A Guide To Growing Your Own Tomatoes (The Correct Way!) 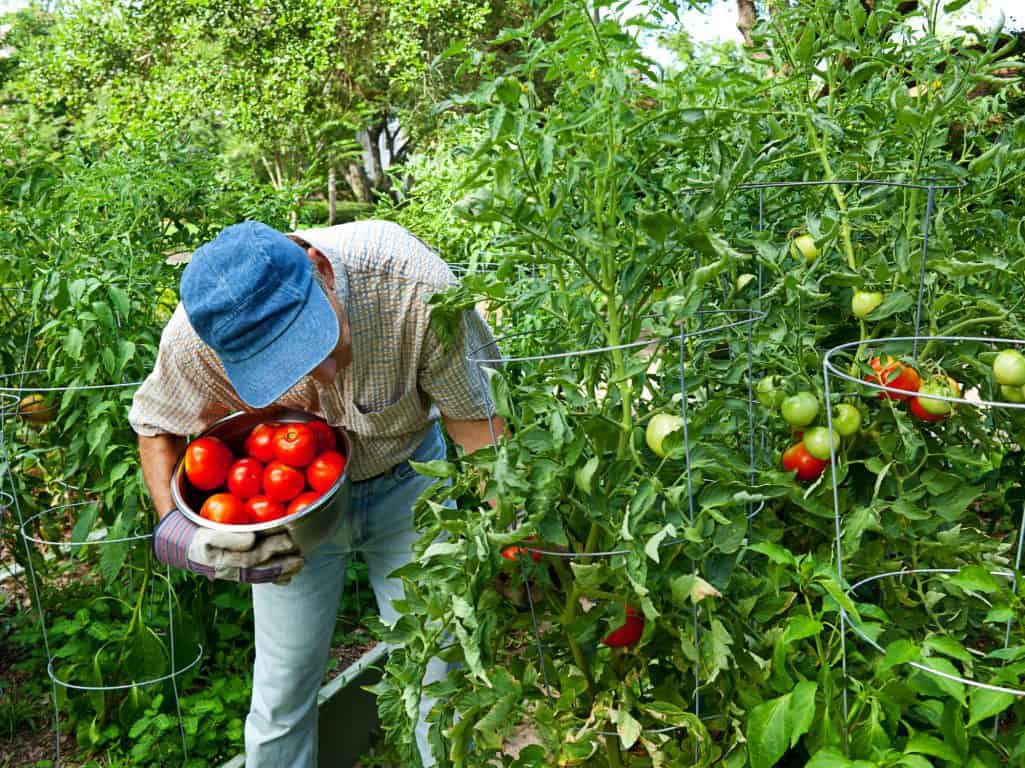 Tomatoes are a healthy and delicious addition to any diet. They are well-known for their versatility in cooking and their juicy goodness straight off the vine.

They are also one of the most commonly home-grown producing plants; according to a study conducted in 2017 by the National Gardening Association, one in three households in the United States enjoy fresh tomatoes straight from a home or community garden.

Apart from the health benefits associated with a diet rich in produce such as tomatoes and their ilk, growing your own tomatoes can be an easy and fun way to save money, boost your veggie intake and learn a thing or two about your green thumb.

Growing your own vegetables can not only boost your physical health but also your mental health; there’s a certain sense of accomplishment and satisfaction that comes with plucking a ripe tomato under a summer sky, knowing you are responsible for its fruition from beginning to end. It beats the grocery store every time!

The necessary steps to take before growing your own tomatoes are numerous, but most amateur farmers find the process not only easy but rewarding. The following breaks it down for you.

How Do I Get Started Growing Tomatoes? 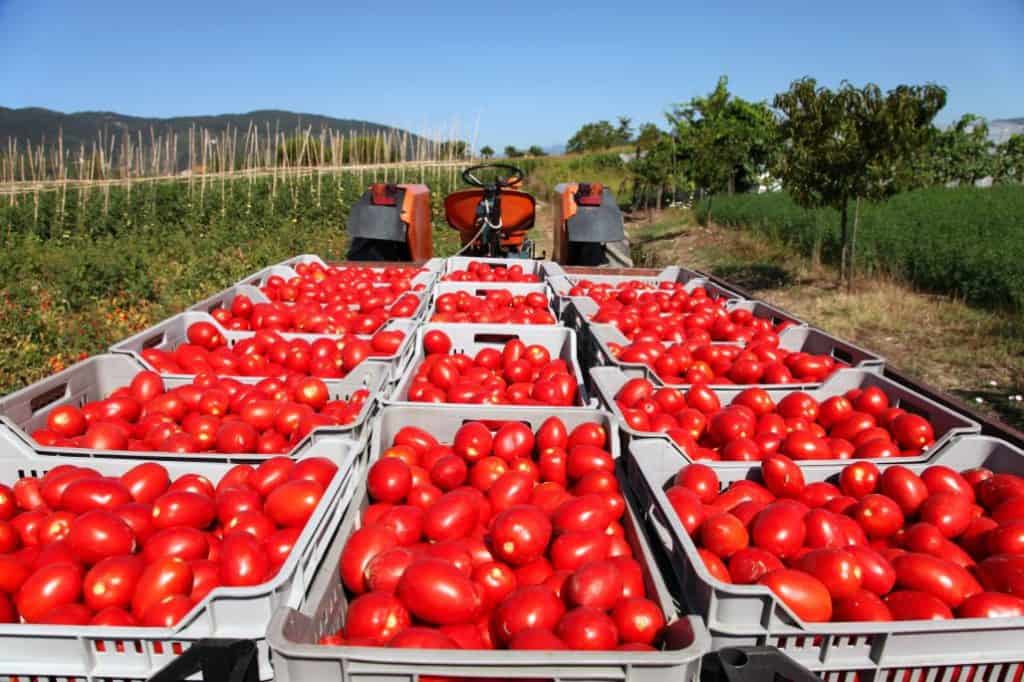 The first thing to decide on is what type of tomato you’d like to grow. A visit to any farmer’s market demonstrates how many variations there are, from the small and round to the long and scrawny to the fat and squat. Each variety differs from the next in terms of flowering time, soil requirements and so on.
Sometimes it helps to go beyond the tomato itself and think about what you’ll be using them for. Are you looking for a nice addition to a spring mix salad? A hearty base flavor for a homemade salsa?

Maybe just a healthy afternoon snack with a little salt and pepper? Here are some of the most common tomatoes available today

One of the most popular varieties, this is a broad subcategory with many variations. However, the basic features are usually the same: small, sweet and firm. These are excellent for snacks and salads due to their bite-sized natures and include the infamous grape tomatoes which come in both red and yellow varieties with subtle flavor differences in each.

Ever had a pico de gallo that blew your mind or a restaurant BLT that was Yelp-worthy? That was probably a beefsteak! These tomatoes are large, succulent and famously juicy, making them the perfect addition to any sauce. Their firm, meaty texture makes them perfect for raw consumption.

These tomatoes reign king of the bloody Mary, the BBQ garnish and the chili stew; grown in collections on community vines, cocktail tomatoes are known for their fruity flavors, their affable, herb-like aroma and their notable lack of seeds, which can make them a versatile addition to recipes.

When you’re sitting at a fancy Italian restaurant and a big, steaming plate of shrimp scampi linguine gets set down in front of you, it’s highly likely you’re about to enjoy some Roma tomatoes. These are the quintessential pasta tomatoes, known for their meaty texture and savory flavor, which pairs excellently with spice and seafood.

With its large size and lumpy, asymmetrical shape, the heirloom is the Quasimodo of the tomato world. But don’t let appearances deceive you; the heirloom is one of the most delectable and versatile tomatoes out there. With a broad spectrum of colors ranging from light green to cherry red to deep purple, the heirloom features an equally diverse array of flavors, from meaty and rich to light and crunchy. 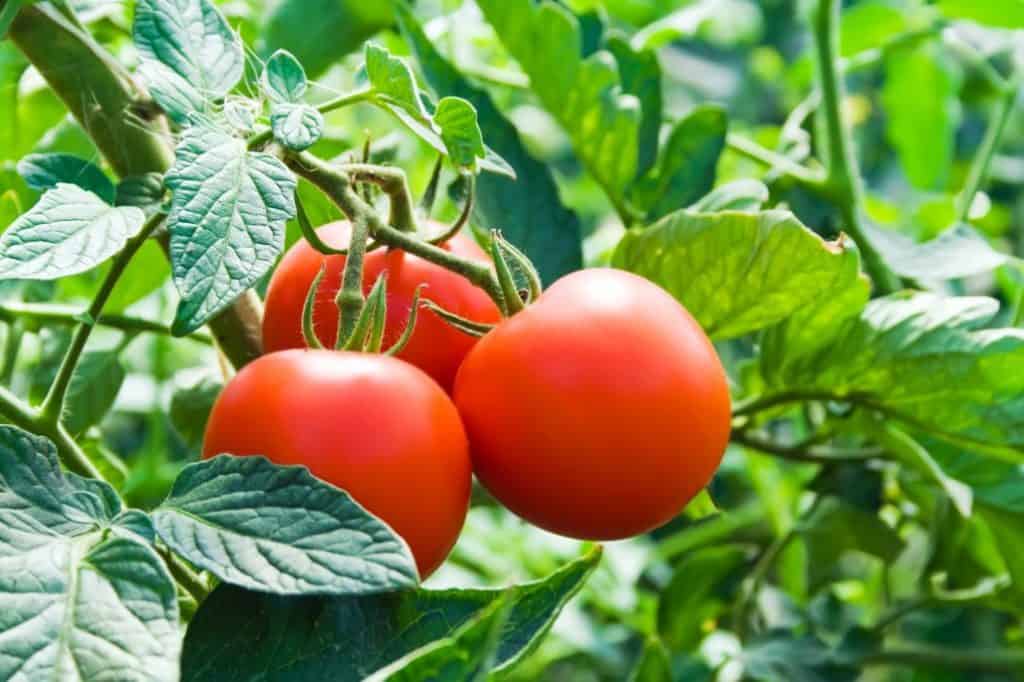 How Do I Grow Tomatoes?

Now that you know what kind of tomato you want to add to your repertoire, it’s time to delve into the methods behind making them grow. There are a few essentials you’ll need before the process is begun.

The most important thing to remember is that the season will indeed affect your crop. Tomatoes thrive best in the late spring and early summer, and unless you have access to a greenhouse, this will be potentially the only time to glean a healthy amount of fruit.

In addition, the trellis is crucial; remember that tomato plants are vine-laden plants, therefore they will seek a firm structure to cling to as they continue to grow upwards. Finding a source for your plants to clutch in their quest towards adulthood can be invaluable and increase your yield.

The Process of Planting

Now that your setup is ready, it’s time to plant those tomatoes. If you choose seeds, it’s important to remember that the plants will need 6 to 8 hours of sunlight every day, so make sure that your location suits their needs, especially if you’ve picked a garden spot.

In addition, tomato plants do well in dry climates, so an inch or two of water a week is plenty to sate them (however, seeds will benefit from water immediately after planting). It won’t hurt to add a bit more if you live in a very arid climate.

When will I Have Tomatoes?

Now, it is time to wait! Depending on your choice, you could be looking at a gestational period of six to eight weeks for seeds and closer to a month for plants.

From Seed to Flower

From Flower to Fruit

From Unripe to Ripe

Naturally, the variety of tomato you choose will affect these numbers somewhat. For instance, cherry tomatoes are famous for ripening much more quickly (around a week, sometimes two) whereas heirlooms, due to their large size, take considerably longer. 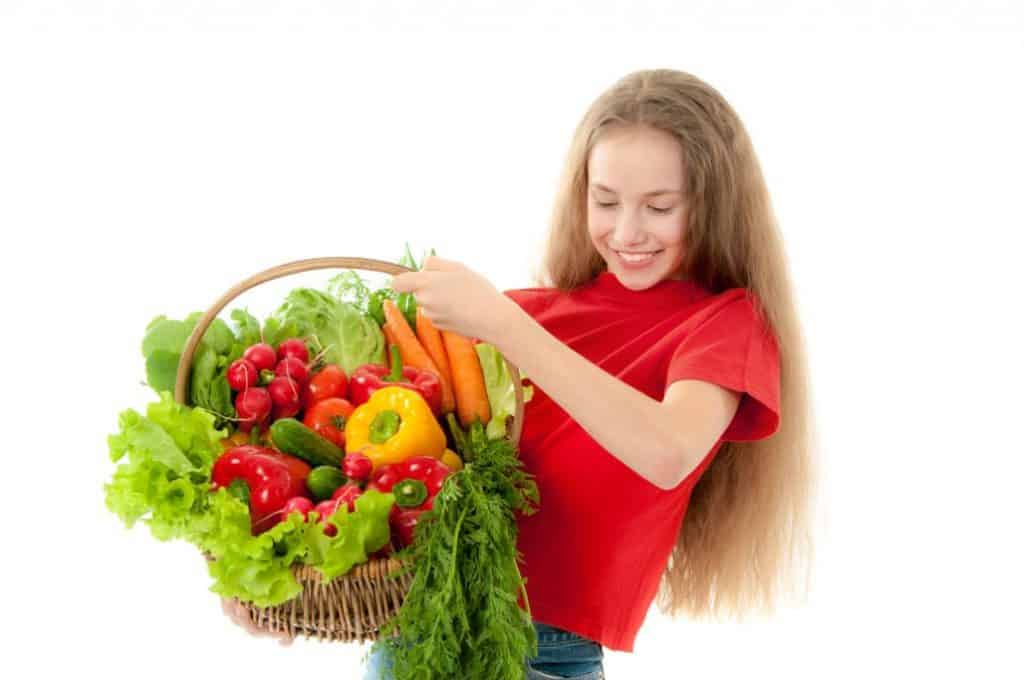 What Kinds of Issues Can I Expect?

There are pitfalls with any gardening endeavor, of course, and tomatoes are no exception. Indeed, for all the ease that their harvesting is known for, they are often more prone to problems than most commonly grown home vegetables.

For one thing, the temperatures that tomatoes require to grow properly can prove narrow and fickle; for example, even if your summer days are well within the standards of 80 to 90 degrees Fahrenheit, if the evenings drop to below 50 due to humidity or elevation, you might notice that your fruit yield is significantly lower.

Many tomato enthusiasts will begin the process of cultivating a tomato crop indoors for that reason, placing the young plants outside for some sunshine and then removing them from the dangerously low nighttime temperatures.

Another common issue is pests. It appears that we aren’t the only ones who find tomatoes delicious. While mites are always issues with any garden (they appear as tiny white specks on the leaves sometimes), one of the most notorious fiends for tomatoes are caterpillars.

Late spring and early summer are notorious times for the young of moths and butterflies to begin their inevitable process of eating everything in sight prior to their metamorphoses, and tomatoes, with their sugar-rich fruit and succulent leaves, are the perfect target.

Tomato hornworms are the most notable due to their large, voluptuous sizes; they appear as fat green worms, sometimes cleverly hidden. Tomato hornworms are the larvae of the hawkmoth, which is native and widespread across North America and Australia, and these little guys will absolutely desecrate a crop of tomato plants within a matter of days if left to their own devices.

Pests can be controlled with a simple and relatively humane method: just pick off the fat caterpillars and discard them. If you find that these pesky, unwanted squatters keep returning to feast upon your plants, a marigold plant, placed near your plants, can repel them just as well. The caterpillars hate marigold and will avoid it.

There are pitfalls far greater than caterpillars, however. Blight is another common issue with young and burgeoning tomato plants. Seasoned veterans of tomato growing know that blight can be a death sentence if left unchecked.

It appears as a browning, curling or yellowing of the leaves of a tomato plant, eventually morphing into a slow release of the lower leaves of a young plant.

Though the plants can recover from these issues on their own, especially if the problem is fairly new and not spreading to the upper portions of the plant itself, blight can be eradicated successfully.

Always remove leaves and stems that appear to be afflicted, and remember to wash your hands afterward. An organic fungicide can do wonders as well.

Anyone can grow their own tomatoes. It’s a rewarding endeavor for many reasons beyond that delicious summertime treat. And your neighbors will probably thank you, too!

How to Put Grass in your Yard?

How to Repel Plant-eating Rabbits

How to Make a Compost Pile ( For A Sustainable Garden!)

How to Hang String Lights (Easier Than you Probably Think!)