A Newbie’s Guide to Distances in Space 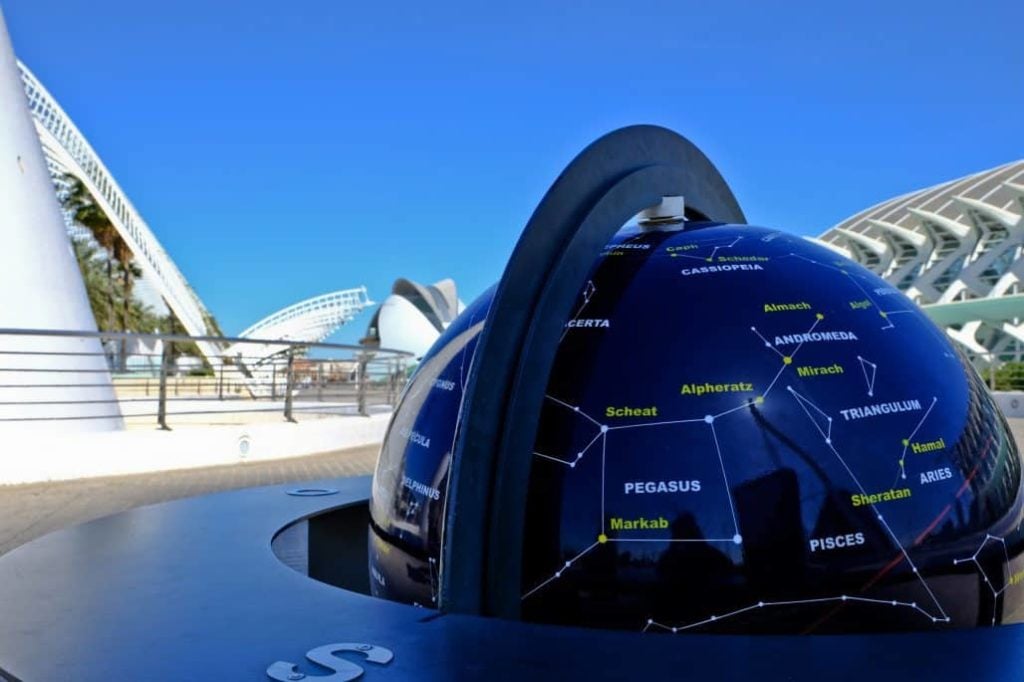 One of the most common questions asked by those with at least a passing interest in astronomy regards the unimaginably enormous distances in space. As soon as we leave the borders of our solar system, to refer to distances in space by miles or kilometres, as we are used to here on Earth, quickly becomes completely impractical.

The following guide will help to put astronomical distances into perspective by starting from Earth and heading further out until we reach the very edges of the known universe. 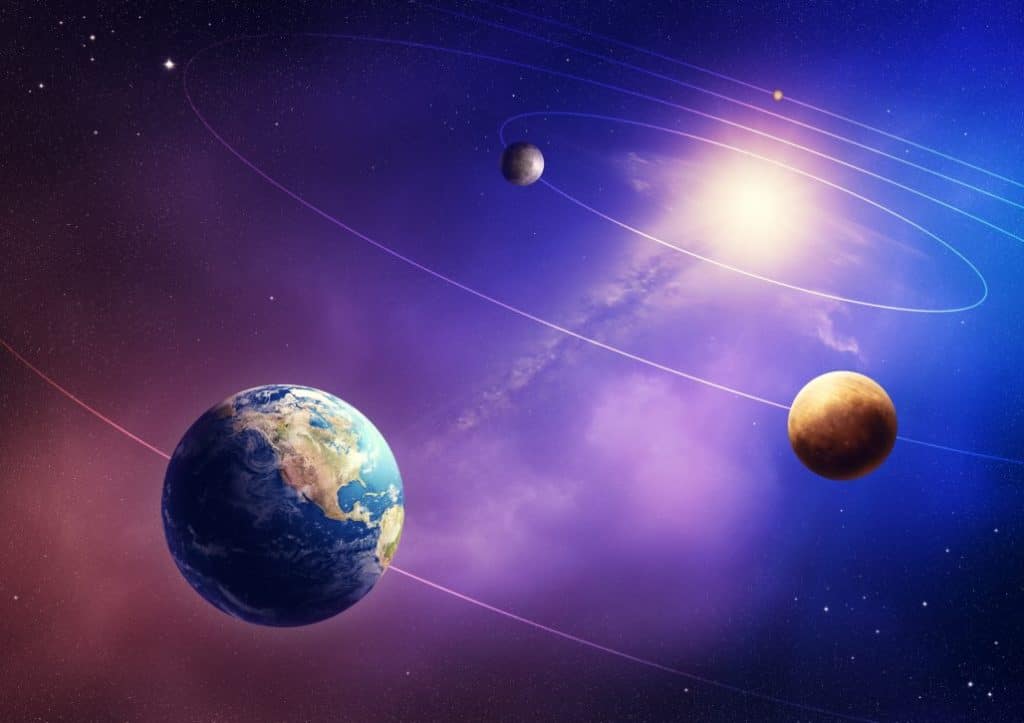 While miles are often still used casually when referring to distances in our own Solar System, such as the distance of the Sun or Mars from Earth, science prefers to use a measurement called an “Astronomical Unit” in many situations

Space, or Earth’s low orbit starts at approximately 160 kilometres above the planet’s surface. To reach orbit, an object such as a space rocket needs to be moving fast enough to escape the Earth’s atmosphere, lest it burn up.

This speed, known as the escape velocity, is 7 miles per second or around 25,000 miles per hour.

Significant man-made objects in Earth’s orbit include the International Space Station which orbits 406 km (252 miles) from the surface and the Hubble Space Telescope, orbiting at a distance of 598 km (372 miles). GPS satellites orbit at a distance of around 20,000 km (12,427 miles) and communication satellites at around 36,000 km (22,369 miles).

Earth’s one and only natural satellite is the Moon, which lies at a distance of 384,000 km (239,000 miles) orbiting the Earth once every month (hence the phases of the Moon). The furthest human beings have travelled from our own home world is only slightly further than this.

Once we move beyond the moon, distances run into the millions of miles. The Sun, for example, is around 150 million km (93 million miles) from Earth.

This equates to one astronomical unit, a distance commonly used to refer to distances between celestial bodies in the Solar System.

The distance of the other planets varies greatly, since they are all orbiting the Sun in different times, rather like cars going around a very wide race course. When Mars, for example, is at its closest to Earth, it is around 56 million km (34.8 million miles) from Earth. Venus, Earth’s nearest neighbour, lies a minimum distance of 38 million km (23.6 million miles).

In order from nearest to furthest from the Sun, the terrestrial planets consist of Mercury, Venus, Earth and Mars. After Mars, however, the distances to the outer planets, Jupiter, Saturn, Uranus and Neptune, increase exponentially.

Jupiter orbits at a minimum distance of 590 million km (367 million miles) from Earth while the outermost planet, Neptune, is more than seven times further away than Jupiter from Earth, orbiting at a distance of 30 astronomical units from the Sun. 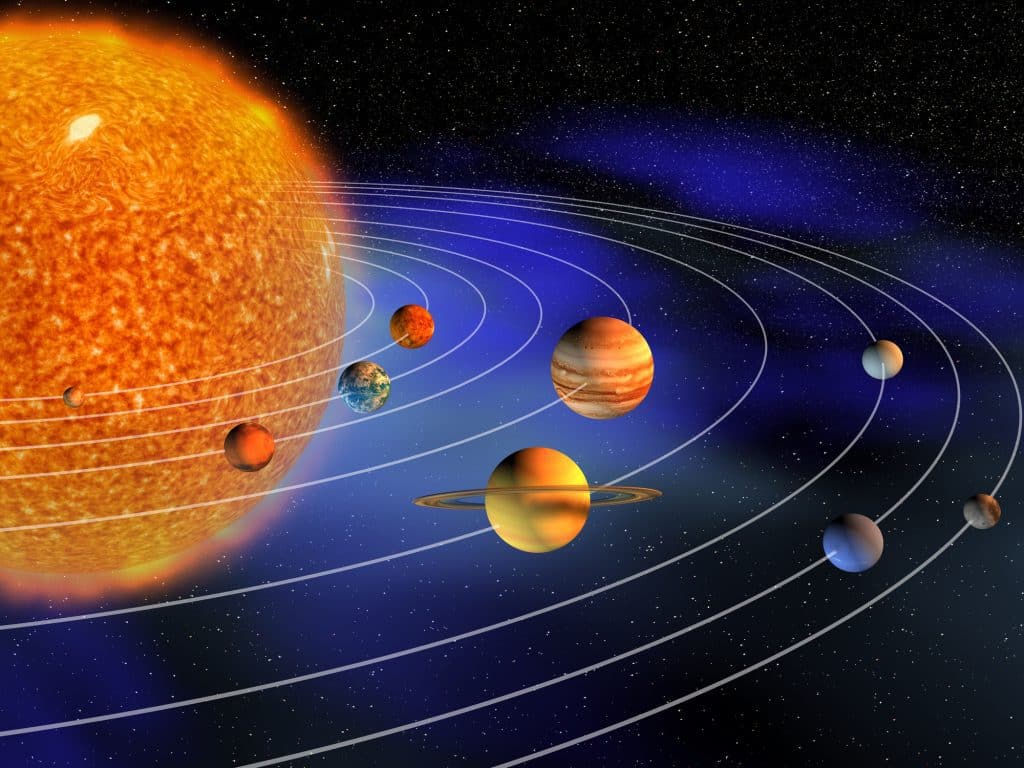 Other Stars And Solar Systems

The outer-most reaches of the Solar System comprise the Kuiper Belt, a collection of minor planets and asteroids. This region extends roughly another 2.5 billion km (1.6 billion miles) further than the orbit of Neptune.

The furthest man-made object is the now rather lonely Voyager 1 space exploration probe, travelling out towards interstellar space at a distance of 18 billion km (11.2 billion miles) from home.

Keep in mind that it has been travelling since its launch in 1977 to get that far.

As if distances in the Solar System itself didn’t seem outrageous enough, distances beyond that are vastly greater. At this point, the use of any form of terrestrial measurement system becomes completely impractical. This is why light-years are used to refer to such distances.

Light travels at approximately 300,000 km (186,000 miles) per second in a vacuum. This is the speed limit of the Universe and absolutely nothing, neither natural nor man-made can ever travel faster than this, as dictated by Einstein’s Theory of Relativity.

While something travelling at 300 thousand km per second might seem extremely fast, it is a crawling speed when it comes to the vastness of space.

Light takes 4.3 years to travel from the nearest star to Earth other than the Sun. This star is called Alpha Centauri, located in the Centaurus constellation. It is one of the brightest stars in the night sky. Imagine that something travelling 300 thousand km per second still taking 4.3 years to get to Earth!

To put this in perspective, imagine that a human being was sending a radio message to someone on a planet in the Alpha Centauri solar system. It would take 4.3 years to send the message (since we radio waves travel at light speed) and the answer would take another 4.3 years to get back to Earth, making for a round trip of 8.6 years!

This is why science uses light-years to refer to distances in interstellar space. One light-year is the distance that light travels in one year – or 94,607,304,725,808 kilometres! In astronomy text books, you will also likely come across the measurement “parsec.” This is equivalent to 3.26 light-years.

Alpha Centauri is one of approximately 200-400 billion stars in the Milky Way galaxy. Our own solar system is close to the edge of the galaxy. The Milky Way is around 110,000 light-years in diameter.

Space does not stop at the edge of the Milky Way galaxy, however. The nearest galaxy outside of it lies at 2.5 million light-years from us. The diameter of the observable universe (everything that we can see), comprising billions of galaxies, is about 46 billion light-years. 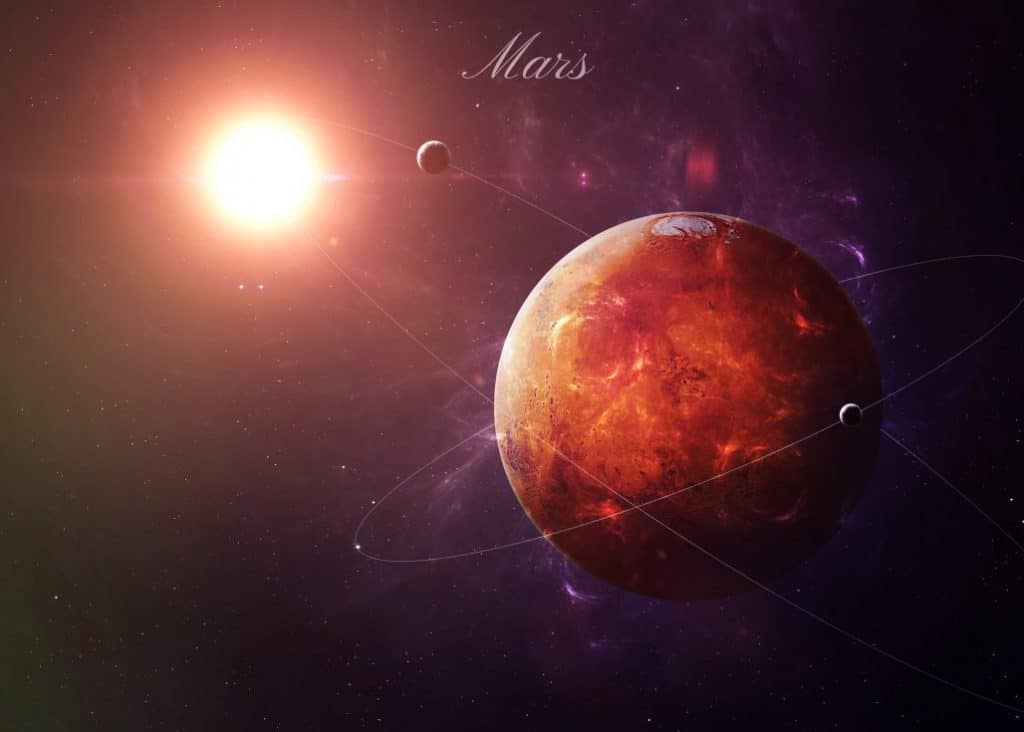 Why We Are Looking Back In Time Whenever We Look At The Night Sky?

Time travel might seem like something of science fiction but, in fact, you are looking back in time every time your eyes are open.

Since nothing in the universe can travel faster than the speed of light, everything that you can see takes this into account. For example, light travels from the Sun to Earth in eight minutes. For example, you are seeing the Sun as it was eight minutes ago.

Never look directly at the sun through binoculars or a telescope though, since it can severely damage your eyes. When you look at our nearest star, Alpha Centauri, you are seeing it how it was 4.3 years ago. If the star suddenly vanished out of existence tomorrow, no one could know this until 4.3 years later.

As we look deeper into the observable universe, we are looking even further back in time. This is how scientists know what the early universe looked like. Light has taken billions of years to travel from the farthest galaxies that we can see, hence we are seeing those galaxies how they looked billions of years ago, even though they might not even exist anymore!

Currently, the fastest man-made object, the Voyager 1 space probe, is travelling 17.05 km (10.59 miles) per second relative to the Sun but even at this speed, it will take about 72,000 years to get to the nearest star if it were heading in that direction.

While we can do much better with more current technology, the travel time would still be far greater than many human lifetimes. With our current understanding of technology, it does, however, seem theoretically possible to reach speeds of around five per cent of the speed of light using nuclear pulse propulsion methods, but this would still take a prohibitively long time.

Even if antimatter propulsion systems were ever built, they would still not be able to reach more than about half the speed of light and, travelling at such speeds, there are plenty of other factors to take into account as well.

Unless we can find a way to somehow circumvent the speed limit of the Universe (i.e.: the speed of light), we will probably never be able to visit other stars and solar systems. Faster-than-light space travel is still entirely a theoretical concept and the warp drives of science fiction remain impossible based our current knowledge of physics.

There are, however, speculative theories that suggest it is possible to bend space-time in such a way that we can get around this fundamental obstacle, but it remains to be seen whether or not this will ever become a reality.