Applications for Collimated Light in Astronomy 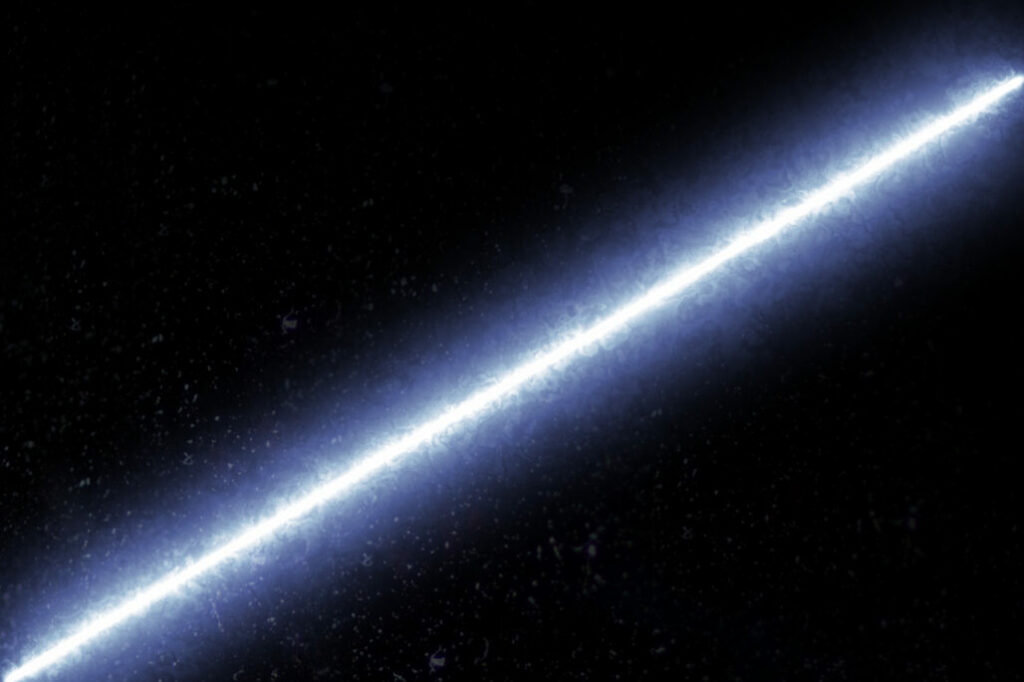 What is Collimated Light?

Uses for Collimated Light in Astronomy

Spectroscopy – One of the most important methods in astronomy. Spectroscopy is splitting a beam of light into its individual wavelengths, or its spectra. Think shining a white light through a prism and seeing a rainbow on the other side. Astronomers study spectra from stars and galaxies to study their chemical composition. There are three laws that govern spectroscopy.

The dark lines in the spectra appear in the space place as the emission lines would if the cloud of gas was hot and made of the same material.

In astronomy collimating is often used in a different way, it is the process of aligning the optics of a telescope. Adjusting the mirrors and/or lenses to get the best image possible. In 2018, Michael Coughlin et al. published a paper entitled “A Collimated Beam Projector for Precise Telescope Calibration”. Though all “projection” of light is still on a relatively small scale for telescopes.

While I do not see any major application for your technology for astronomy at a high level, I can see great uses for it in an educational setting. I taught physics and optics labs and often when we worked with spectroscopy the spectrums were all very small and hard to find emission or absorption lines. You could look into using your technology for optics demos at the high school and University level. For that I would suggest reach out to professors who are in charge of running physics labs at their given universities.