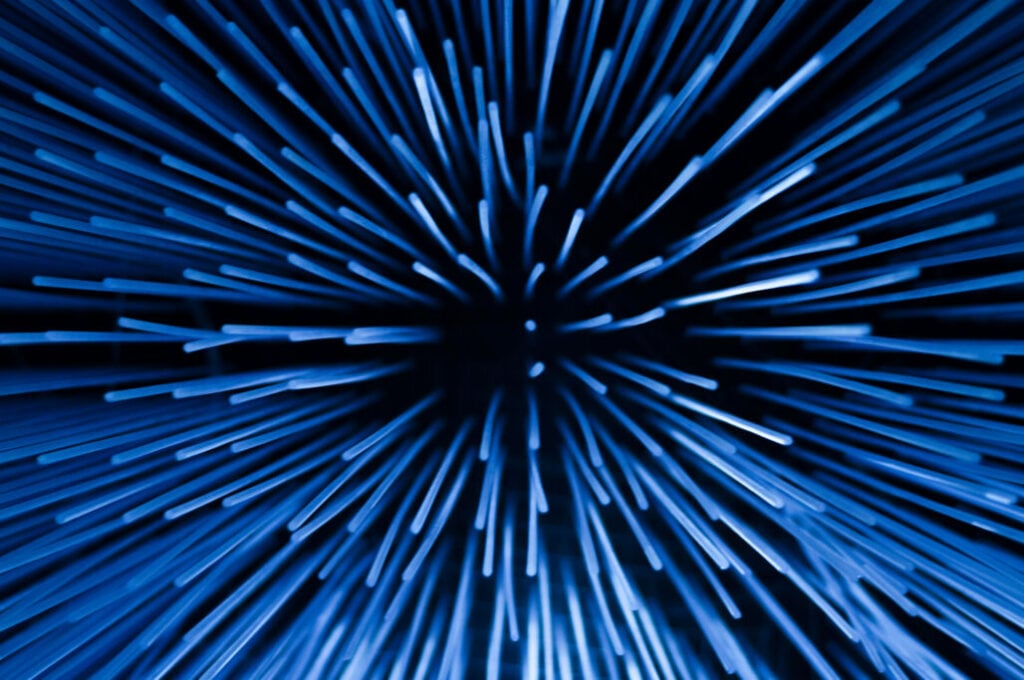 What Are Cosmic Rays?

Cosmic rays are high energy particles originating from outside of our solar system. They travel at nearly the speed of light. They move so fast some harness millions of times more energy that our most powerful particle accelerators, making some cosmic rays the most energetic particles ever observed in nature.

Within cosmic rays we find sub-atomic particles like electrons, neutrons, and neutrinos, but most cosmic rays are atomic nuclei stripped of their atoms. Cosmic rays are one of the few sources of matter from outside our solar system we have access to.

Where Do Cosmic Rays Come From?

We only know where the lowest energy cosmic rays come from, we still do not know the origin of high energy cosmic rays. All we know is that something very powerful is throwing these incredibly energetic particles around the Universe. Cosmic Rays have a range of energies (109 – 1020 eV), and this can give us hints as to where they come from.

The lowest energy cosmic rays come from our Sun in solar winds. The Sun is constantly expelling charged particles into our solar system. Low to medium energy cosmic rays (1018 eV) could come from within our own Milky Way Galaxy. They could originate directly or indirectly from the death of certain stars in a supernova explosion.

See also
Ultimate Review of The Best Dobsonian Telescopes in 2022

So powerful that it has energetic jets shooting out past their host galaxy. If these jets are directed towards Earth, they could be shooting highly energize cosmic rays directly at us. As these high energy cosmic rays shoot through the Universe they are not affected much by the weaker magnetic fields in the space between galaxies.

This should give us the chance to trace their path backwards and find their source. However, none of the cosmic ray events with energies greater then 1020 eV point back to a valid source. So where are they coming from?

This mystery gets even stranger when scientists analyze that unless the source of the cosmic rays is relatively close to the Milky Way (within 100 million light years), collisions between cosmic rays and microwaves that are everywhere in our Universe, would have reduced the cosmic rays’ energies below 1020 eV before they hit earth, which they are not. But the paths of the cosmic rays do not point back to and know object that could produce such high energy particles.

The study of cosmic rays is truly spectacular. Scientist have taken hot air balloons and climbed mountains in hopes of understanding these mysterious particles. Cosmic rays were first discovered by Australian physicist Victor Hess in 1912. He rode a hot air balloon to 5300 meters above sea level and measured the ionization rate in the atmosphere.

He found this rate to be three times what it is at sea level. He concluded that the radiation must be coming from outer space. Since then, scientists have been studying cosmic rays for over a century and with each passing decade they discover increasingly rare, higher energy cosmic rays. In 1927, the first photographs of the paths of cosmic rays were taken in c aloud chamber. In 1938, extensive air showers of cosmic rays were discovered by Pierre Auger leading to the first air shower experiments taking place in 1946.

In 1991, the highest energy cosmic rays ever detected where observed by the Fly’s Eye cosmic ray detector in Utah, USA. The Utah researchers measured the unusual energy of 3.2×1020 eV. This was six times higher than their theory predicted because they assumed these particles should rapidly lose their energy during their travels. The largest scientific mission to search for and understand cosmic rays to date is the Pierre Auger Observatory officially launching in 2003 and reviling its first result in 2005.

Scientist also study the composition of cosmic rays to gain understanding of what their source may be. They study what fraction of cosmic rays are electrons, protons, a helium nucleus, or other nuclei of elements form the periodic table.

See also
Just How Special Are Eclipses? - A COMPLETE Guide

All natural elements in the periodic table can be found in cosmic rays. Elements lighter than iron are produced by stars. Heavier elements are made in violent explosions such as a supernova at the end of a massive star’s life. Studying the abundance of elements in the cosmic rays can give us insights to their sources and their trip through space.

Approximately 90% of cosmic rays are protons (hydrogen), and about 9% are alpha particles (helium). The remaining 1% is made up of other elements. Determining how much of this 1% is made up of rare elements and isotopes can help us determine where the cosmic rays originated.

Scientists think this is because hydrogen and helium are very light, so it is hard to accelerate them to the speed we see with cosmic rays. We also see beryllium, boron, and lithium that are common in cosmic rays but rare in our solar system. This is also true with heavier elements between silicon and iron.

The reason for this is believed to be that the lithium, boron, and beryllium we see are fragments of heavier cosmic ray elements such as oxygen and carbon. Similarly, the heavier elements between silicon and iron found in cosmic rays could have been supplemented by fragments of elements. These are referred to as secondary cosmic rays.

If we assume the cosmic rays stayed within the galaxy, we can take the amount of matter they passed through and divide it by the average density of interstellar space to get a prediction for the age of cosmic rays. This method leads to the result of an average cosmic ray age of approximately two million years; however, this is incorrect.

The assumption of an average interstellar density assumes cosmic rays stay in regions of density of one atom per cubic centimeter, but cosmic rays spend a large amount of their time in lower density regions.

Even though scientist have been studying cosmic rays for over a century, they are still a great mystery. However, scientists are discovering new things about cosmic rays every day. Understanding cosmic rays will help us understand the composition of our Universe and the origin of these powerful particles.

Do they come from an invisible powerhouse? Remnants of the Big Bang? Or are they being accelerated by an unknown force? There are many questions left to answer to uncover the mystery of cosmic rays.