10 Incredible Facts About Space That Will Surprise You! 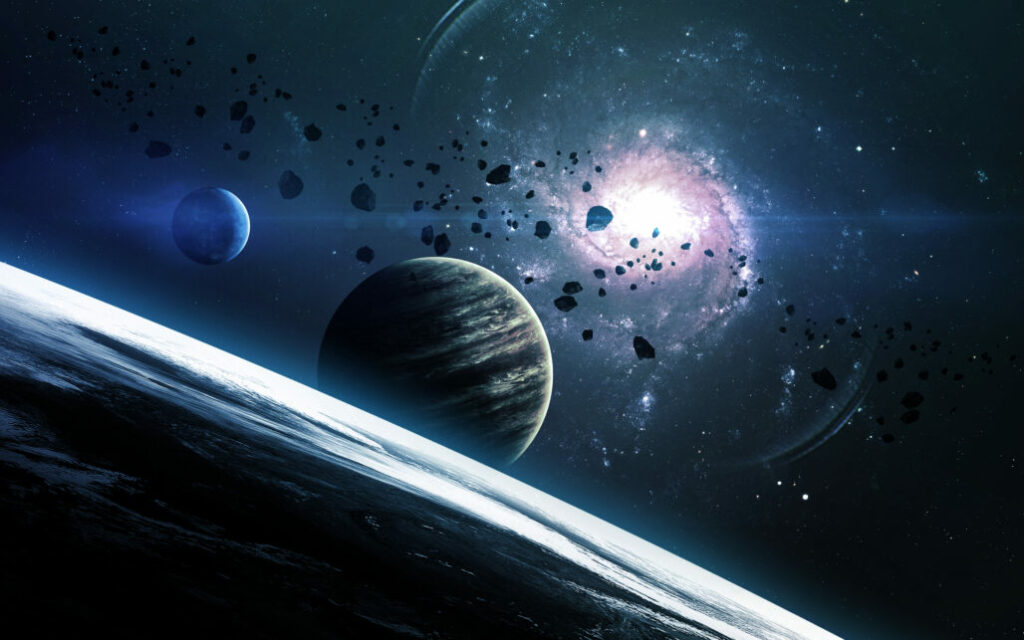 Comets can be thought of as dirty space snowballs. They were formed millions of years ago during the formation of our solar system. Like planets, comets orbit the Sun, however their orbits are very large, often reaching out past the orbits of many planets. This is why we only see comets every now and again. Halley’s comet was last seen in 1986 and won’t be seen again until 2061.

2. The lunar surface will be home to the first footprints for millions of years

On Earth tracks from humans and animals do not last long. We have an atmosphere which gives us winds and weather. The Moon has no atmosphere. This means that there is no weather or water to erode the footprints the astronauts left on the Moon. Unless there is an impact on the Moon near by the Apollo landing site that blows up dust from the surface of the Moon, the footprints and the spacecraft prints will be there for millions of years.

3. The Milky Way will collide with our neighbor the Andromeda galaxy.

While galaxies seem far apart, many are relatively close to each other and will collide. In 4 billion years, our Milky Way galaxy will collide with our neighboring Andromeda galaxy. Computer simulations predict that it will take another 2 million years after the initial collision for our two galaxies to fully merge into one new galaxy.

4. We don’t know exactly where the Moon came from

There are a few abnormalities about our Moon that make astronomers question how it got here. Because of this we do not know exactly where the Moon came from but there are many theories. The leading theory and the most widely accepted is the Great Impactor Theory.

This theory suggests that a large object, about the size of Mars, impacted Earth soon after the solar system formed. This impact caused large amounts of heated material to be ejected into space by both the Earth and the colliding object, called Theia. Eventually, this ejected material collected and formed our Moon.

Jupiter is one of the gas giants and may be one of the most spectacular looking planets. Its outer atmosphere is made up of mainly hydrogen and helium with small amounts of other elements. Clouds of these elements have varying shades of white, orange, brown, and red.

These clouds can be seen in bands caused by winds rotating around the planet at different rates, with round storms speckled throughout. Jupiter’s most recognizable feature, its giant red spot is actually a large storm, larger than the Earth. While we have seen this red spot for as long as we have been observing Jupiter, the spot is shrinking.

While many things could change and affect the growth of this storm, if it continues its path of reduction it could disappear in the next 20 years according to researchers at NASA’s JPL in California.

Black holes are known for their immense gravitational pull, so powerful that even light can’t escape its grasp. This gives the impression that they eat anything that gets too close. There is balance to the Universe in terms forces, the exchange of energy, and many particles and objects. So is there a counter part to a black hole.

Yes, in theory. White holes are the theoretical opposite of black holes and are purely hypothetical objects. They are theorized to operate in the opposite way to a black hole. If nothing can escape a black hole, then nothing can enter a white hole. Could white holes be lurking somewhere in the Universe waiting to be discovered? Or could they be what’s on the other side of a black hole?

7. There are rogue planets that float through space alone.

While it would be easy to assume that other planets all orbit stars like the ones in our solar system, this is not always the case. Out in our galaxy there are what are known as rogue planets. These planets do not orbit any stars but are floating through space alone orbiting the galactic center.

8. There is a moon in our solar system that looks different every few thousand years

There is a moon of Jupiter, Io, that may be one of the most volatile places in our solar system. It is covered in volcanoes, more than 100 of which are active. This constant volcanic activity causes the surface of Io to be recovered every few thousand years as lava flows over its surface.

On Mars however our rovers are seeing something completely different. Images from rovers have shown yellowish skies during the day and blue-grey skies at sun set. This is due to Mars’ atmosphere being mainly made up of carbon dioxide and fine dust particles as well as being much thinner than Earth’s atmosphere.

10. A year on Venus is shorter than a day on Venus.