How Active is Our Sun? 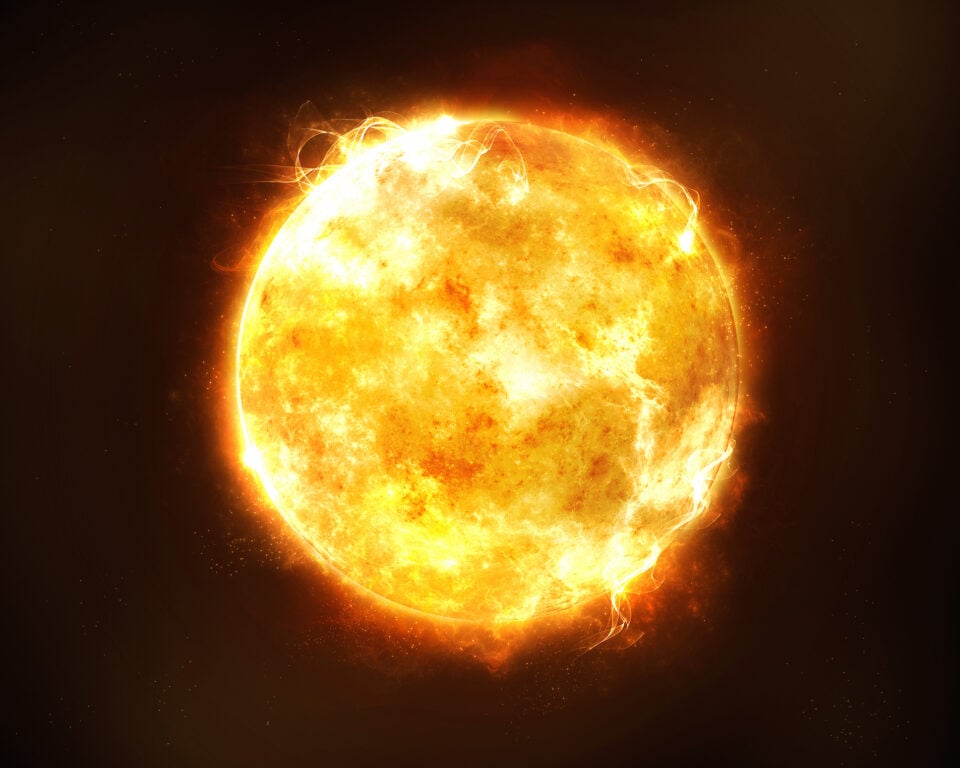 While to us the Sun may appear reliable and consistent, it actually is a very volatile object. The Sun is a giant ball of gas and plasma fueled by nuclear fission. On its surface there are electrically charged gases the generate strong magnetic fields. These gases are constantly moving, which causes the magnetic fields to get manipulated, stretched, and intertwined. All of this motion causes a lot of activity on the Sun’s surface, called solar activity.

See also
Exoplanets: Other Worlds That Will Fascinate You!

We are currently in Solar Cycle 25 which began in December 2019. Making the next maximum we will experience predicted to be between November 2024 and March 2025. However, as discussed by NASA scientists, the Sun’s activity has been ramping up quickly even though we have not yet reached peaked levels in this cycle. As solar activity increases it impacts our technology and communications on Earth.

Scientists work to improve our predictions of the strength and durations of solar cycles. Being able to predict solar cycles can help scientists forecast solar conditions, called space weather. Predicting and forecasting space weather can help scientists protect astronauts, space stations, satellites, as well as radio communications on Earth. As we will explore later, intense solar activity can affect us here on Earth.

As discussed previously, sunspots are areas on the surface of the Sun that appear darker. The reason that they appear darker is because they are cooler than other parts of the Sun’s surface. Though being cool on the Sun is still very hot, these sunspots have temperatures of around 6,500 degrees Fahrenheit (3,593 degrees Celsius) in comparison to an average surface temperature of 9,940 degrees Fahrenheit (5,504 degrees Celsius). Sunspots are cooler than the rest of the surface because they are areas where magnetic fields are particularly strong. So strong in fact that they keep some of the heat inside the Sun from reaching the surface.

Near a sunspot, magnetic field lines often get tangled and then reorganized. When this happens, it can cause a sudden explosion of energy called a solar flare. Below is a video captured by NASA’s Solar Dynamics Observatory, the solar flare is the bright flash. You will also notice what appears like a large loop jumping off the right edge of the Sun, this is a coronal mass ejection.

Can this Activity Affect Us Here on Earth?

It sure can! While the Sun is more than 93 million miles away, we feel its power every day in the form of heat and sunlight. However, sunlight and heat are not caused by the extreme events we looked at above. The Earth has a magnetic field that protects of from the majority of radiation and charged particles coming from the Sun. But what happens to Earth when something like a coronal mass ejection jumps off the surface of the Sun? The particles released in a coronal mass ejection are charged and if they make it to Earth they interact with our magnetic field. In simple cases this causes lights in the sky called auroras, or more often known as the Northern lights, though they are common in the South pole as well.

See also
Why Do we Have Seasons?

They occur most prominently near our poles because this is where the lines of our magnetic field converge. The gases in our atmosphere affect the colors we see. Oxygen gives off green and red light and nitrogen gives off purple and blue

In extreme cases a very strong coronal mass ejection’s charged particles can interfere with our power utility grids. In the worst cases they can cause power shortages and black outs. This is another reason why scientist work hard to predict solar activity. If we can predict when an extreme coronal mass ejection may hit Earth, we can prepare and hopefully prevent a lot of damage and protect lives.

Do Other Planets Get Auroras?

Yes, they do! These charged particles shot out from coronal mass ejections can travel extremely far. Auroras on Earth are a combination of an atmosphere and magnetic field interacting with the charged particles. So, if a planet has its own atmosphere and magnetic field then they too probably have auroras. We have been able to see auroras on Jupiter and Saturn.