Just How Special Are Eclipses? – A COMPLETE Guide 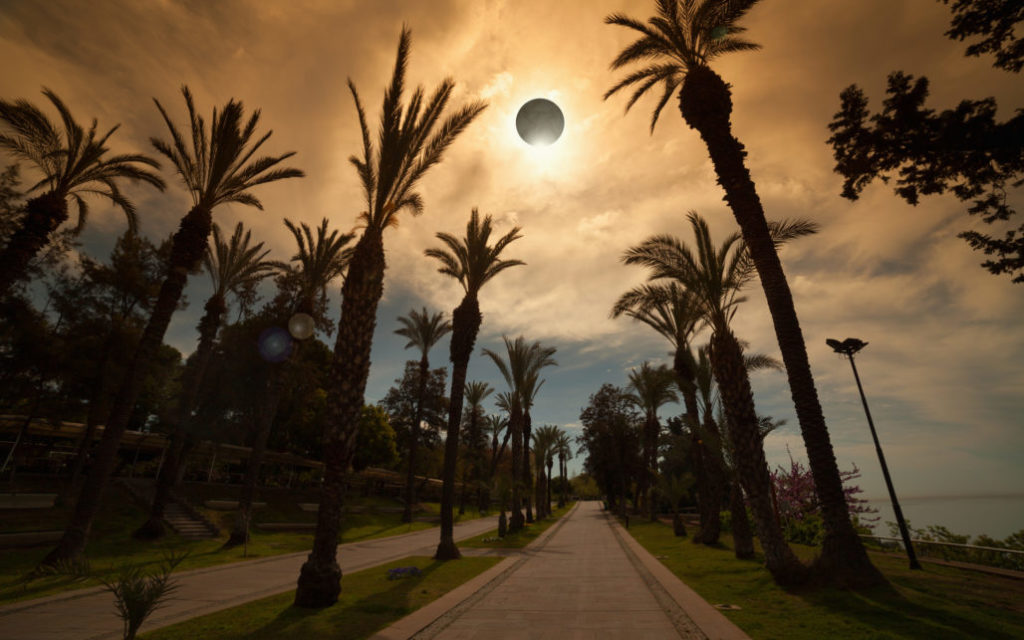 The Moon makes a full circle around the Earth once a month. As it does, its orientation to the Sun changes and the amount of its surface we can see lit up by sunlight changes. This is how we get the phases of our Moon, from New Moon to Full Moon and back again. Below is a diagram comparing how the Moon looks from the Earth’s point of view and how it would look from a bird’s eye view in space.

Still a bit confused? Here is a great video on the Moon’s phases.

This is because the Moon’s orbit around the Earth is not flat.

For either eclipse to occur the alignment must be just right.

As we discovered above, a lunar eclipse happens when the Moon passes into the Earth’s shadow.

This is the hardest lunar eclipse to see, and if you don’t know it’s happening, you probably won’t even notice it. A penumbral eclipse occurs when the Moon travels through the Earth’s penumbra (view diagram above), or the faint outer part of the Earth’s shadow. When passing through the penumbra the Moon will dim ever so slightly.

Sometimes, due to an imperfect alignment, the Moon will only pass through part of the Earth’s umbra (view diagram above), the darkest part of it’s shadow. A shadow will grow and appear on the Moon and then recede, without ever fully covering the Moon.

Why Does the Moon Turn Red?

There is a phenomenon that makes our sky blue during the day but turn red at sunset. It’s called Rayleigh Scattering. Light travels in waves and the different colors of light have different physical properties. Blue light has a shorter wavelength, this makes it easier to be scattered by particles in Earth’s atmosphere.

Red light has a longer wavelength and will travel right through the Earth’s atmosphere with little to no scattering. When the Sun is overhead, it is 90 degrees to the Earth’s surface, this is when it has the shortest amount of atmosphere to travel through before getting to our eyes.

See also
How does a Newtonian telescope work?

During a lunar eclipse the Moon turns red because the red light is the only light that makes it all the way through the Earth’s atmosphere to the lunar surface.

The counterpart to the lunar eclipse is the solar eclipse. A solar eclipse occurs when the Moon passes between the Earth and the Sun perfectly and covers the Sun, casting a shadow onto Earth’s surface.

A partial solar eclipse occurs when the Moon only covers part of the Sun. This can be due to the Moon and Sun not lining up perfectly, or the viewing angle here on Earth. On the day of a total eclipse, you will only see a partial eclipse if you are not in the direct path of the Moon’s shadow.

See also
Ultimate Review of The Best Computerized Telescopes in 2022

If the Moon and Sun’s centers are aligned, why do we not see a total eclipse? This is because the Moon’s path around the Earth is not a perfect circle, it is an ellipse. When the Moon is further from the Earth, it appears smaller, resulting in only an annular eclipse if it passes in front of the Sun.

A total eclipse occurs when the Moon, Sun, and Earth are aligned just right, and the Moon blocks the entire Sun for a short period of time. The only light that is left is from the Sun’s corona, as seen below, this light is not directed at Earth, which is why there is a shadow cast on Earth.

Those who are lucky enough to be in the path of a total eclipse will see the Moon slowly move in front of the Sun until it reaches totality, and the sky will turn dark. The Moon will then continue to pass and reveal the Sun once again. Totality can last up to seven and a half minutes but is usually shorter.

Not any eclipse glasses will do. Make sure to verify that the product’s label says it is ISO verified. ISO is the International Organization for Standardization Filters. Glasses that are ISO compliant not only reduce visible light to safe levels, but block UV and IR radiation as well.

How often do Solar Eclipses Occur?

The next total solar eclipse will pass over parts of the United States on April 8th, 2024. Below we will discuss everything you will need to prepare for this event. Below is a map of the paths of totality of solar eclipses for the next 12 years.

Do All Planets Experience a Total Solar Eclipse?

While all planets that have moons that orbit in the path of the Sun will experience some sort of eclipse at some point in time, not all planets will experience a total solar eclipse. Only the Earth, Jupiter, Saturn, Uranus, and Neptune have moons that are the right size and the right distance between the Sun and the planet to create total solar eclipses.

Will We Always See a Total Solar Eclipse?

Nope, total solar eclipses are very special, and they are not guaranteed forever. Our Moon is slowly moving away from Earth, about 1.6 inches every year. In the future it will be too far away and appear too small in the sky to fully cover the Sun.

While this will not happen for a very long time, about 600 million years, you should still try and see an eclipse if you can and be part of the small portion of humanity that gets to experience this miraculous event.

Just don’t forget to use your eclipse glasses!