Why is the Sky blue? Simplified Explanation! 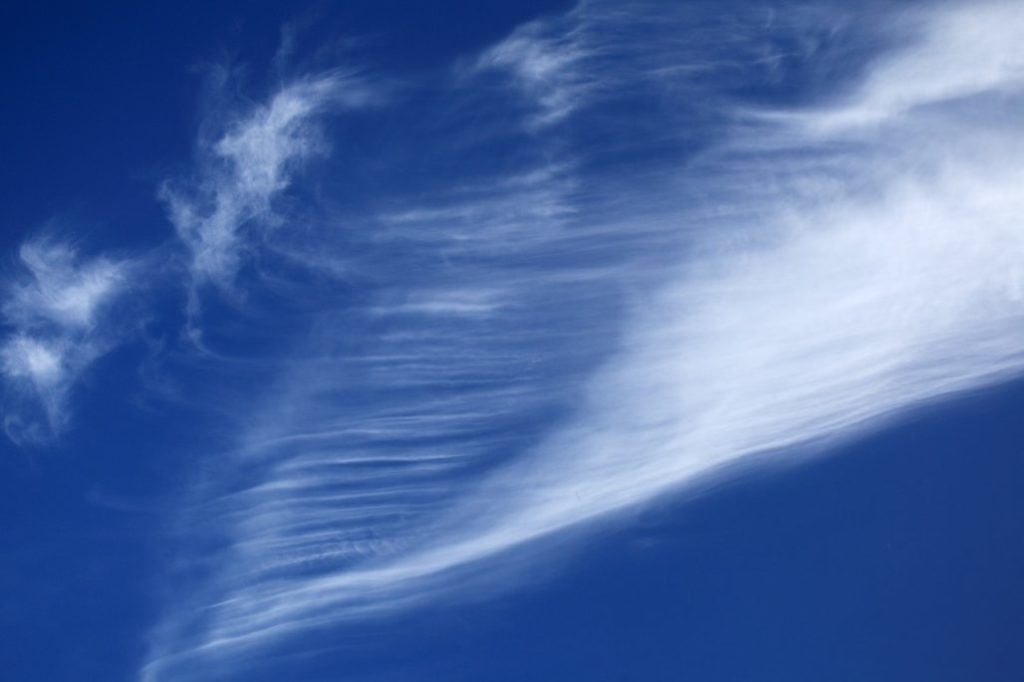 On a bright and sunny day, our sky is usually a shade of blue. Why blue, and not green, yellow, or even black? It all depends on how the Sun’s light reaches Earth. Before we can understand why the sky is blue, we first must understand light and how it moves and interacts with its surroundings.

All the Colors of the Rainbow

When you see white light, it is actually not pure white. White light is made up of all the colours of the rainbow. In fact, if you shine white light through a prism (specially shaped crystal or glass), the prism will separate out this white light into all its coloured components.

How can the light be separated like this? Light travels in waves, giving each colour of light a specific wavelength. A wavelength is a distance between the peaks of two waves. The wavelength of light determines how the light will interact with a surface, material, or substance. Because each colour has a different wavelength, they will separate from each other as the light moves through the prism.

Light will travel in a straight line until something gets in its way. When light interacts with a surface, material, or substance, a few things can happen:

This process is called Rayleigh scattering. This type of scattering happens when a beam of light is shown through particles which are much smaller than the wavelength of light. This is what happens in our sky as the sunlight travels through our atmosphere.

If you look at the diagram above, you can see that violet has a shorter wavelength than blue light. So why do we not see a violet sky? Not all white light has equal parts of each colour. The white light coming from the Sun has more blue light than violet light. Also, our eyes are more sensitive to blues than violets. This is why we see a blue sky.

If you look closer to the horizon while the sun is directly overhead, it will look lighter blue or white. This is because the light bouncing back to us from the horizon has been scattered and reflected many times in the atmosphere on its way back to us. Because this distance is long enough it has time to mix back together and form white light.

See also
Ultimate Review of The Best Refractor Telescopes in 2022

Why are Sunsets Red?

As the Sun gets lower in our sky, the light has to travel through more of the atmosphere to reach us. During this time most if not all of the blue light is scattered away, leaving just the reds and yellows remaining by the time the light reaches you. This applies to sunrises as well.

Do all Planets Have Blue skies?

Nope! The scattering of light not only depends on the wavelength of light but also the type of particles the light is scattered by. For example, Mars’s atmosphere is thinner than Earth’s and it is made of mainly Carbon Dioxide and very fine dust particles. These particles scatter light differently than the gases that make up Earth’s atmosphere, mainly Nitrogen and Oxygen. This causes the sky during the day and at sunset to look very different on Mars.

Pictures from NASA’s Mars rovers show an orangish sky during the day and a blue-grey sky at sunset.

Though we do not have rovers on all the planets to verify the color of their skies we can predict what some of the skies will look like. NASA made a sunset simulator to show what the sky may look like on other planets during sunset.

Venus shows a mustard yellow sky, fading to greys and blacks. The particles in Uranus’s atmosphere cause the sunset to look azure and royal blue. On Titan, one of Saturn’s moons, the sky looks canary yellow and turns to orange and brown as the sun sets.

See also
Worlds Beyond Our Solar System – An Introduction

NASA has also predicted what the sky looks like on a planet outside of our solar system but in a nearby star system. The planet is called TRAPPIST-1e and its sky looks grey and fades to yellow and orange at sunset.

NASA made a complementary sunset video that shows the location of the Sun in each planet or moon’s sky as it sets. You can see the colours change as the Sun moves across the sky.

Without a thorough understanding of the atmospheric make-up of other planets and moons, it is almost impossible to predict what their skies will look like. If their atmospheres are mainly made up of gases, then you’d expect to see shorter wavelengths during the day and longer ones at sunset. If their atmosphere is dominated by other substances, astronomers can’t yet predict what their skies will look like. Other particles such as dust and the size of its particles will cause the light to be scattered in unique ways.