Can I Profit from Metal Detecting Findings? 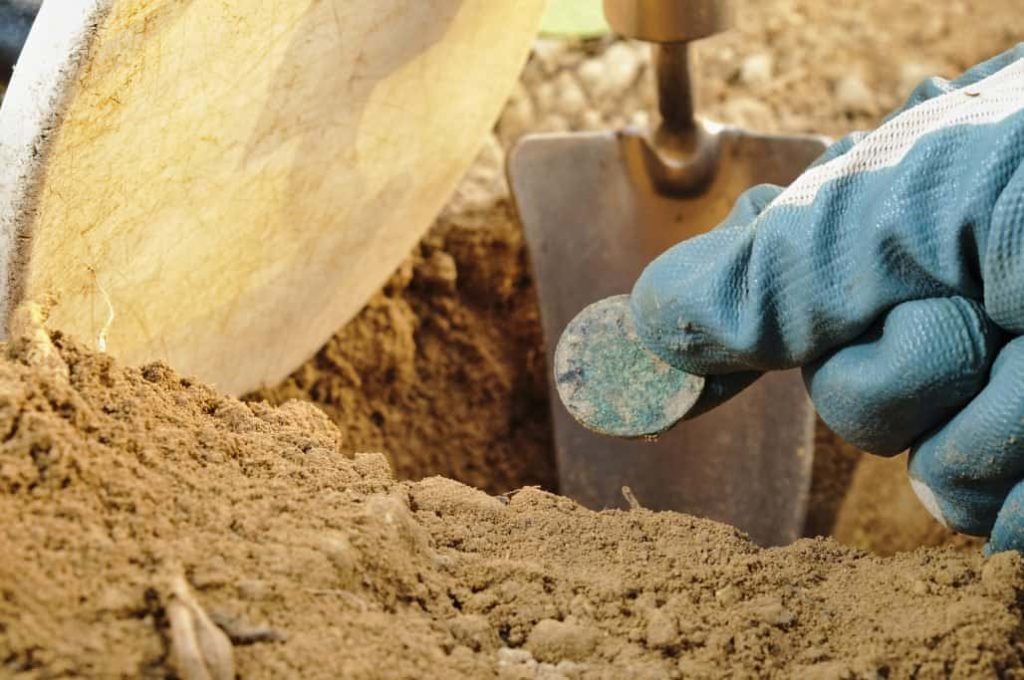 Everybody in the metal detecting ring has probably asked themselves; “can I profit from metal detecting findings?” at least once while out on a scavenge. Many may even question whether the hunt is worth it.

Well, the answer is yes, it is possible to strike rich with a metal detecting income. But, you can’t simply rely on luck, so try following these 10 tips we’ve highlighted below. Making a profit from metal detector findings isn’t always quick and easy work. It can take time, knowledge and resources.

Every year, the UK hosts music festivals big and small across fields and grassy areas. The most notable being Leeds, Reading and Glastonbury. Of course, there are many more types of festival to attend such as the farmers markets, but music festivals bring a metal detecting income because of heightened alcohol consumption. And carelessness.

While findings probably won’t span large-ticket items, loose change working their way out of pockets can add up! So, after the music has stopped, pick up your metal detector and start searching. You never know what the yield could be: jewellery, phones, watches or more.

Just like with a festival, many people visit the beach in search for escapism and relaxation with the family. However, things often become misplaced and buried in the sand. Meaning, you could identify anything from collectors’ items to expensive jewellery.

The added benefit would be the tide; the sea’s tide will always wash buried treasures up onto shore. And, while ‘X’ might not necessarily mark the spot, there have been occasions on the British coastlinewhere metal detectorists have made a profit from metal detector findings after shipwrecked items have floated their way.

This tip requires a little extra homework. Before Britain became its own island, it was connected to Europe and inhabited by prehistoric beings including Neanderthals and mammoth. Since then, it has been home to countless civilisations with their valuables, here’s a small list:

It may take a trip or two to the museum to understand about ancient valuables, but it could be worth it when you do find a jackpot in the size of a coin. In 2019, a couple from Somerset found £5million in coins dating back to the Battle of Hastings!

The last thing you want to do is buy into new fads about metal detectors. The most expensive doesn’t always mean the best. And, often the underdog that doesn’t perform all the latest tricks with wireless charging technology, will do the job.

For the person who loves to be submerged into an underwater world, there’s the chance to combine two passions: scuba diving and metal detecting.

As a hobby across the world, metal detecting underwater can bring many more treasures than detecting on land. Simply because the current can drive findings from lost shipwrecks across our green and blue planet. Even if you’ve only got access to a pond, there’s still many treasures that are lost such as jewellery, coins and phones.

Don’t forget to look for an underwater version of the best metal detector in your search to find the right kit. As mentioned, don’t always jump on the most expensive: it will take longer to start making a profit from metal detector findings.

In 1996, a law was passed named the Treasure Act. This act meant that anything made of a precious metal, any coin or anything over the age of 300 years old at the time of finding must be taken to a coroner for evaluation. Then museums and archives can bid for them. Only when nobody claims the object, could it turn a profit from metal detecting findings.

It has been widely known that metal detectorists that keep their findings without declaration have their items confiscated followed by receiving a large fine. That’s why, if you’re looking to profit form metal detecting findings, you need to know the laws and regulations.

Other than this, there is a 2017 Code of Practice that should be adhered to out of respect to others. But, detecting etiquette can affect your safety, too. The code states that you must always ask permission from the landowner, be covered by public liability insurance and take care with protected sites among other things.

If this is something that takes your fancy, perhaps try creating a YouTube channel to record your findings. This can include reviewing kit, creating a destination file, follow-me metal detecting or even a historical background about each finding.

Nobody ever said that metal detecting income needed to come directly from the money you make pawning what you find. Often the findings that peak interests of viewers can generate advertising revenue from your YouTube videos.

Man + River began as a YouTube channel and has grown into a brand and full-time occupation for scuba metal detectorist Dallas Rowley.

While it’s not ‘historically’ a beautiful relationship between museums, archaeologists and metal detectorists, things are changing. Museums are recognising that many valuable items are found by metal detectorists who are genuinely interested in historical value. While this may be a side-effect of the 1996 Treasure Act and 2017 Code of practice, it brings together two sides of the same valuable coin.

The best part: museums are now hiring metal detectorists on a full-time basis or for freelance work. Meaning you could have a metal detecting income using the work-provided best metal detector to make a profit from metal detecting findings. The most common role is named a ‘Finds Liaison Officer’and is in demand with councils, museums and archives across the country.

In order to profit from metal detector findings, you need to be able to put in the time, effort and patience to allow yourself a good find. For example, three days in a plot may yield £50 worth of findings but spend one more day and you could find something worth £1000 in the first hour.

Not only this, but people often lose their valuables and enlist the help of a diver or a metal detectorist to use their magic wand. Some, like Canadian company The Ring Finders, have even made entire businesses out of people being forgetful or losing their treasures.

Being able to enjoy the hunt is part and parcel of gaining profit from metal detector findings in a way that supersedes a metal detecting income. Which, leads us onto the next tip:

Making a profit from metal detector findings doesn’t necessarily mean monetary gain. If you are enjoying what you do, then there’s your profit. If it ever becomes a chore, and you’re still not seeing the monetary gain, we suggest taking a break or getting into a different type of scavenge. For example; seeking out Devon’s famous Jurassic Coast for a field of ancient fossils and relics of a time that once was. These are things that offer fascinating finds without the aid of a metal detector.

So, make sure that you and your mind is profiting from your metal detecting experience, too.

But, to answer the question; “can I profit from metal detecting findings?”, yes.

The Ultimate Magnet Fishing Guide: Everything You Need to Know

Ultimate Review of the Best Metal Detectors for Beachcombing in 2022

Ultimate Review of The Best Underwater Metal Detectors in 2022

Ultimate Review of The Best Beach Sand Scoops in 2022

Ultimate Review of The Best Metal Detectors For Coins in 2022