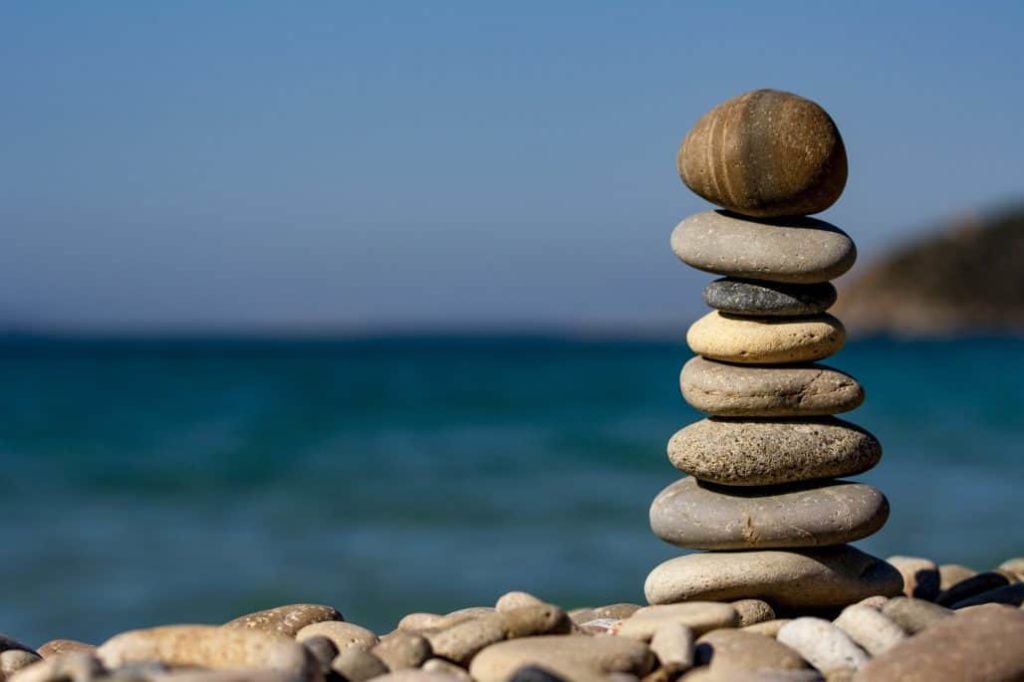 Do you want to take up rock tumbling? Do you know exactly what kind of materials to put in the tumbler to get perfectly polished stones?

Ever since the TikTok video on rock tumbling became viral, a lot of people have been trying rock tumblers to see what kind of rocks they can come up with. The process is fairly simple – using a tumbler, rocks are placed inside a container and allowed to rotate for hours to brush against each other. Grit materials are also placed inside the tumbler to add to the friction. After some hours, the rocks essentially polish each other so that what comes out are beautiful pieces of rock in different shades and colors.

Problem of Rocks Getting Dull After Tumbling

Despite the simplicity of the process, people who are new to using rock tumblers aren’t always happy with the results they get. This is because the rocks that often come up are dull or don’t have the kind of colors expected. What’s the problem here?

Well, one of the reasons is because they’re not choosing the right rocks in the first place. The fact is that there are different kinds of rocks you can find and some of them turn out better than others. It’s important therefore to know exactly what you’re looking for when trying to use a rock tumbler.

Size of Tumbler Determines the Size of the Rock 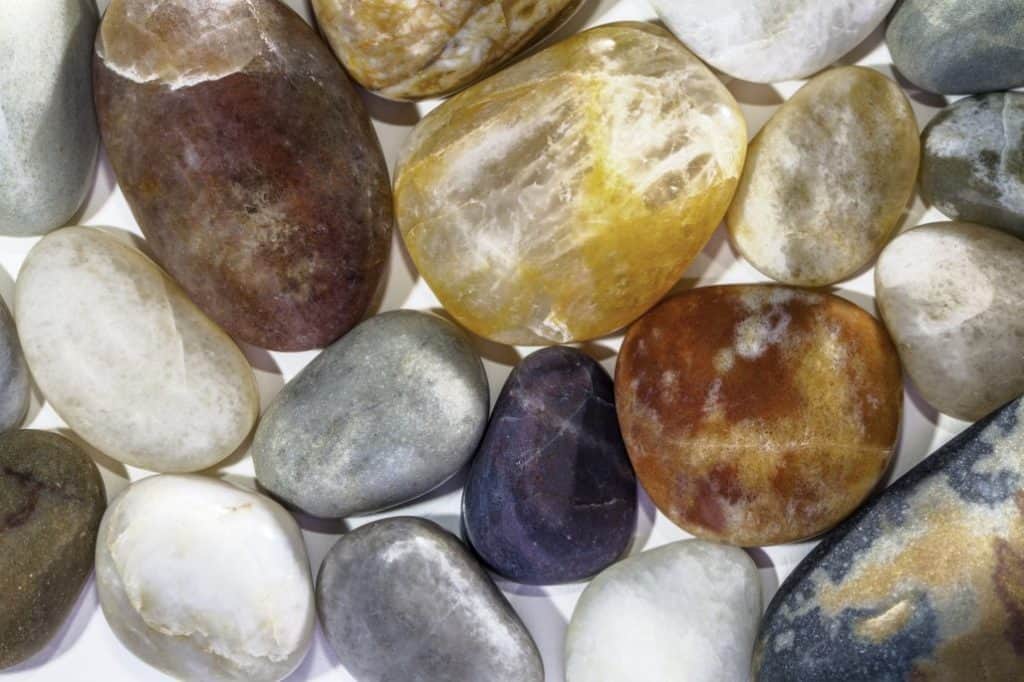 The tumbler or the barrel will tell you exactly what size of rocks to get. Ideally, if you own a barrel with a 3-pound capacity, then you should be putting rock mixtures of anymore between .25 to 1.25 inches. For larger tumblers, you can go for rocks with a diameter of at least 2 inches.

Understand however that we’re talking about the rocks you intend to polish. The smaller particles which will do the polishing can be significantly smaller as they are the ones that will be brushing on the crevices of the rock to make it smoother. One principle to keep in mind is that NOT all the rocks have to be the same size. If they’re all the same size, they won’t tumble well together. You want the small ones there to help with the polishing, even if they themselves won’t be polished.

If your barrel is significantly bigger, then you can always go back to the general rule. That is, the diameter of the largest rock should not be more than half the barrel’s diameter. Hence, if you have a barrel with a diameter of 12 inches, then your biggest rock should only be 6 inches or less.

Why do you think this is? Again, we go back to how tumblers work which is friction. A rock that’s too larger for the barrel will not be able to “tumble” inside it, therefore making it impossible to polish all the surfaces of the rock. Understand that bigger rocks also necessitate a longer time to work on.

What Rocks to Tumble 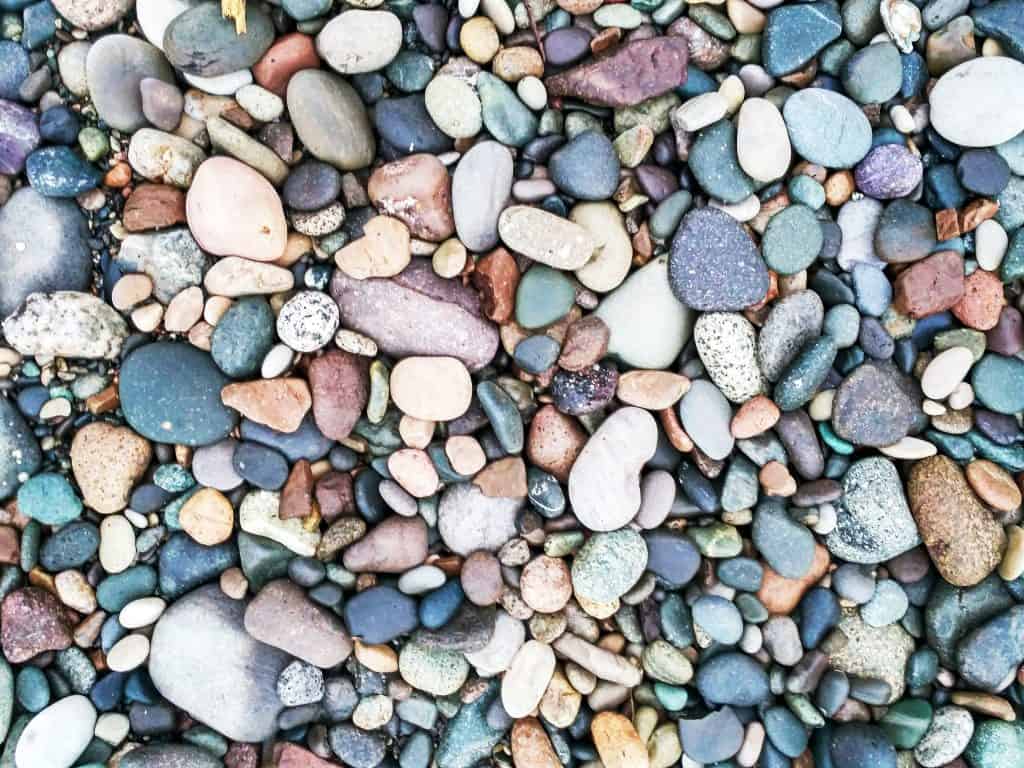 The rocks you choose to put inside the barrel really depend on what you want to get at the end of the cycle. Stones can either be bought or collected from different locations. Those found near banks or bodies of water often come out looking spectacular, but this all boils down to how long you keep them in the tumbler.

If you’re buying batches of rocks, the process becomes easier. Many rocks for tumbling are packed as a group – which means that they have certain commonalities. They’re all the same size and have the same hardness – which basically means that they can all be loaded up in the tumbler together.

What’s the danger of putting together the wrong rocks though? Stones with different levels of hardness could mean one will be damaged by the other. It’s like scrubbing an item using a material that’s much harder – the surface only gets scratched up and therefore ruins the effect. For complete beginners, the following rocks will give you the best results:

Picking Rocks in the Wild for Tumbling 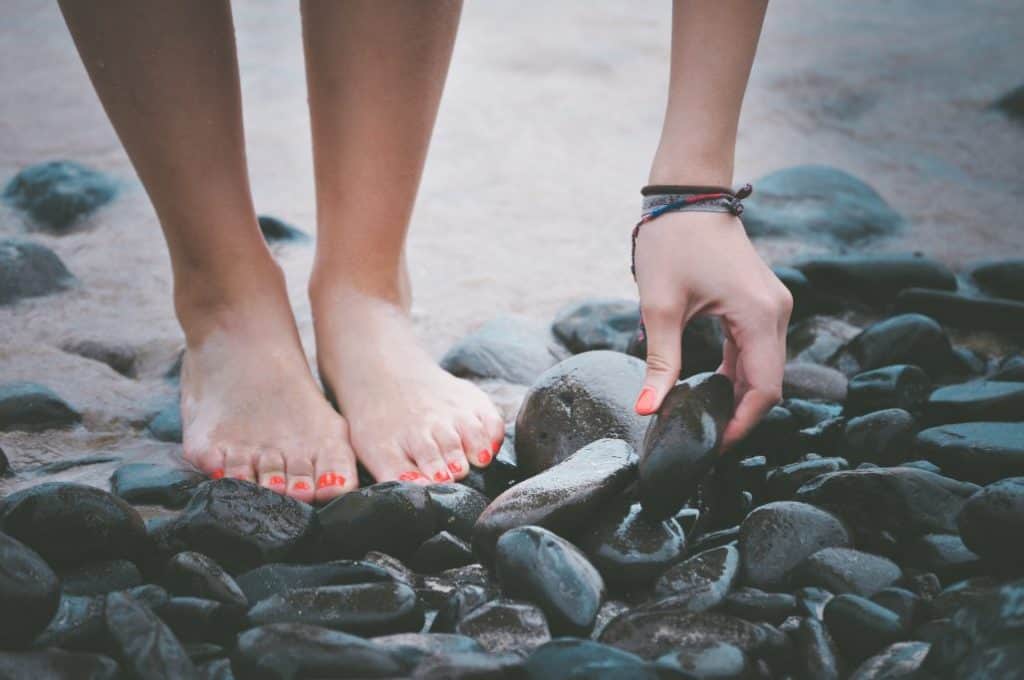 Let’s say that instead of buying rocks, you’ve decided to simply pick several during one of your walks and put it in the barrel. This is possible, too, but you need to know what to look for.

Look at the Hardness Level

Hardness level is indicated through a Mohs hardness scale. Typically, a rock that’s perfect for the barrel has a hardness of anywhere between 5 and 7. Anything softer than that can get damaged while something harder will cause the damage or simply take forever to polish. Hardness levels are a principle you’d definitely want to learn if you intend to use a tumbler in the long term. But how do you test a rock’s hardness? A scratch test is often best. While outdoors, you can use a penny, steel, or even your fingernail to test the hardness of a rock.

For example, a blade made of steel has a hardness of around 5.5. If the rock you picked up can scratch the blade, then this means that it is harder than 5.5. If not, then it’s softer.

Another thing to look into would be fractures on the surface of the rock. These are the little cracks on the rock that would tell you if it has sufficient integrity to be tumbled. After all, if it’s already a little broken, it wouldn’t take long for the rock to completely fall apart. Some stone types, while not having any visible fractures, are still more likely to chip away when tumbled. There’s sunstone, amethyst, and rose quarts which are a bit more brittle than other rocks. While they can be tumbled, they require special techniques to properly polish them into beautiful stones.

Most stones, after getting tumbled, come up with brand new colors. This is part of what makes this whole process exciting. You’ll find however that when wetting a rock, you can actually get a glimpse of what it would look like once tumbled. Colors are a matter of personal preference so choose the shades that you find most interesting.

This is a common concern if you’re just picking off stones from the wild. Since you have no idea what stone you’re working with, then you don’t know whether it would polish well under the tumbler. The grain of the rock however will give you an idea. If it’s grainy to the touch – might as well throw that one back in because it will not polish well. The same goes for pitted stones which will only trap the grits, therefore preventing the corners or curves from being polished properly. Even the smallest pits can be an issue so make sure to check every inch of the stone using a magnifying glass.

Cleanliness of the Rocks

Finally, you have to look into the cleanliness of the rock itself. This doesn’t refer to the lack of mud attached to the rock. Instead, you have to look for the rock with an inner beauty that’s just waiting to be revealed after a good tumble. That sounds idealistic but the truth is that the rock itself must be good inside and all you have to do is polish the exterior for the beautiful interior to be seen. Hence, this is a matter of gut feeling. As you get used to rock tumbling, your gut feeling on finding a special rock should get stronger.

Note that not all rocks can be put inside the barrel for tumbling. Coal, limestone, sandstone, and shale are all bad choices because they are too soft and will not turn into polished gems – no matter how long you put them inside the barrel. Look for solid rocks and avoid those with a grainy exterior because they will only break down and mess up your process. 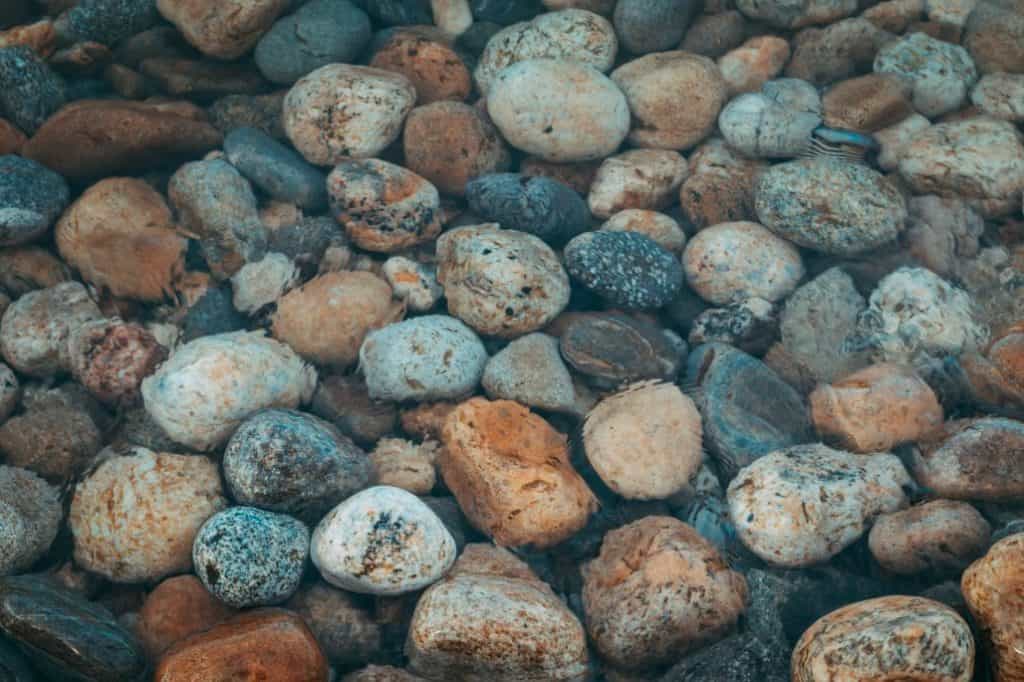 To wrap it up, rock tumbling is a wonderful hobby that can bring you outdoors as you search for the best rocks to put in your barrel. It requires a bit of science too – which should compel you to read and learn more about different types of rocks. At the end of the day, it’s a harmless hobby that can keep you entertained and active. Some people even earn from tumbling because the rocks they get are sold for decorative purposes. No matter the reason – rock tumbling is a fulfilling hobby that will give you beautiful results if only you do it correctly. Have fun!

How To Find Gemstones In Your Backyard (The Easy Way!)