Binding Ripped Out of Ski? Here’s Why 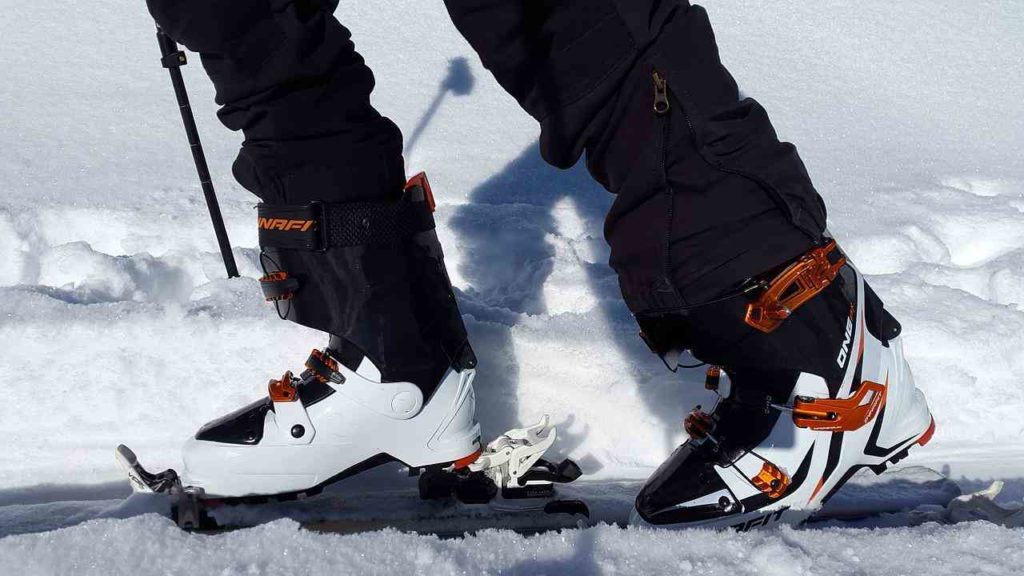 If you’ve ever been skiing, you know that one of the most frustrating things that can happen is having your binding ripped out of ski. It’s not only annoying, but it can also be dangerous.

In this post, we’ll explore everything you need to know about binding ripping out of skis, from what causes it to how to fix it.

Ski bindings are the devices that secure your ski boots to the skis. They are made to detach from the ski before you damage your legs if you ever get into danger. They are crucial because, in addition to serving as a safety feature, they also play a huge role in keeping your control on the ski.

Unfortunately, bindings can rip out of ski at any time. They are made of metal and plastic, while the mostly metal ones are more durable and stronger, the mostly plastic ones are not that strong but weigh less.

You should have them checked at least once a year.

Can You Fix Bindings Ripped Out Skis?

Many skiers have experienced the fasteners being torn out by the threads due to the stress exerted on the binding. You may temporarily secure the binding to allow you to limp back to the hut or the car without post-holing the entire route by stuffing the drill hole with steel wool and epoxy.

But yes you can fix ripped out ski bindings by helicoiling if they are not too ripped. You can also mount the ski binding which we’ll talk about after going through the causes but they also rust just like ski edges.

Reasons Why a Binding Ripped Out of Ski

Here are some plausible reasons why bindings might rip out of your skis (if they are not worn out):

Boot Heel Is Off Center

Preloading the binding’s heel lateral release with too much misalignment might result in an imbalance in the amount of retention it offers, which could lead to unintentional release. Less seriously, it could also be challenging to step-clip into the binding heel.

The accidental release is made more likely, or perhaps a given, by incorrect adjustment.

The ski core becomes softer when water seeps into the screw bore. The screw comes free or comes out. Ask with a store mount. Either water-resistant epoxy, special binding mount adhesive, or white glue should be used.

Simply said, unequal screw pressure might shatter the metal binding base because the binding screws are not fully placed in the ski.

There are several. A detachable brake that was fastened with a tiny metal clip was once a feature of a particular binding company. This was frequently left in the box or on the workshop floor by untrained personnel. You would scarcely be able to see the clip even if it were placed properly. Without the clip, the brake would slide off the binding.

Another illustration is the separate crampon mount that comes with some bindings; it is simple to overlook. Trust but verify once more using the legally enforceable paperwork.

Another reason is broken screws. Your binding toe or heel may look OK, but they might separate from the ski when you are skiing, which could be a surprise dumpster fire. There may be an unexpected and perhaps violent fall as a result.

Will Ski Shops Refund If Binding Ripped Out of Ski?

Unless the skis are defective, most ski shops will not refund anything that is damaged or with blemishes, stains, or ripped out bindings.

Some shops will have warranties and they will fix it, but will not refund.

Do try talking to the store, but they should be well covered if you signed off when you collected them.

However you can try to get them to helicoil it for you even if they don’t have a warranty.

How to Fix Ripped Out Ski Bindings?

Although it is practically difficult to do a proper repair in the field, you may improvise fixes by reinserting the screw and wood splinters into the hole.

The issue is that you frequently don’t notice a damaged screw until you completely yank the binding off the ski.

A better solution would be to mount the ski bindings. On skis that have previously been drilled to allow various bindings, new bindings can be mounted. You will likely need to drill new holes in your skis, though, to make room for the new bindings.

One of the most crucial components of skis without a question is the ski binding. Ski bindings not only prevents undesirable pre-releases, which can result in dangerous collisions but also enables your boots to release securely when you do fall, reducing the likelihood of injuries that would keep you off the slopes.

They can rip off at any time but you helicoil or mount them if they rip. So, make sure you check that the ski bindings are in good condition before skiing and also carefully inspect them before buying.

How much does it Cost to Ski – A COMPLETE Breakdown

How Much to Tip Ski Instructors?

Can You Wear a Hat Under Ski Helmet?

Rust on Ski Edges? Here’s Why

How To Stop Skiing in the Backseat