Why Do Slalom Skiers Hit the Flags or Gates? 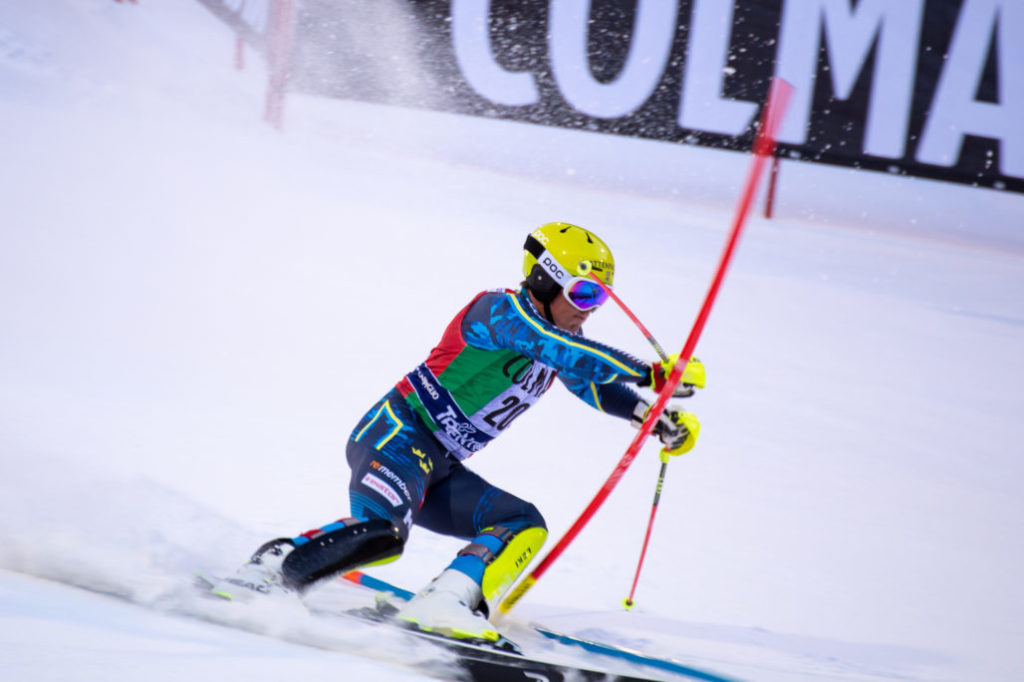 When slalom skiers hit the flags or gates, many people think that they are failing.

But are they actually doing something wrong?

When I watched slalom skiing for the first time, I wondered whether the sport’s rules required them to hit the poles as they moved down the mountain.

It used to bother me watching skiers who could not be able to avoid hitting the flags in the competition. I thought they lacked the basics, like being able to go round the flag or even ski in a straight line.

Later, I learned that hitting the poles is actually a part of the slalom technique and doesn’t indicate poorly skilled slalom skiers.

I realized that it’s a technique that skiers use when trying to take home a gold medal and become the best in the world.

Now, you might wonder how hitting the poles on their way down the mountain will help slalom skiers win a medal. Well, read on to find out!

This article will show you everything you need to know about hitting the flags and gates in slalom skiing.

What is Slalom Skiing?

Slalom skiing is a timed sport that involves skiing between flags or gates. In slalom skiing, the skiers must pass through closely spaced gates as they travel down the slope.

The flags or gates are close to necessitate faster and smaller turns since the main goal of the skier is to get to the bottom of the slope as quickly as possible.

In this type of alpine skiing, each skier takes two runs. Then the times from the two races are combined, and the one with the lowest time becomes the winner.

When slalom skiers knock the gates out of the way as they ski, it’s known as blocking.

In modern slalom skiing, competitors use the cross-blocking technique whereby they take a tight line and sharp corners to hit the gates with the outer hand.

Besides slalom skiing, there is the giant slalom skiing, whereby the gates are wider and placed farther apart. It also incorporates several features of downhill skiing.

The modern competitive winter Olympics also includes the super giant slalom, also known as the Super G. It tests the slalom ski racer’s technical skills and how the skiers manage their speed.

Why Do Skiers Hit the Flags or Gates in Alpine Skiing?

However, the skiers must pass between the gates on alternating sides with the tips of the skis skiing between the poles.

At the same time, they have to get to the bottom of the mountain as fast as possible. To achieve this, slalom skiers must pass through the tightest lines they can find since this is the fastest route.

They simply envision the straightest line on their turns and then try as much as possible to stick to the line.

This way, the gates become less of a hindrance to their runs since they can find a more direct route, which results in a faster runtime.

Now, you might also wonder whether the Olympic skiers sustain injuries. Here is what happens:

Slalom Skiers Can Be Injured

While the gates rarely injure the Olympic skiers, there is a possibility of athletes sustaining injuries from the alpine skiing events.

See, if the skiers have to get their slalom skis near the gate to knock it as they move, it means that they hit the poles with arms or even shins.

And if the skier travels at tremendous speed, they can easily have their balance knocked off by a flag collision.

In high-speed skiing, the Olympic competitors are likely to sustain injuries of broken ribs, wrists, shoulders, or even worse, depending on how hard they crash.

The injuries may not directly result from ski poles, but accidents and slams happen after hitting them.

Hitting the gates can be quite a dangerous practice for athletes. So, alpine skiing racers need adequate protection while having fun in the snow.

Skiers in alpine ski racing should have helmets, shoulder protection, and shin guards like shin pads on their downhill run.

The difference between slalom and giant slalom skiing is that the latter uses gates that are wider and placed farther apart.

How Long is a Slalom Course?

Q: Why Do They Hit The Gates in Slalom?

A: They hit the gates in slalom because the skier has to pass through the shortest route.

Skiers in alpine skiing must find the best route that will help them get to the final gate within the shortest time possible.

Eliminations occur after the first course is over. After the second course, the skier with the lowest combined time across the two courses becomes the winner.

Q: Are You Supposed to Hit the Gates in Slalom?

A: No, you are not supposed to hit the gates in slalom, but you must pass between two poles while alternating between red and blue.

And since you want to reach the bottom of the slope as quickly as possible, you will inevitably hit the gates while trying to take the most direct route.

Q: Why Are There Double Gates in Slalom Skiing?

A: The extra pole in slalom skiing is more of a tradition since it’s simply the other half of the gate. It’s usually meant to complete the gate where the skiers will pass through.

However, skiers do not pass centrally through the gate since that will not be the quickest way to get down the mountain.

The rules allow them to cross over the inner pole or go over it. All they have to do is ensure that their skis are between the gates.

A: Yes, hitting a slalom gate can hurt, especially if the skier does not have adequate padding. Every pole that the skier has to knock is made of sturdy plastic, which can be a bit painful.

Even so, most ski racers do not feel the pain when racing downhill as their adrenaline moderates it.
Moreover, other skiers travel so fast that they can’t feel any pain during the events. But the pain usually catches up to them after the race.

Luckily, alpine racers can use padding equipment on their arms, shoulders, and shins to prevent pain after hitting a pole.

Generally, the main motive behind hitting the gates in slalom skiing is usually to win the race.

Professional skiers try hard to utilize their speed and use the straightest route to ensure that they take the shortest time.

Hopefully, you won’t have to feel that slalom skiers are making mistakes when they knock over the poles as you watch the next Winter Olympics.

How To Ride A T Bar On Skis

How To Get Off A Ski Lift

Can You Ski During Spring Break? 8 Best Resorts with Friends and Family