Squash Ball – Everything You Need to Know 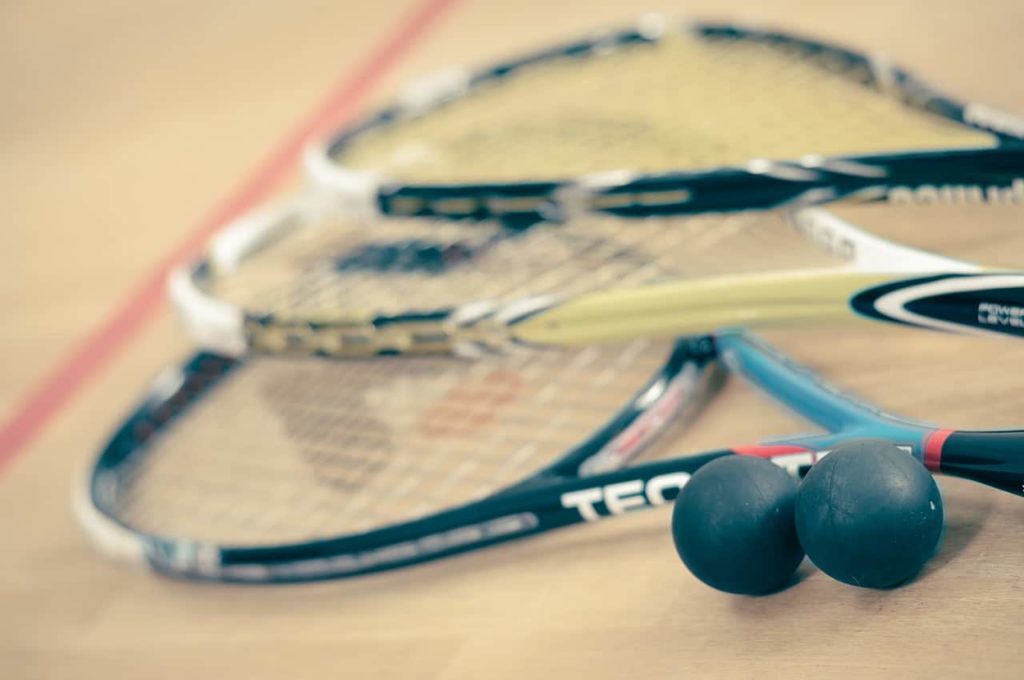 The mighty squash ball – we run around a square room in chase of it. In fact, it’s the main source of so much frustration for beginner and seasoned players alike.

But honestly speaking, squash balls are one of the most unique balls in the world of sports. For instance, a professional-grade squash ball barely bounces at room temperature, but as soon as it is warmed up, it bounces twice as much! Something that is unheard of with other balls.

Warm your ‘’balls’’ and sit tight as we delve right in, see what I did there?

But first, here is a little-known fun fact: Did you know that an hour of squash can burn 600 to 1000 calories? Well, how is that for much-needed motivation?

A Little Bit About Squash Balls

Squash balls come in so many different sizes and colors- and all this for good reason.

First, the sizes and colors are aimed at helping you choose the ball that suits your level of prowess, and ultimately, groom you to become a better player.

If you’re just starting out, or are new to squash, all balls may look similar to you, but there are quite a number of differences between them. The right ball will have you enjoying the game a lot more! 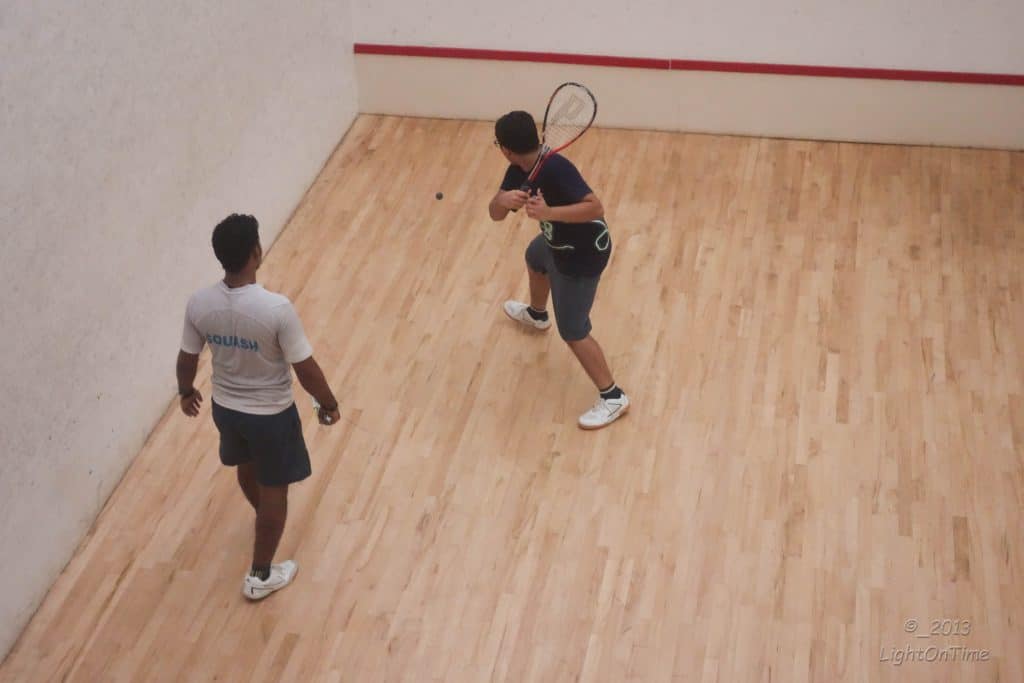 There are 4 squash ball types denoted by colored dots. The dot is the biggest differentiator that enables players to know some special characteristics of the ball such as its ability to bounce. Different squash balls have different colored dots and bounce rates that affect the speed at which you can play.

The beginner ball has a single blue dot. It is the most bouncy ball, and gives players a lot of time to reach the ball and keep the point alive. This encourages longer rallies thereby giving you the most time to improve.

The professional-grade ball, on the other hand, is a double yellow. It is the least bouncy ball and moves the slowest from the back wall, forcing players to react very quickly to reach the ball while the point is still alive.

This goes without saying that the double yellow is the standard ball for professional competitions, having been introduced in 2000 to replace the single yellow ball that was a bit fast for most competitors.

The red ball and the single yellow are in the mid categories.

Here’s a more intimate breakdown of the ball types:

This ball is designed to be used by club players or for use on professional courts. It is the same size as the double yellow dot but has a longer hand time i.e. it is 10% slower bounce rate.

This ball is often used by club players and coaches. It bounces more than the single yellow dot ball.

This is the best ball for beginners who are trying to develop hand-eye coordination with the purpose of improving skill. It has a high bounce rate thereby giving more time for a player to strike the ball.

What Squash Ball to Use?

When starting out red and blue balls are the best because they allow you to develop your hand-eye coordination and learn new techniques without slow reaction times hindering progress.

Some manufacturers also have slightly larger balls for beginner players- for example, the Dunlop Intro ball is about 12% larger than the standard size, making the ball a lot slower to allow you to learn much faster.

Unless you’re a seasoned player, it’s best to start out with the blue or red dot balls, because more advanced balls will require longer rallies and regular hitting in order to keep them sufficiently warm.

Hitting a boast shot for example, is much more easier with a single dot ball because the ball sits up a little higher. Double yellow squash balls are used by the most experienced players.

If you’re playing against someone who is less experienced than you are, play with a ball that is appropriate for their skill level.

The temperature of the court is another factor that should be taken into consideration when choosing squash ball types. This is because some courts are colder than others and you’ll find it easier playing with bouncy balls.

During the cold months, the single dot balls are mostly used even by seasoned players, because the double dots barely bounce when it’s cold. It makes for a far more enjoyable game to steer clear of the double dot balls.

Similarly, the altitude of a court should influence your choice of ball. High altitude areas have lower air pressure, and it’s advisable to use a ball with less bounce. 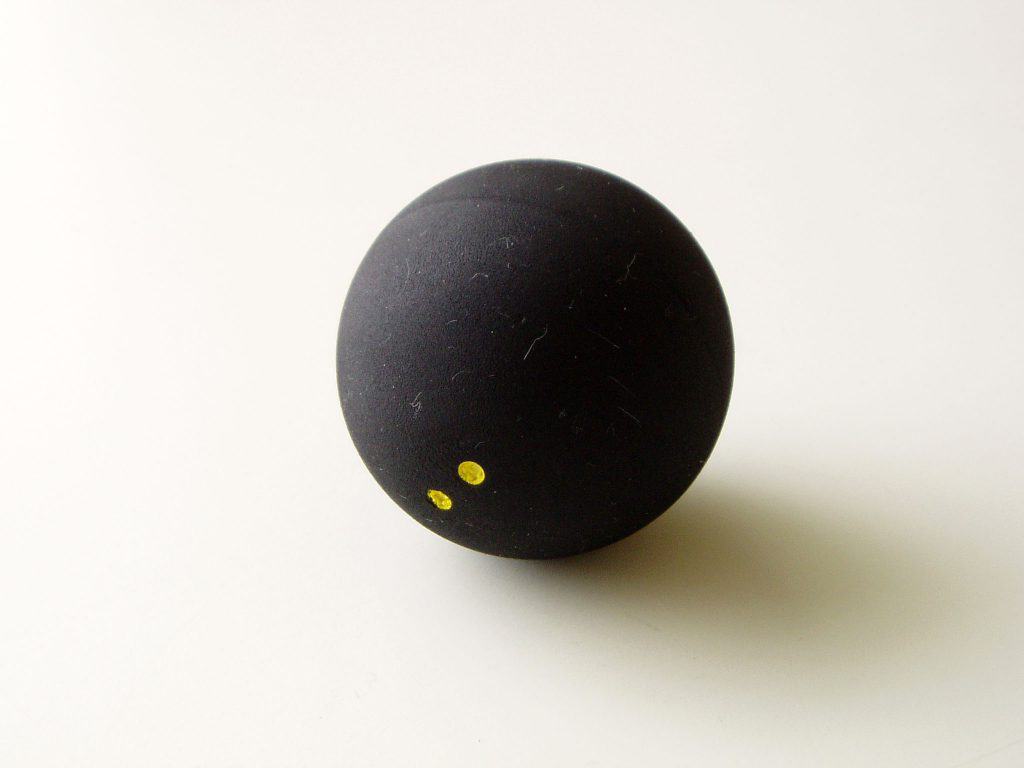 Unlike in sports such as tennis, where there’s no major difference between the ball used by a beginner and a professional, in squash, the balls are of different sizes and are designed to bounce and behave differently in different conditions. There are four squash ball sizes corresponding to each of the four squash ball types we mentioned above:

This ball is the same size as the double yellow dot ball but it’s designed to be used by club players or for very cold courts. It has a slightly higher bounce rate than the single yellow dot ball.

It is 6 percent larger than the yellow dot balls and has a higher bounce rate. It is the best ball for intermediate players. 4. Intro (Blue Dot)

This ball is 12 percent larger than the standard squash size and is the perfect ball for beginners because of its really high bounce rate. If you’re totally new to squash, this is the ball for you.

What are Squash Balls Made of? 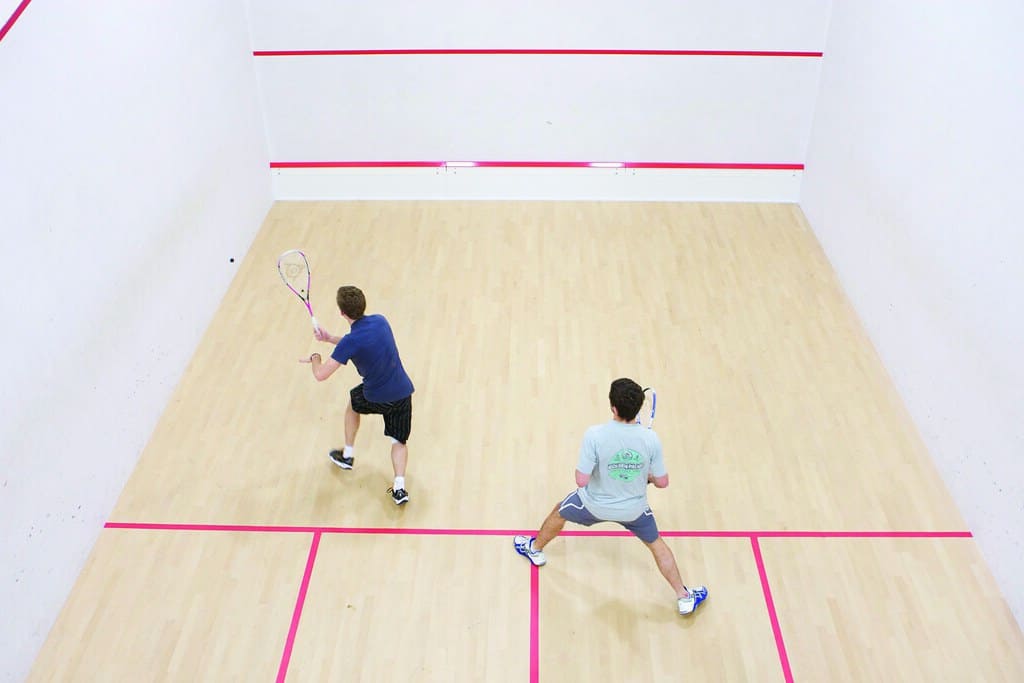 Squash balls are made of raw butyl butter and many other different synthetic and natural materials and powders. Air is then enclosed inside the rubber ball.

Resilience is the first and most important property every squash ball should have. Resilience can be better described as the ability of a material to absorb energy and then release it.

When a squash ball absorbs energy, it turns it into thermal energy. This energy heats the rubber as well as the air inside causing it to expand and release a greater pressure inside the ball. The rubber becomes more flexible and resilient as it heats up. This makes the bounce rate to be better and higher (more bouncy ball). This is the function of the air and rubber in the ball.

Players often ask us how long squash balls last. There’s no hard and fast rule for this. After using the same ball for a while, you’ll notice that it’s not as competent as when you first bought it. As you have read above, squash balls consist of two rubber halves glued together. With time, air escapes form the ball, reducing the pressure inside the ball and lowering its bounce rate.

When you notice the ball has stopped bouncing like it used to, it is time to get a new ball. How often you replace depends on your playing style as well as how often you play.

If you’re a player who plays frequently hitting the ball very hard, you’ll need a new ball sooner. It’s recommended to always have more than one ball in your squash bag.

Where to Buy Squash Balls 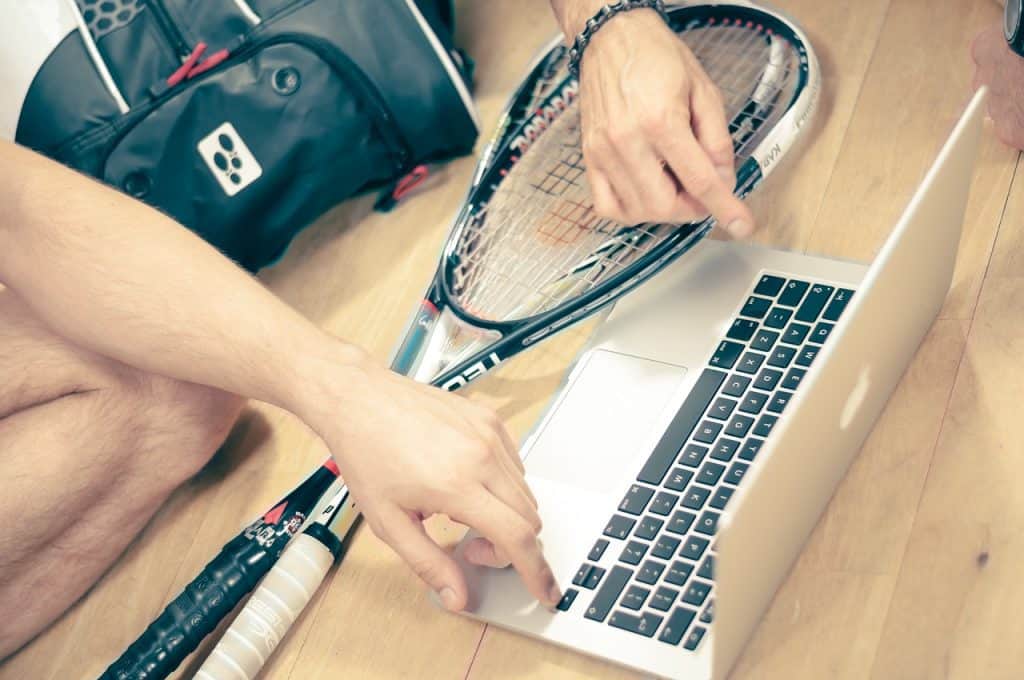 Although there are many brands that produce squash balls in the market, Dunlop is by far the most recognised and accepted. It manufactures official balls used by the World Squash Federation. Their balls are of high quality and are also durable in the long run.

The double yellow dot ball is their best ball and gives the lowest bounce perfect for professional players. All their balls are engineered with N-1SR3 technology, which comes with elastic hydrocarbon polymer for the best playability.

The following balls are in the Dunlop category:

Dunlop also produces 2 other squash balls as outlined below:

This is another leading brand in the UK. Their designs are unique and they manufacture three types of squash balls. Their balls are smooth on the surface and are constructed very well to ensure they can bear hard hits.