How does a Refracting Telescope Work? 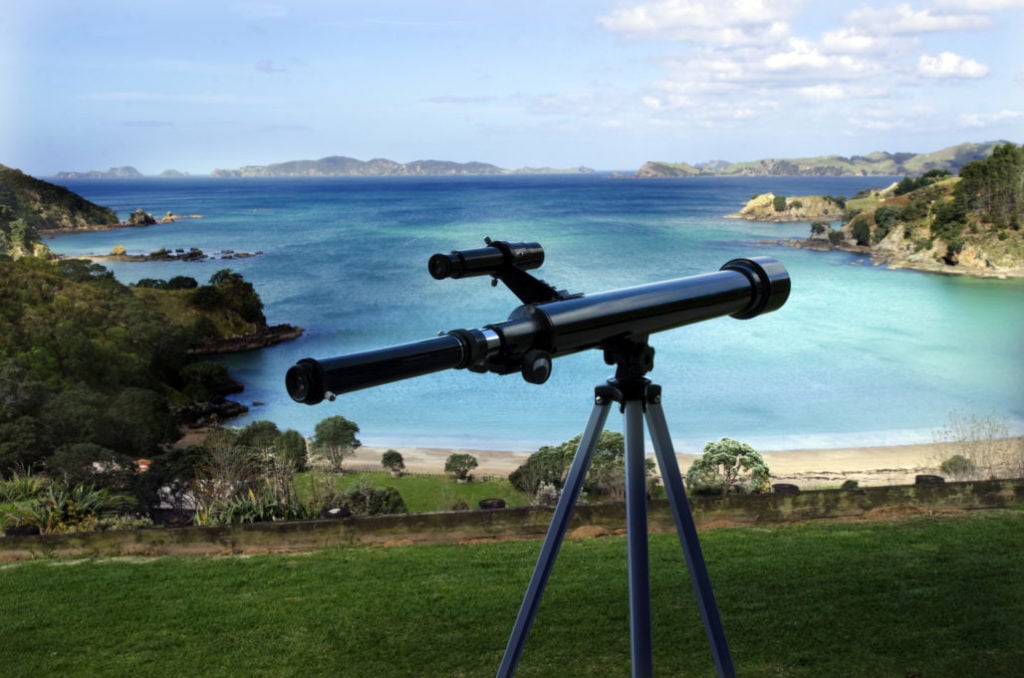 Did you know that telescopes are one of humankind’s most important inventions? Ever since their first inventions in the 1600s, astronomical telescopes have been dazzling the world with images of space and a deeper understanding of how the universe works.

The market is flooded with many types of telescopes. And in case you didn’t know, the refracting telescope was the first type. Despite being the simplest, refractor telescopes are widely used for stargazing and other space observatory purposes.

Light travels at different speeds through different mediums, and bends when it changes mediums. This is called refraction. When the light changes mediums, it slows down or speeds up, depending on how much the refractive index differs between the two materials.

The amount a beam of light is bent depends on how far it has traveled in each material as well as their respective indices of refraction i.e. the ratio of the pace/speed of light in a vacuum to its speed in a given substance.

Refracting Telescopes: What are They?

In simple words, a refracting telescope refers to a type of optical telescope, commonly known as a dioptrics scope. This is the earliest type of telescope and was invented in the 19th centuryfor viewing huge distances– although they were seen first in around 1608.

These telescopes use lenses to collect more light, then focus it to make distant objects appear brighter, clear, and, magnified.

Most refractor telescopes are designed to use two lenses. One is the objective lens, which is the largest, and the other is set at the eyepiece for the purpose of viewing. The objective lens collects light from the source and directs it into a focal point, where the image is formed.

How Does a Refracting Telescope Work

Let’s start by stating that light changes direction when it travels from one medium to another at an angle. Therefore, the lenses featured by a refracting telescope are simply a piece of glass or plastic designed to bend the light that passes through it so that an image is produced.

Basically, the objective lens is designed to collect light from celestial objects such as the moon or stars. It then bends the light rays and focuses them into a single point known as the focal point, creating an image of a distant object, which is then magnified at the eyepiece.

Keep in mind that even when viewing the same image, different eyepieces can present different magnifications. The objective lens (or rather the larger lens) at the end of the tube gathers light into the tube and then provides an actual image of the object being studied.

The eyepiece lens is where magnification occurs. The eyepiece receives the actual image from the focal point and magnifies it for viewing. That’s basically how a refracting telescope works.

Quality Factors of a Refracting Telescope

Quality of the Lens

The quality of the lens is a predominant factor when it comes to refractor telescopes. Lenses create images through refraction and are typically made of either plastic or glass.

A better quality lens will basically offer better image quality. Poor quality lenses will show weird warping and imperfections that will produce distorted images. Unfortunately, there isn’t a real way to solve a lens problem other than getting a good quality lens.

With a converging lens, parallel light rays from a distant object are bent such that they converge to a single point known as the focal point. The focal length of a lens basically refers to the distance between the focal point and the lens.

Diameter of the Lens

The surface that gathers the light is yet another important consideration. The larger the diameter of an objective lens, the crispier and sharper image it will produce. If the objective lens is too small, it won’t produce a good image.

For instance, a 12-centimeter lens will be much better for viewing compared to a 4-centimeter objective lens. That’s why it is always recommended to use a refracting telescope with a larger surface area (a larger objective lens) for collecting more light.

In fact, if we can go back to the idea of how refracting telescopes work, the two things that really affect the image is the amount of light gathered by the objective lens and how well the lenses magnify the image.

Consequently, the aperture and the lens magnification become key features to pay close attention to when buying a refractor telescope.

Fortunately, you can fix this by incorporating a thin lens of another type of glass on the rear side of the objective lens. Also, there are special lenses that you can get to help mitigate the impact of chromatic aberration. Such lenses are typically expensive, though.

Refractor telescopes may also have other optical issues such as the difficulty and cost involved in making large lenses absolutely free of defects for faraway objects and night sky viewing.

Moreover, lenses in these instruments can only be affixed around the exterior, meaning large lenses may sag and fudge as a result of their own weight. All of these issues will impact the clarity and overall quality of the image created.

However, with larger telescopes, it can be hard to find lenses that work pretty well. Perhaps this is one of the main reasons why refractors are not often used on a large scale by scientists and professional astronomers.