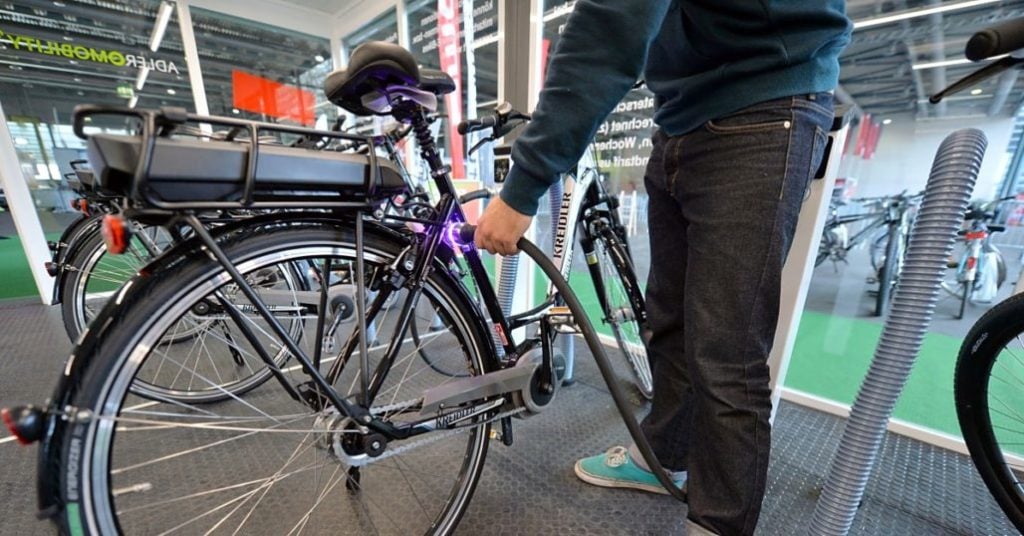 From my experience, creating DIY e-Bikes and buying and selling countless E-Bikes, all newly purchased e-bikes are supplied with a charger and a relatively discharged battery, which is fully charged in 4 to 6 hours. In addition, the batteries can be charged inside or outside the bikes. The electric bike battery does not have to be fully discharged before being recharged. A lithium battery has no “memory” and can therefore be charged at any time.

Therefore, to prolong the life of your electric bike’s battery, avoid sunny and hot rides, especially during charging. The lithium batteries used in EVELO electric bikes, and indeed in most electric bikes, should last longer with regular use and therefore regular charging.

Depending on how far you ride your electric bike, it may be good to simply get into the habit of charging your bike’s battery after every ride, also a 500w bike and battery will last that bit longer.. If you’re worried about how far you’ll be able to ride your electric bike, carry an extra battery, this way you can alleviate any concerns about running out of charge while you’re pedaling.

See also
Who Invented the Bicycle?

Some high-end electric bikes will have a display that indicates how far the bike can go on a charge, while others just have a green to red indicator light, see how expensive ebikes are to charge. Charging an electric bike’s battery will vary depending on the manufacturer of the bike, but there are some guiding principles you can apply that will help you get it right most of the time. Finally, there are other steps you should always take before charging your electric bike battery. When you first get your electric bike, the battery is probably not fully charged, or at least not fully charged.

While the act of charging your electric bike’s battery is relatively simple, there are some do’s and don’ts to keep in mind to improve the overall life of the battery, but taking care of the battery is easy with the right information.

So, to get the most out of your electric bike, charge it well before you head out on your ride and check out the manufacturer’s manuals so you really understand how an Electric bike works.. This set of systems works perfectly only when you charge your electric bike’s battery with the designated charger.