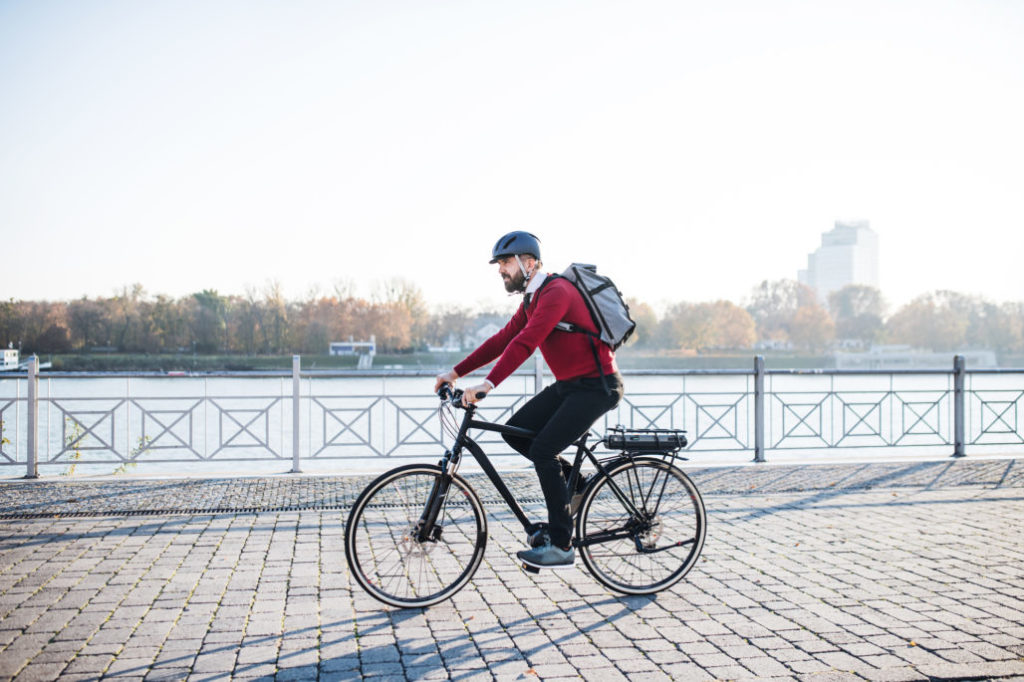 Riding an electric bike is lots of fun, and it’s a great way to get around. But, electric bikes have a limited top speed, which may frustrate some riders.

Some electric bike riders who long for extra speed have derestricted their electric bikes, allowing them to go as fast as possible.

Why Do Electric Bikes Have A Limited Top Speed?

Class 1 and 2 electric bikes in the U.S are limited to 20mph, and class 3 ebikes are limited to 28mph. These speeds may seem low to some riders, but you need to know that you can ride faster than these limited top speeds.

This is because the limited top speed refers to the speed you can ride while the motor assists you. So, when you ride, you pedal to the maximum speed with assistance before the motor uncouples or switches off. This allows you to freewheel down a hill or continue to pedal to go faster.

The reason for the restriction of speed is safety. It would be extremely dangerous if lots of people were to ride electric bikes without any speed restrictions. They could eventually be built to be as fast or faster than some cars and motorcycles.

In fact, there are classes of ebikes that require licenses, registration, and insurance to ride, as they are deemed motor vehicles.

What Does Derestricting An Electric Bike Mean?

When someone derestricts an electric bike, they have used one of many methods to remove, trick, or bypass the speed limiter on the pedal assistance. The reason derestricting an ebike is possible is because all you’re doing is removing the manufacturer’s settings. This gives you access to the full power of the bike’s motor.

Is It Legal To Derestrict An Electric Bike?

It is illegal to ride a derestricted electric bike in most countries, including the U.S.

See also
Are Electric Bikes Good For The Environment?

Are There Any Other Implications Of Derestricting An Electric Bike?

If your bike has a malfunction after a few months of ownership, you’ll need to contact the manufacturer to see if they’ll fix it under warranty. However, if you’ve removed the speed limiter, your warranty will be void, even if it isn’t related to the modification. Therefore, you could be left with an expensive repair bill or an unrideable electric bike.

When you derestrict an electric bike, the motor calls more power from the battery as you will ride and accelerate faster. Therefore, you’ll notice that your range will be significantly reduced, and you’ll need to charge your battery more. In turn, this will shorten the battery’s lifespan, causing you to replace it sooner.

Electric bikes have limited top speeds to keep us safe. If you make your ebike go faster, there’s a good chance that the other components, such as the brakes, aren’t designed for increased stresses and speeds.

Faster electric bikes require more skill to handle, so if you’re an inexperienced rider, you may find riding a derestricted ebike tricky.

Even with all this information, you may still want to derestrict your electric bike. You could try your luck at a local bike shop, but there’s a good chance they won’t do it for you due to legal reasons.

See also
How Much Does a Bosch Ebike Cost?

However, there are a few ways you can do it yourself. Some are more involved than others, but here are the two most straightforward ways to make your electric bike faster.

How To Derestrict An Electric Bike Using The Manual Method

The manual method of derestricting an electric bike is the best way to do it if you don’t have many tools. It is the least technical and easiest way to derestrict your electric bike, so it’s a good choice if you’re a beginner or not very technical.

This method changes how the ebike controller receives data from the transmitter.

Most hub-mounted motor electric bikes use a sensor that measures how fast you ride by reading a magnet on the rear wheel. Each time the magnet passes the sensor, the sensor sends data to the controller.

The controller uses this data to tell the motor how much power to give you, depending on which assistance level you select.

The wheel’s circumference is a critical part of how the controller calculates the bike’s speed. The bigger the circumference, the faster the bike can go. So if you move the sensor to another part of the bike, you can reduce the frequency the magnet passes it. The result is that you’ve manipulated how the controller sees the speed.

If you fit it to a part of the bike that rotates slower than the wheel, the controller will record a different speed. This means the motor will stay engaged at higher speeds.

Here’s how to do it in three easy steps:

You’ll need a 4mm Allen key to remove the sensor and some insulation tape.

1. Find the magnet on the wheel and sensor on your electric bike’s frame and remove them.

See also
Do Ebike Riders Change The Power Up And Down As They Ride?

Note: It’s a good idea to mark where you’ve removed the magnet and sensor from. This is so you can put everything back as it was if you need to.

3. Move the sensor, so it faces the magnet on the pedal bracket as it passes it. You may be able to clamp the sensor, but you’ll probably need to use insulation tape. Again, secure the sensor well so it doesn’t fall off during a ride.

How To Derestrict An Electric Bike With A Tuning Kit

Using a tuning kit is a more professional and tidier way of speeding up your electric bike than moving the sensor and magnet. But it uses the same principle of altering the speed data received by the controller.

The device fits directly to your electric bike’s sensor and tells the controller that you’re riding below the limited assisted speed. This means the motor will continue to give you power, allowing you to ride over the top speed.

Electric bike tuning kits don’t require you to do anything that will permanently change your bike. As soon as you fit one of these kits, it ensures that the limiter doesn’t engage, keeping the motor working.

The great thing about these kits is that they’re super easy to remove, so you can take your electric bike back to its original condition. This is helpful if you need to make a warranty claim or if you want to sell your electric bike.

See also
How To Recycle Your Bike ( In a Sustainable Way!)

Tips For Derestricting An Electric Bike

Although you can derestrict an electric bike using a simple method, it’s easy to get it wrong. Take your time and pay attention to what you’re doing. This is especially the case if you’re a novice bike mechanic or new to electric bikes.

Be Careful Where You Ride

When you ride a derestricted electric bike, you need to be careful. You will be fine on private land and may not have any trouble riding off-road.

However, you may attract unwanted attention if you exceed the speed limit on the streets on an electric bike. You can face speeding fines and a penalty for illegally modifying an electric bike if caught.

Even if you don’t derestrict your electric bike, you should wear a helmet. But the extra speed will make the consequences of a crash more severe, so always wear an appropriate bike helmet.

There’s a good chance that the non-electrical components on your electric bike are not designed for the extra power from derestricting the motor.

Therefore, you may want to upgrade some components to be safer and to enhance the ride further. Consider upgrading your tires for ones with more grip and durability. Combined with more powerful brakes, this will give you more control and stopping power.