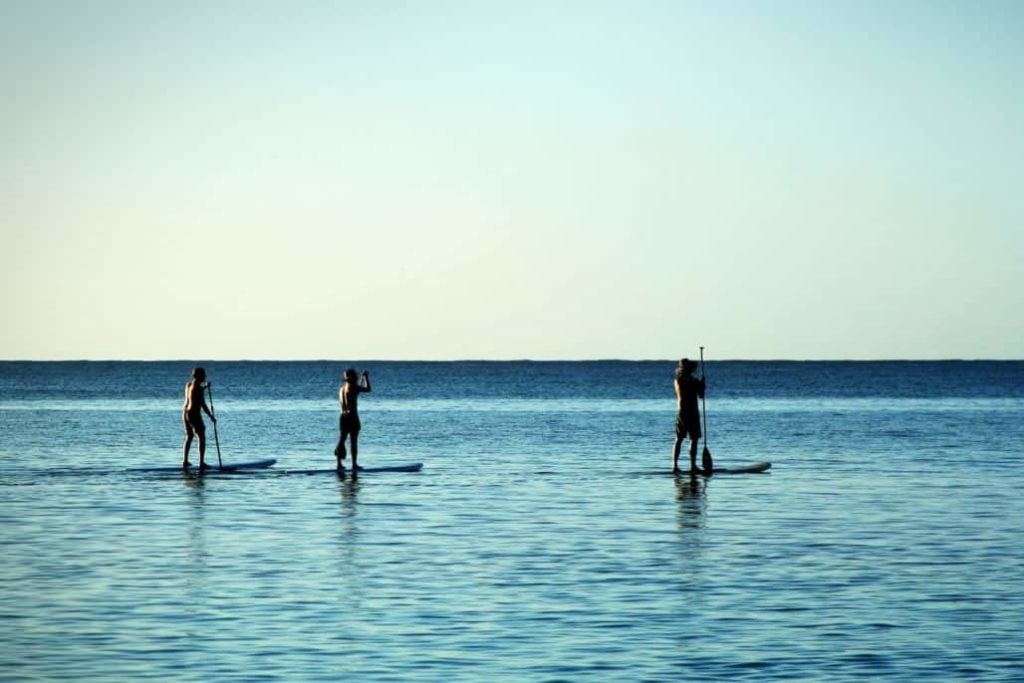 There’s a new kind of surfing that has caught the world of casual surfers recently and yes, we are talking about stand-up paddleboarding. Also known as SUP, this sport uses a paddleboard which is a lot similar to a surfboard. The only difference is that you’re standing on the paddleboard with a paddle helping you to push yourself forward.

However, SUP is not as new as people think it is. It’s been around since 985 B.C. Surprising, isn’t it? If you’re interested to know how SUP came to be all those years ago, keep reading.

A Timeline of the History of Stand Up Paddle Boarding 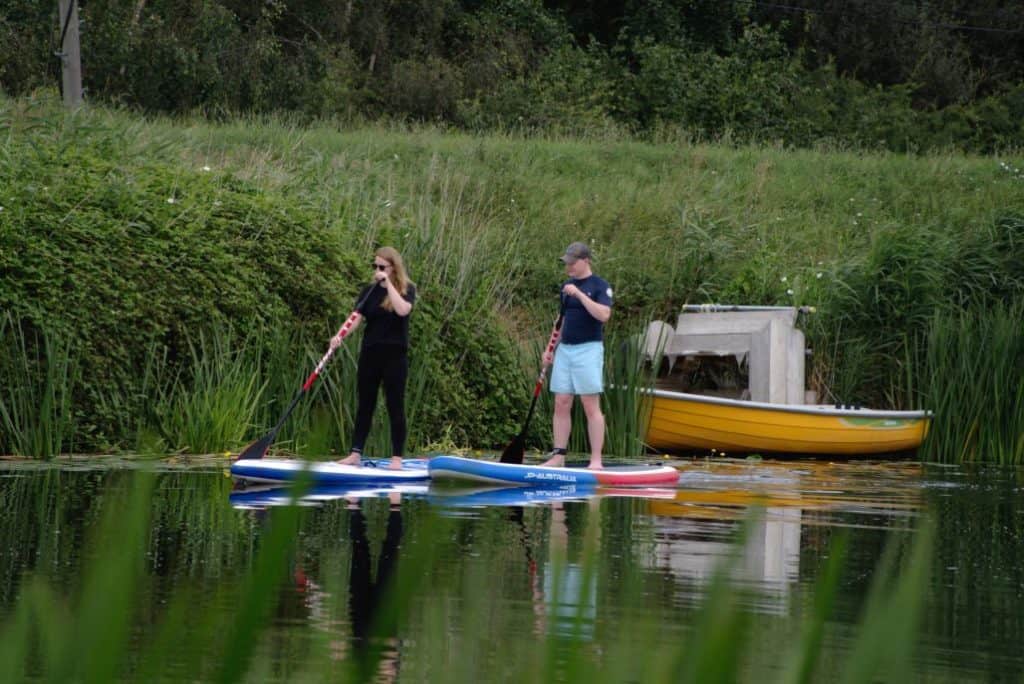 When did it all start? Way back in 985 B.C. While there are a lot of facts needed to be known (documentation was very scarce back then), it’s generally believed that SUP was first done in Peru, specifically in the city of Chan Chan.

In Chan Chan, the locals were known to ride vessels called “caballitos de totora”. When translated, it’s called “little horses made of reed”. These small boats are made from tightly-bound reeds that float on water. Just by its name, you know that the locals used these vessels to access the other parts of the sea or river that is out of reach from the shore or bank.

The reason why Peruvians even went to the sea was to fish for food. To help them fish and ride properly, they used a bamboo stick to serve as a paddle. Not long after that, the locals started using these caballitos de totora for recreational activities and sports.

Fast forward to 3000 A.D., SUP was found to have iterations in other countries, especially in Asia. Israelis and Arabians use a boat called “Hasake” which is more like a board-turned-boat rather than a small boat for fishing.

At first, the Hasake was just used for livelihood. Similar to the Peruvians, both the Israelis and the Arabians later used the Hasake for other activities. The most common use of this board-boat was for rescue missions.

If you’re wondering how a board can be used for saving anyone, know that the Hasake has a 5-foot width. This gives it enough space for both the rescuer and the rescue.

Of course, who could forget the gondolas that grace Italy? Until today, they are used as a means of transportation. However, you’ll often find tourists rather than locals riding a gondola on a daily basis.

The big difference between the gondola and the SUPs today is the actual board used. As you already know, a gondola is nothing like a board. Rather, it’s a small boat with seats accommodating 1-3 people plus the gondolier. Nonetheless, what makes it part of the SUP’s origins is the fact that gondoliers also use a paddle to propel the boat to its destination.

Obviously, gondoliers aren’t close to being surfers. For one thing, you can’t surf with a boat this big and heavy. To add to that, the boat itself is very different from the actual board that paddlers are using.

After so many decades, SUP has seen the light of modern times. Long after gondoliers were a thing, stand up paddleboarding showed up in Waikiki shores.

How? It all started with the Waikiki beach boys. No, not the actual Beach Boys, but real beach boys that were literally doing business teaching surfing on the beach. These coaches used surfboards as a form of a platform for them to teach their students to surf.

SUP started becoming popular when Duke Kahanamoku, also known as “The King of Waikiki Beach”, taught beach boys. These beach boys were taught by the Duke along with the Ah Choy brothers, Leroy and Bobby. The Duke was a popular figure in sports himself, being known as an Olympic Gold Medalist, swimmer, and surfer.

During these surfing lessons, instructors rode on surfboards to easily oversee the surfers. They used paddleboards to aid in steering their surfboards around. After a while, instructors picked up on this teaching style and started calling it “Beach-Boy Surfing”.

Famous figures rose from the popularity of the Beach Boys. For example, John “Zap” Zapotocky fell in love with SUP that he was always seen paddleboarding in the seas of Maui. Most of the time, Zap paddled with his dog named Sandy.

You can say that the 1900s are the decades where the modern SUP became famous. In the latter part of the 1900s, specifically in the year 1995, Dave Kalama and Laird Hamilton created the tow-in surfing model. This model is considered to be the pioneer in downwind boards.

The tow-in surfing model features a new canoe paddle to replace the old steering boards. This way, maneuvering the actual board is more comfortable and a lot easier.

During this time, SUP has become a tourist activity in Maui. Tourists and locals alike find this pastime a great activity to enjoy the waves and the sea. It also became a great alternative to surfing.

If there is one event that boosted SUP’s popularity, it’s in 2004 when Rick Thomas introduced the sport in San Diego, California. Rick Thomas is a Vietnam veteran who fell in love with SUP and thought it would be a great idea to bring the sport to California.

Thomas brought the sport to beaches and the rest is history. As you can see at present day, SUP is a popular sport all over the United States; California being one of the states that fully embraced SUP as a recreational activity.

Countries like Germany, Japan, and Australia hold their own versions of the Battle of the Paddle. Germany, for one, has a SUP World Cup held annually. Some continue to hold their local competitions until today.

Changes in Paddle Board Materials Over the Years 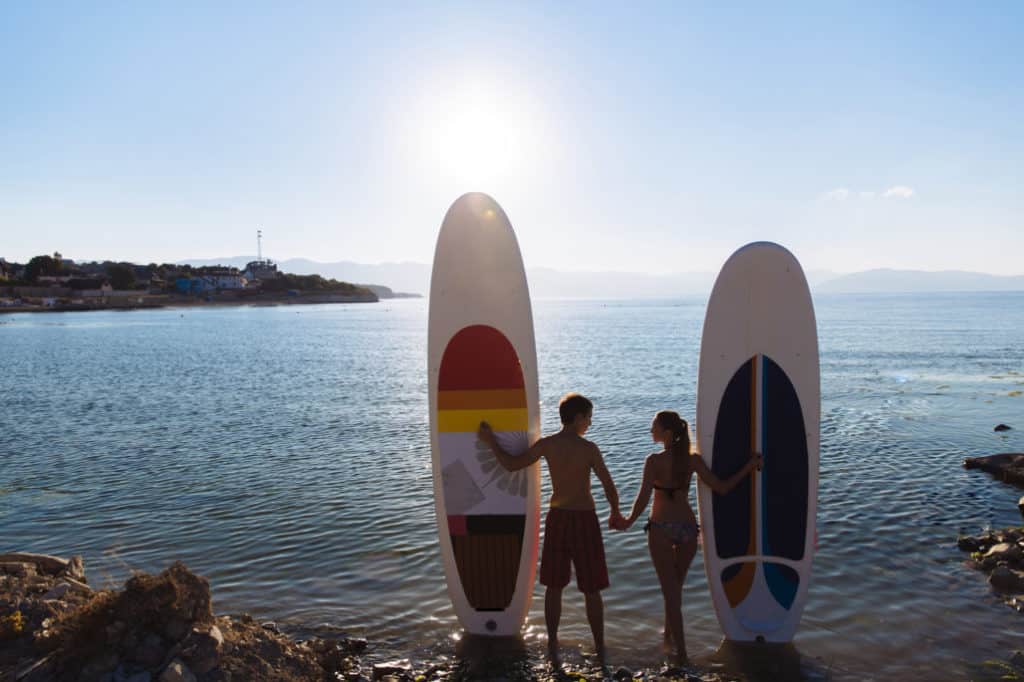 Innovation has definitely made its way to paddleboarding. Over the years, there have been a number of changes on how paddleboards looked, including the materials used to make them. Take a trip down memory lane in recalling the first paddleboard designs.

If you’re going to consider the 985 B.C.’s caballitos de totora as a paddleboard, then you can say that the first paddleboards were made of reed. Reed is a type of wetland grass that is known for its durability. Back then, it was used for construction materials, hence, it was used for boards and boats in the olden days. Today, the reed is used for a lot of musical instruments such as harmonicas and accordions.

In the 1900s, the first SUPs weren’t even lightweight – they used wood. Ironically, wood is not waterproof, so older versions of the paddleboard weren’t that durable. It wasn’t expected to last for so many years. Even paddles were made of wood back then.

It was only in the 21st century that paddleboards went through a huge transformation. What used to be a wooden board is now either epoxy or inflatable board. To give you an idea, there are two types of paddleboards – the inflatable version and the hard version. Hard paddleboards are made of fiberglass and epoxy. The inflatable ones, they’re made of PVC.

Aside from the main material of the board, the motor and the design were also changed. For example, the design of the paddleboard is optimized to be smooth with waves. This allows you to glide more easily when you turn or change direction. The boards today have a slightly different shape from the paddleboards before.

When it comes to the paddle, it also uses carbon fiber. This material is responsible for the lightness of the material. No more heavy lifting with wooden paddles! The shape of the paddles also changed over time. Today’s paddle shapes are designed to easily cut through the water.

Why Did Stand Up Paddleboarding Become so Popular? 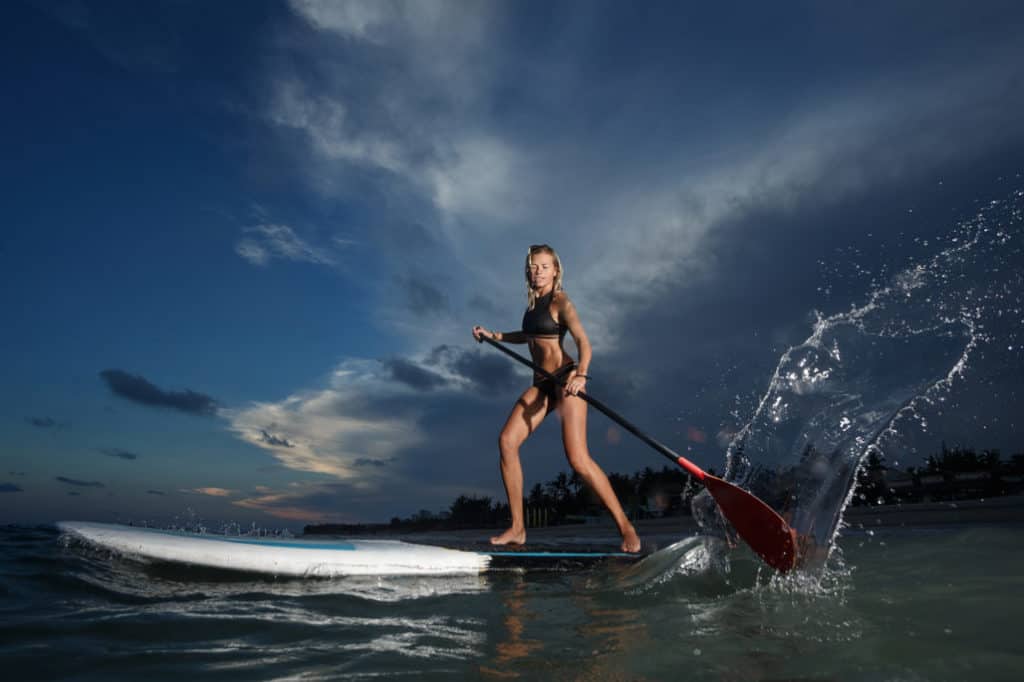 It’s not surprising that there are a lot of gaps in the history of SUP. Unfortunately, there aren’t enough documents that show how it spread to other parts of the world apart from the United States. There are also gaps in the explanations if Asian countries got the inspiration for their Hasake from the Peruvians.

That doesn’t mean that you won’t be able to know how SUP started spreading internationally. There are many reasons why paddleboards became so popular.

Is there any sport that becomes popular because it’s not fun? Fortunately for SUP, it’s a great outdoor activity that brings smiles to people who love going to the beach.

For one board, there are at least 4 paddleboard styles you can do – yoga, racing, surfing, and fishing. You read that right, you can actually fish while you’re onboard a paddleboard! This is the perfect 2-in-1 activity for people who love fishing and rowing boats.

To add to that, a paddleboard can also double as your floater when you just want to lie down and relax. It’s wide enough to fit any adult. Plus, it’s sturdy so you won’t topple over.

Over time, you’ll find other activities to do with a paddleboard. This is a win-win because you enjoy paddleboarding more while maximizing the price of your board.

It serves as a great workout.

Did you know that you can burn a lot of calories on an hour of paddleboarding? Most people will just think that paddleboarding is fun but what they don’t know is that it’s a killer workout – great for anyone who wants to stay fit during the summer.

An hour of paddleboarding can burn from 330-460 calories. This is already equivalent to one meal. So if people were looking for another reason to love paddleboarding, it’s the fact that it’s a great workout.

It makes you appreciate the sea.

Despite not having climate change and water pollution problems back then, people were already aware of the beauty of the seas and oceans. What better way to appreciate these bodies of water than with a paddleboard?

With this board, you can just paddle your way to the sea while taking in the whole horizon. For most people, this is what brings them joy when they paddle. It’s not only fun; it’s also an ode to how beautiful nature is.

Did you ever get into a sport that needed so much equipment that you ended up paying for so many things? You won’t have to go through that with paddleboarding.

Paddleboarding is considered a low-maintenance sport for many reasons. One, you don’t need a lot of equipment. At most, you need the board and the paddle which is always a package deal. Two, very little maintenance is needed for your boards especially if you have an inflatable paddleboard.

Stand up paddleboards have gone through so many changes ever since it was known to exist back in 985 B.C. It only started in one region but because of its usefulness in livelihood, it spread to different parts of the world. As time went by, people realized that paddleboarding can also be a fun, exciting, as well as a relaxing sport.

Overall, there are many reasons why paddleboarding has survived the test of time. In fact, more and more people all over the board continues to love the sport. The number of paddlers is steadily growing until today. There are at least a million people in the United States who love this sport.