History of Clay Pigeon Shooting: The Origins of Trap and Skeet shooting 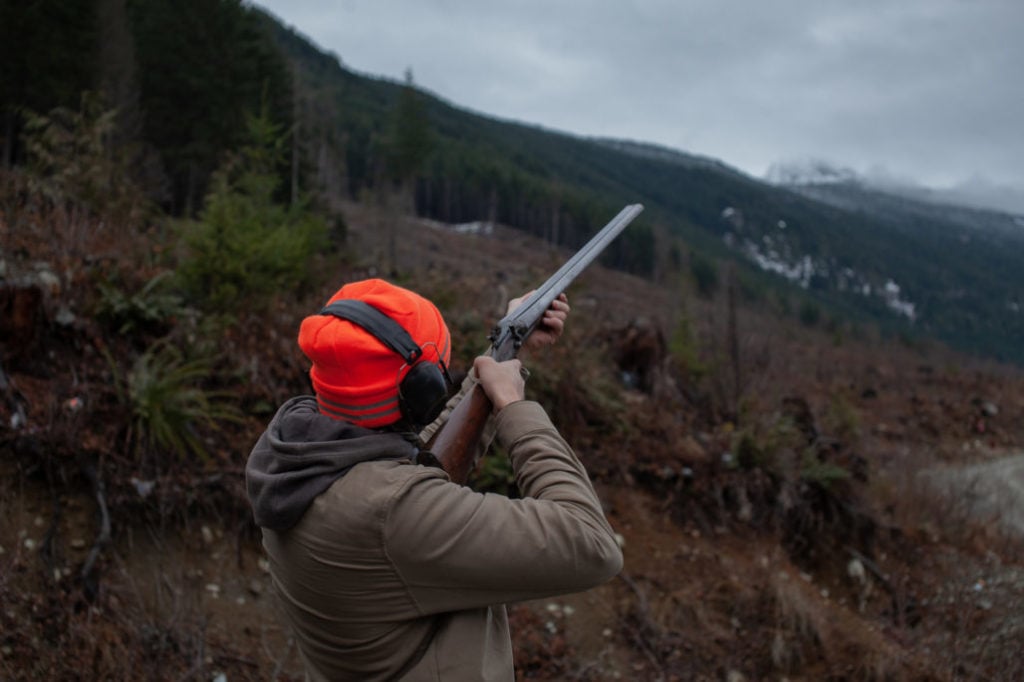 Clay pigeon shooting or clay target shooting is one of the world’s most popular shotgun shooting sports. It brags an exceptionally long journey that has been storied for centuries. Today, clay shooting is widely popular in countries such as the United States, Canada, Italy, Germany, and the UK.

But how did it come to be?

Well, clay pigeon shooting isn’t just a fun event to take part in; it’s a sport with a long history. It is thought that the sport traces its ancestry and much of its terminology to the earliest days of competitive shooting at captive birds (mostly pigeons) in the late 19th century, in England.

In this article, we’ll look at the history of clay pigeon shooting, focusing on the origins of trap and skeet shooting to see how the sport developed into the different disciplines we know today.

Clay Target Shooting History: How It All Began

Clay pigeon shooting or skeet shooting as it is called in the US is the art of aiming at special flying targets. This shooting activity bears a long history as it was initially practiced in the 1860s when pheasant and grouse shooting was rather common in the UK.

Historically, live pigeons were placed in box traps and fired at on a field, which looked much like the modern trap shooting grounds. Needless to say, the terminology used to describe clay shooting sport derives from ancient times when live pigeon shooting competitions were held.

Although such activities were outlawed in various countries including the UK, a target may still be called a “bird”, a hit may be called a “kill”, and a miss may very well mean a “bird away.”

Recent years have seen video game companies latching onto the sport, creating a host of exciting games based around clay pigeon shooting. The idea is to hit a clay disc launched into the air from a machine.

Interestingly, even the machine that projects these targets is still known as a trap.

Between the years 1870 and 1887, the ancient shooting practice witnessed significant changes when the first clay target was brought into the game. 1871, in particular, marked the dawn of shooting activities when the first big-name competitions were held in the United States via the National Rifle Association. In this, targets were initially glass balls stuffed with feathers.

While gambling was a major highlight of most live pigeon contests, it left the shooting sport with a not quite admirable reputation. Even so, great skill was a must-have for the game and it was during this epoch when terms like “Trap”, “Pull” and “no bird” were engaged.

In the 1880s, clay pigeon shooting evolved from being an amusement for only the privileged to become a widely popular sport, following the introduction of an improved clay device that not only lowered the cost but also presented similar flight functions to the traditional clay.

Towards the 1890s, shooters of clay pigeons in America were using millions of targets to carry out the practice (a number that has now grown into an outstanding 2 billion).

The Origin of Trap Shooting

Trap shooting was the first competitive shooting discipline to achieve massive popularity. The earliest National Competitions were held in New Orleans in the United States in 1885.

As for England, where the clay shooting had already seen its first outset in 1883, the first championship was held in 1893 by the Inanimate Bird Shooting Association.

It was in 1900 when trap shooting was initially recognized as an Olympic contest. Meanwhile, other shooting schools of popular English gun makers started using clay targets to emulate the flight of live birds.

This evolved into what is now referred to as sporting clays- although the first English Amateur Sporting event was not held until 1925.

The Origins of Skeet Shooting

Clay target shooting reached Massachusetts in 1915, where shooters participated in what was then called “shooting around the clock”. In this case, clay target shooters stood at 12 varied points on a circle in order to achieve a variety of shooting positions.

This developed into what is currently referred to as “Skeet shooting”. This is basically another popular discipline of clay shooting that derives its origins in an attempt to emulate the shooting game.

Skeet shooting was during the era of the first World War by 3 American bird hunters Charles Davies, William Foster, and Henry (Charles Davies’ son). Initially, they formed a complete circumference and one trap. This explains why the sport was dubbed “shooting around the clock.”

Initially, they formed a complete circumference and one trap, and this possibly explains why the sport was dubbed “shooting around the clock.” The idea is to imitate all the angles one might face in actual bird hunting.

Clay target shooting was first recognized as an Olympic discipline in 1896 in the Olympic events of Athens and has since then been in the program of activities.

According to sources, 285 athletes from various countries participated in competitions such as the 25-meter rapid fire pistol and the free pistol over a 50-meter distance. At least 116 of these competitors participated in Olympic shooting events.

In 1900, the second Olympic Games were held in France where 166 shooters participated. Other forms such as the carbine, rifle, and long gun were later incorporated as individual disciplines in 1908 in the London Olympic Games.

A few years later, in 1998, Barcelona hosted the 47th World Championships, where 2500 shooters from +100 countries participated. This turned out to be the first competition where blind shooters participated as well.

Ever since it was marked as an Olympic activity, Olympic shooting has been an authentic accomplice at every event.

Well, there was a sideline change in the number of events from 17 to 15 in the 2008’s Olympic Games held in Beijing, but on the bright side, this discipline was hugely popular with more and more shooters joining in.

So much to a point that there’re now sixteen shooting events incorporated into the Olympic program.

Around 1875, clay targets began to be used in place of life pigeons, following the development of asphalt targets. These artificial targets were still referred to as “clay targets”.

However, by 1921, public sensibilities had evolved and massacre for sport and gambling over thousands of captive birds was not considered morally acceptable anymore. A bill was passed in the same year by the British parliament to illegalize live pigeon shooting from traps.

Following the end of live-bird shooting, clay target shooting became the new norm, although it had been around for years. Initially, the sport imitated live-pigeon trap shooting, where a number of traps were placed in front of shooters, elevating at a consented distance.

The inanimate targets, in this case, were originally hollow glass ball targets, mostly stuffed with feathers. They were first used in 1866 in Boston and US, before becoming popular in Britain by 1875.

In this, the target balls were thrown by a facility from a catapult, created from two pieces of Indian rubber with a cup in the middle. This happened to be the birth of the ball trap.

This Bogardus trap was merely a leaf on a board, with a simple upright iron rod that featured 3 notches, which held the end and kept it under tension.

The trigger was in form of a string attached to the top. It functioned in a way that when the string was drawn, it unleashed the spring, throwing the ball skyward. This fathered many improvers and imitators on the ball trap game, like the Huber, the Morris, and the Payne.

The Disciplines of Clay Target Shooting

There are at least 20 distinguishable types of regulated and well-recognized competitions in Clay pigeon shooting referred to as disciplines. That said, though, most of them can be categorized into three main groups: Trap, Skeet, and English Sporting.

While “skeet” is a Scandinavian word, it is thought that the discipline originated in America. Targets are thrown from a couple of trap houses located about 40 meters apart (usually, one on the right side of the field and the other on the left side).

The targets are discharged at certain speeds and trajectories. In this, the shooter can only make one shot at a target and must hit within the shooting margin.

There are two main types of skeet: Olympic skeet and American skeet. The American skeet is most popular and is often considered great for beginners and amateur shooters probably because the targets are slower. In this case, targets are discharged in a set of singles and doubles, which add up to a total of 25 targets per round.

Variety in American (NSSA) skeet is achieved by firing round seven stations on the half circle, which is then followed by an additional station, located between stations one to seven. Scoring is on the basis of one point per target hit, up to a maximum of 25.

The shooter must hold the gun in a gun down position; he is only allowed to bring the gun on the shoulder after the target has emerged. Two targets are shot on each station except the eighth station.

As the name suggests, targets in trap shooting are released from a trap house and emerge in front of the shooter. Target trajectories and speeds can easily be varied to match the discipline of the shooting preferred.

There are five shooting angles and every shooter is entitled to five targets emerging from each station on the shooting field. In Australia, there are two forms of Trap; Olympic Trap and Domestic Trap. Domestic Trap is the most common form of clay target shooting in Australia.

In Olympic Trap, targets travel at speeds over 100 Kilometers per hour, and there’s a broad variety of heights and angles at which the targets are thrown.

Sporting targets basically simulate life bird shooting. Targets include battue/duck, springing teals, mini targets, super mini targets, and even rabbits that roll along the ground. It is said to be the most challenging form of clay target shooting.

So if you’d like to test your aim, and you love outdoor sports, clay shooting is a fantastic option that will help you improve your reflexes while having fun.

Trap shooting vests: how to find the right fit?

The Ultimate Beginner’s Guide to Trap and Clay Pigeon Shooting