How To Make Natsu For Cosplay That Totally Slays 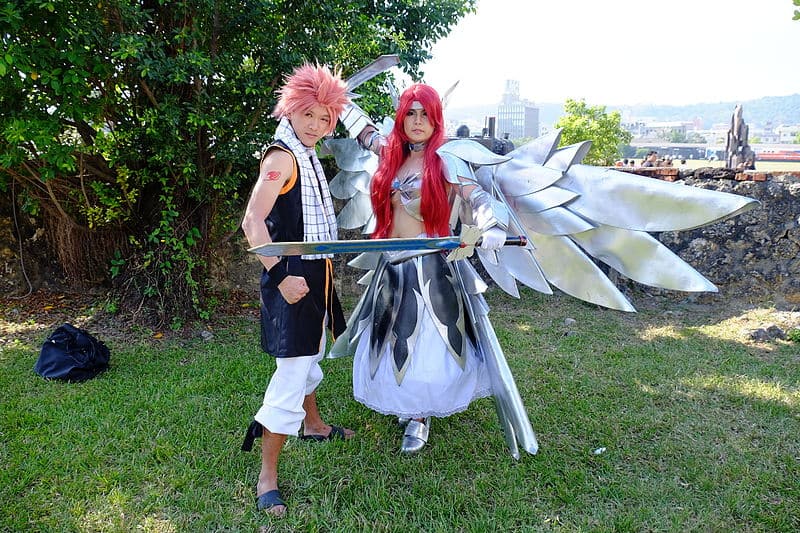 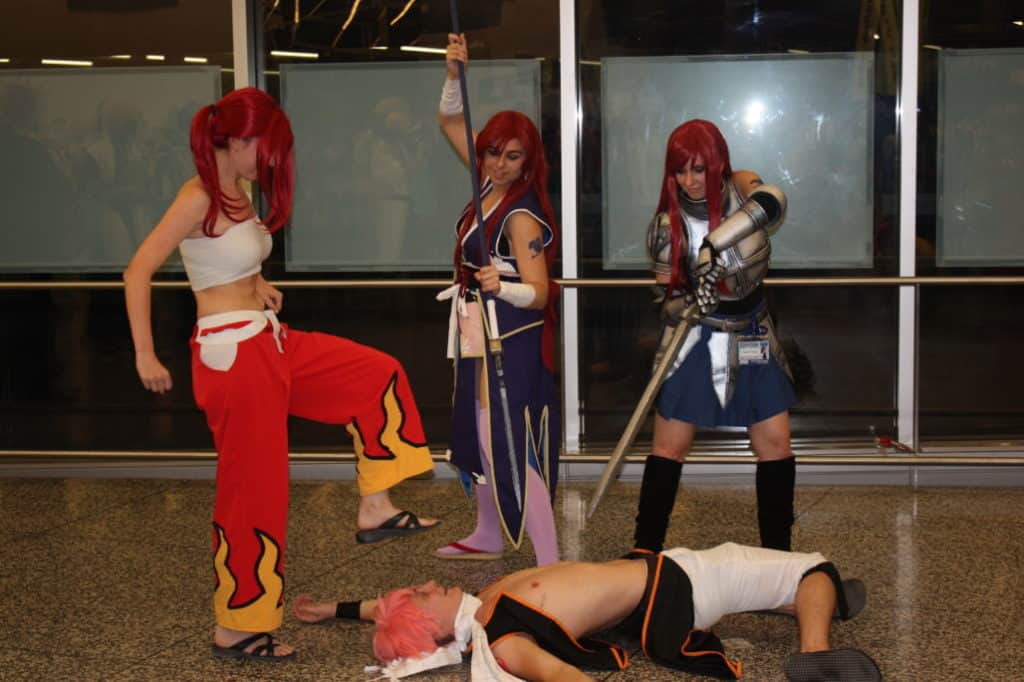 Natsu Dragneel is a slim, muscular male with a medium-length skin tone. He has dark eyes and very identifiable spiky pink hair. While he is a dragonslayer, Natsu has powers similar to dragons, which is realy cool.

Natsu has a number of scars that he obtained from his countless fights. He has a scar on the neck, which he conceals behind his scarf, and a cruciform scar at his left side. He also has red guild markings on the shoulder, a fatal wound he got after a fight with his supposedly dead brother, the Fairy Tail character named Zeref.

In the Fairy Tail story, Natsu Dragneel wears a pair of white short pants topped with a gold-trimmed black overcoat with a belt, the right side of which is sleeveless. Though he has a main outfit, he sports several other attires as well. For his foot-wear, Natsu normally wears black open-toed sandals. A white and black scarf is permanently hung on his shoulder. 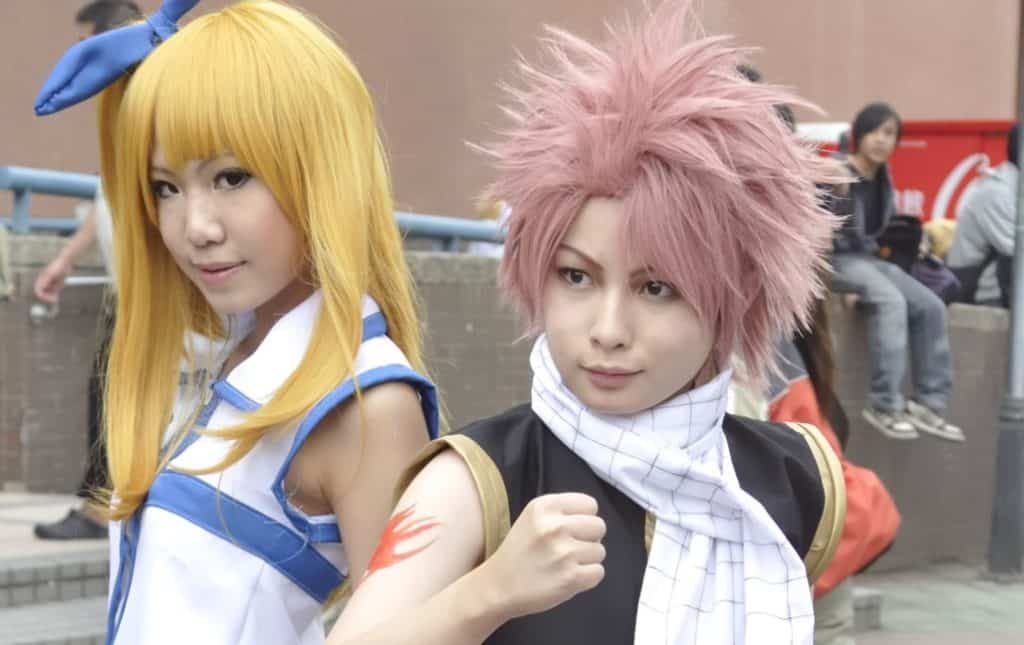 Are you ready for some sewing works? Making the Natsu Dragneel costume calls for at least basic skills in sewing. This costume version you’ll be making is the one Natsu wears at times, which is the blue and yellow sleeveless shirt and skirt set along with the scarf and his wrister. 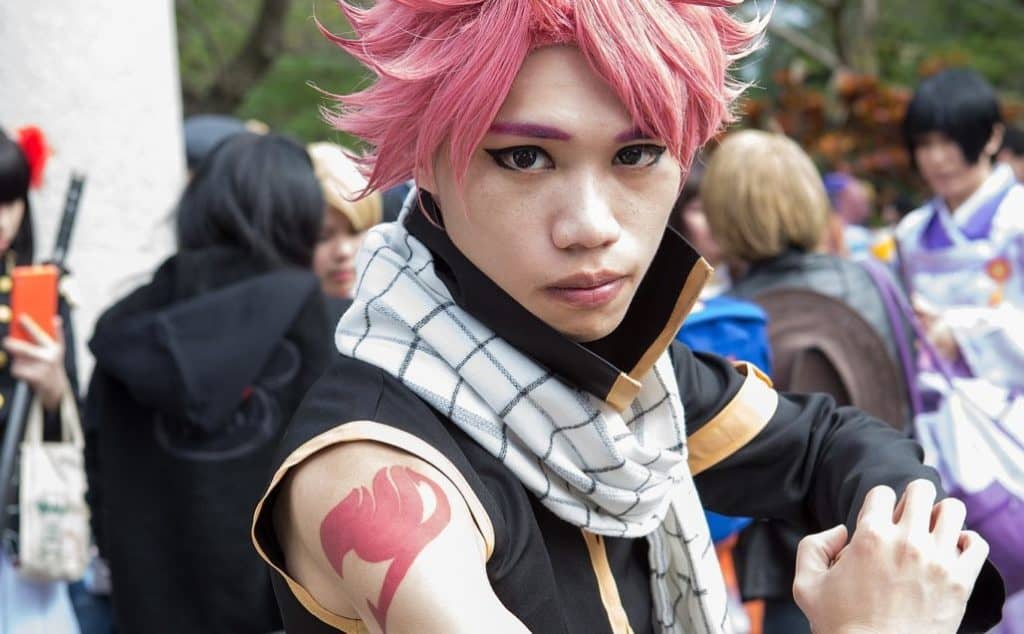 When it comes to the scarf, you can opt to sew the piece using fabric with a design similar to Natsu’s. If you choose to make one from the white cloth, measure 5 feet long and about 2 feet wide, and then sew the edges. You can use a black marker to draw the crisscross or checked design on the neckerchief.

If not, you can purchase this accessory at any of the online shops that are selling Natsu Dragneel and Fairy Tail costumes. The scarf may be sold alone or as part of a set of Natsu Dragneel costume. Depending on what online store you visit or where you buy the item, the neckerchief may come in cotton or flannel material and may be handmade, measuring up to 8 feet in length and around 9 in. in width.

For the Natsu arm tattoo, you can draw a temporary one on your skin with the use of a red marker. As to the Natsu spiky pink hair, you can opt to use a wig and dye it pink in the same shade as Natsu’s hair. Otherwise, you can go online, choose from the wigs offered at various online cosplay stores, and compare the price from one seller to another to find a good deal.

As to Natsu’s shoes, he is always shown to wear a basic pair of open-heel sandals that go well with his clothes. Cosplayers just typically buy quality shoes or sandals to pair off with their Natsu Dragneel costume. When buying Natsu shoes online, you may find that the online seller may be from another country and may offer different sizes for shoes, so always check the size chart to make sure that you get the accurate and perfect fit. 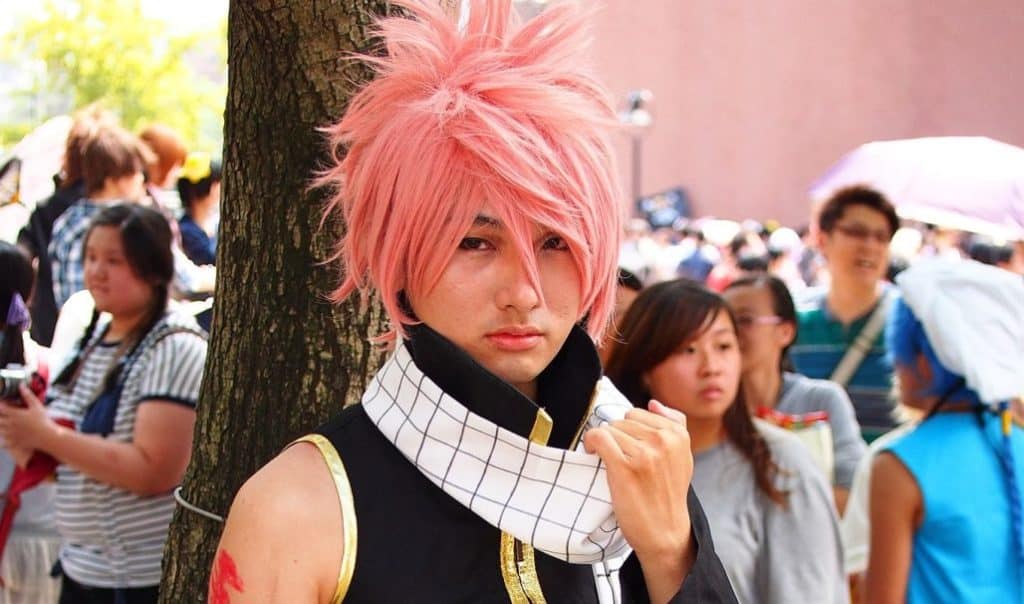 Are you aware that Natsu is one of the more popular among the other characters in the anime series? A lot of cosplayers, both women and guys, have taken a liking to this Fairy Tail character because of the endearing traits he shows in the anime. Below is just a sample of the many ways that cosplayers show their admiration for the creature slaying Natsu Dragneel by cosplaying him in various, unique outfits.

“See me as Natsu the dragon.”

Do you often see Natsu cosplayers with dragon parts on their costume? I guess not because most of the time, people want to dress up as Natsu Dragneel, the monster slayer, with the sleeveless coat, slippers and all. If not that, it’s the gold-trimmed black skirt outfit with the overcoat that most go for.

But do you want to hear about some genuine Natsu character love? This particular cosplayer went to the full extent to display Natsu’s half-dragon character from Fairy Tail: Dragon Cry. To honor her fascination for the character, the cosplayer personally made her outfit with dragon wings and scales for her Natsu Dragneel costume.

Spending countless days for the completion of the dragon costume, the cosplayer showed what commitment was all about. The Natsu costume was notably complex and, apparently, a labor of love. And as an added bonus, she even built a castle in the background to Cosplay!

Ready for battle? There are cosplayers who like to dress up in Natsu costumes that are not as precise yet are fantastic nevertheless. One cosplayer, during her photoshoot, created a background depicting a scene from the Tower of Heaven, a taboo magic item in the anime series. In the said episode, Natsu battles Fairy Tail antagonist Jellal Fernandes.

As those who watch Fairy Tail know, the Tower of Heaven is the most recognized arc in the Fairy Tail anime series. Natsu and Jellal’s fight in this episode is sure to evoke some sentiments in the heart of an ardent Fairy Tail Natsu fan. Cosplaying the Natsu costume in this particular scene ensures the delivery of the intended message.

Are you ready for a gender-bending Natsu Dragneel costume? What’s really remarkable about cosplaying is that you can be anything and anyone you want and tweak it even more. Cosplay provides everyone an opportunity to express their creativity without limits.

A cosplayer can create a female version of the Natsu Dragneel costume that still gives that Natsu appeal but with a really feminine outfit and gender-bending details and enhancements. Long and flowing pink hair, a longer scarf, shorter top, and a bare midriff can make the female Natsu Dragneel aura more distinctive and unique, enhanced with a feminine charm.

A Dragon Slayer In Heels

Showing Natsu Dragneel in his original style while adding a different facet, and subsequently creating a whole new character but with similar aura, is another gender-bending approach with successful results. As everyone knows, Natsu either goes barefoot or in his sandals. This is rather cliche given that our hero is practically always on the run, don’t you think?

So, it’s interesting when a female cosplays him and adds her own touch to Natsu’s typical outfit. Instead of our heroine sporting a pair of mundane ancient-looking sandals, she puts on killer heels yet exudes a fearless dragon slaying heroine. Isn’t cosplay one of the most wonderful activities ever? 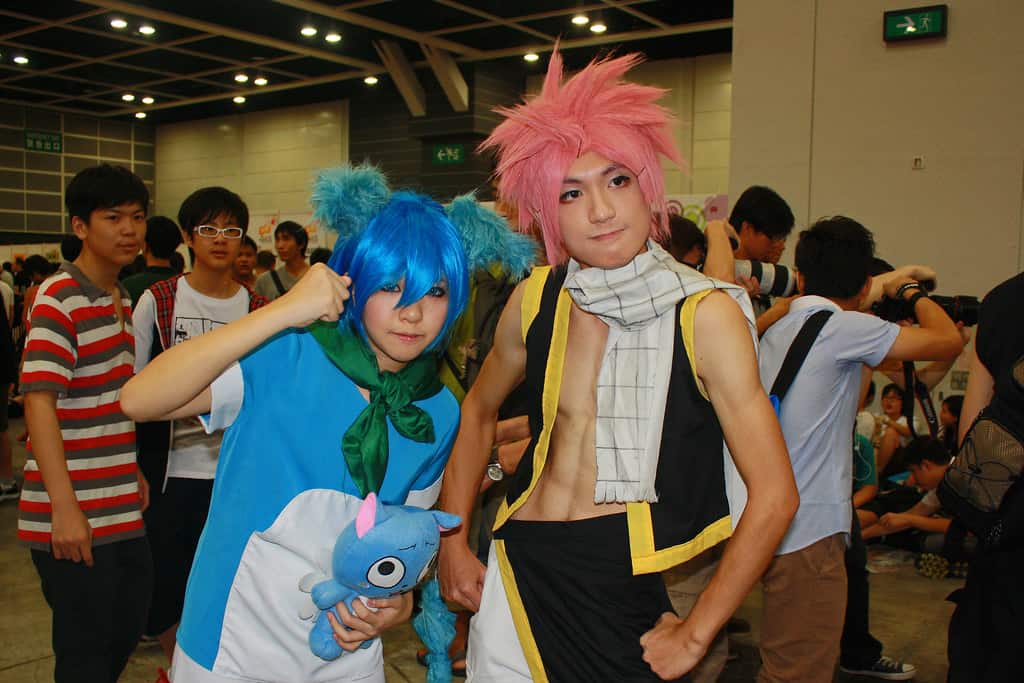 The many possibilities of cosplaying Fairy Tail anime celebrity Natsu Dragneel, whether in male or female version, in distinct and creative outfits make cosplaying and performing this exceptional character an absolute blast. No true Natsu Dragneel fan can resist coming up with a costume Natsu himself would ever have thought of or imagined. With a Natsu Dragneel cosplay, the ideas and prospects are just teeming.

So, if you’re thinking of taking Natsu cosplay several notches higher, then now’s your opportunity. Together perhaps with a bunch of your friends who may wish to portray other characters in the Fairy Tale world, you can step up things up. Double the excitement of the cosplay event in the next convention while enjoying the Fairy Tail moment dressed up in your Natsu Dragneel cosplay character.

How To Make Realistic Cosplay Armor – Without Breaking a Sweat!

How To Make Moving Wings For Cosplay

How To Make Rabbit Ears For Cosplay (Simple Steps!)

How To Make Nine Tails For Cosplay – A Quick Guide

How To Make Sinon For Cosplay