Empire Mini GS Review – It Really Is Max In Character! 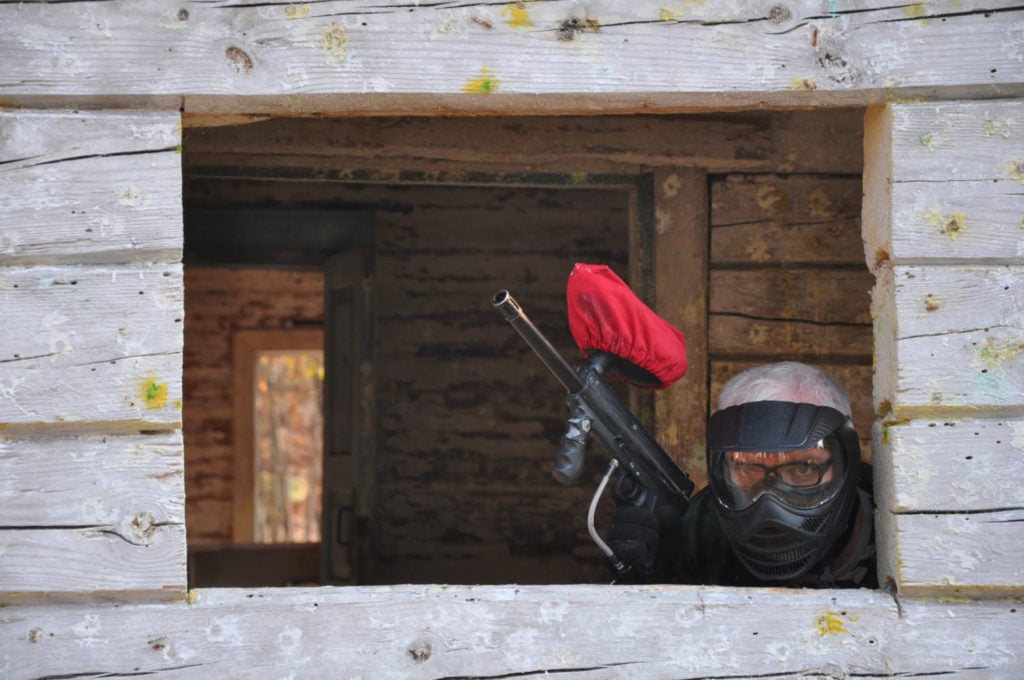 The Empire Mini GS has come with a new and improved version – the same Mini GS but with more ergonomic features and better grip. As a newer Mini GS, there’s a lot of expectations on this marker. The good thing is that Empire is known to always listen to their customers. Hence, this new paintball gun is already so much better than its predecessor. 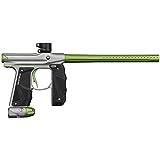 Empire has been around for a few decades now and they have never had a single bad year when it comes to their paintball sales. Why? It’s because the company is known for making affordable mid-range markers that can be used as entry-level guns. Their markers are made to fit a wide range of players which makes them a go-to brand for everyone.

As a paintball company, Empire is committed to improving its older models. As you’ll see here, the new Empire Mini GS is an improvement of its older version. This is a strategic move by Empire because their individual markers end up having more followers as the years go by. In short, the Mini GS’ name will live on even if it changes its structure, mechanism, or material.

Overall, you can’t go wrong with an Empire marker. They’re reliable and durable. They’re also very affordable. Empire has managed to capture the price-sensitive players. Plus, with their high-performing guns, they’ll forever be known to be a trustworthy brand.

A Quick View of the Empire Mini GS

How different is the new Empire Mini GS from its predecessor? If there’s a comparison between the two, it’s obvious that the former is so many times better than the latter. It’s not just because it has better technology, rather, it was made to be more comfortable to use and easy to maintain.

Its features include a better and wider trigger, a rubber grip, less recoil, and fewer chops. The Empire Mini GS includes features that are geared to making its use easier. You no longer need to waste a lot of time assembling it. However, it still needs a little break in just so you can increase the paintballs shot over time.

Some would say that Empire focused on ergonomics and comfort for the Empire Mini GS over the efficiency of the gun. While this can be somewhat true, this paintball gun is still an impressive marker to use even when you are already an intermediate player. Ask a seasoned gamer and they’ll most likely recommend the Empire Mini GS to you.

Features of the Empire Mini GS 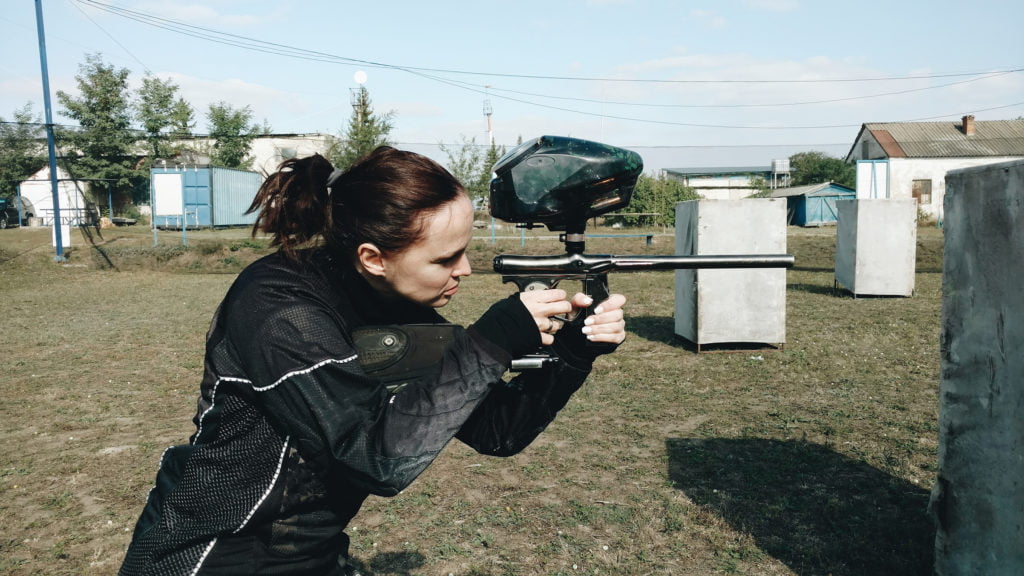 Curious to know what makes the Mini GS a favorite among paintball players? Here’s a list of its best features.

The Empire Mini GS’ enhanced rubber grip is one of the most popular features of this marker. The rubber grip may be a small improvement over the old Mini GS but fans of this gun have applauded Empire’s new design. The rubber grip shows that Empire listens to its customers which was made obvious with this feature.

The enhanced rubber grip envelopes the handle of the marker until the trigger area. The design and the shape of the grip make it more comfortable for players. The rubber also makes it easier to hold even with gloves. That way, the gun doesn’t slip so easily.

When it comes to design, Empire has outdone itself with the Mini GS. Both intermediate and beginner players will find this gun so easy to hold. Some say that it fits their hands perfectly. However, there are also those that claim the size of the trigger area to be small for people with large fingers.

Nonetheless, the overall design of the marker was made to be easy to manage even during long games. The Mini GS is compact and minimalistic so you won’t get any distractions from the gun itself.

Another improvement from the old Mini GS is the switch for the ASA. Whenever you want to remove the air tank, all you have to do is flip the switch so it’s easy to detach. To complement the easy removal of the tank. Empire has added a Redline OLED board that no longer requires you to switch the foregrip just to adjust the tank.

With the ASA switch, the set up and adjustment of your marker is a lot easier and faster. You can change your tank even during the game because it only takes a few second. However, there might be resistance with the switch, but after a few times of using the gun, it will be easy to use.

If you’ve ever heard stories about paintballs breaking right inside the gun, then that’s called chopping. To avoid this scenario from happening to you, Empire added Break-Beam Anti-Chop Eyes to its electronic paintball gun.

Anti-chop eyes work by creating a beam between the transmitter and the receiver. When you have a paintball loaded, this beam breaks, hence, the name break-beam. With every break, paintballs are chopped less because of less resistance yet enough pressure to maintain the velocity of the paintball when it’s shot.

To make most of the Empire Mini GS, Empire made sure to equip it with a 45/4500 HPA tank. What does that mean? This kind of tank has enough compressed air to shoot 11,000 paintballs. This feature has several advantages. First, you can save more since you don’t have to keep reloading tanks every few games. Second advantage is that you have fewer things to carry because you know you don’t need a tank reload after one game.

Whenever you pull the trigger, there’s a noticeable clicking sound. This means that you actually feel if you’ve made a shot or not before the paintball shoots out milliseconds after. This is going to be helpful for all kinds of paintball players.

Pros and Cons of the Empire Mini GS 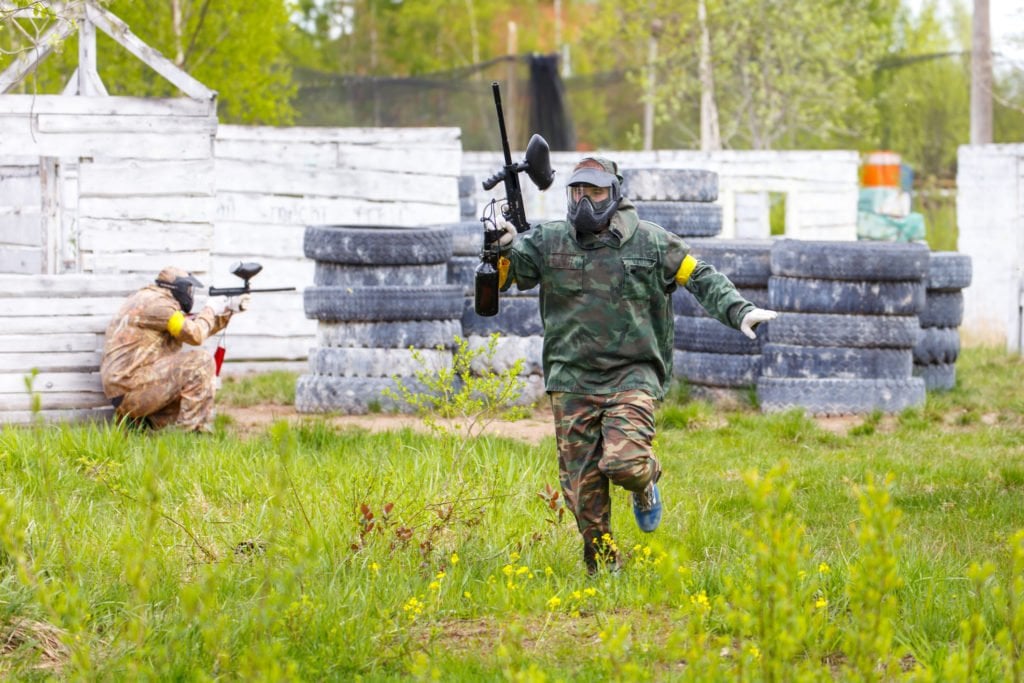 What about the pros and cons? The Empire Mini GS seems too good to be true but what have other players who’ve used the gun say about its cons? Read on to know about them.

For a mid-range paintball gun, the Empire Mini GS is very affordable. It’s around $300 and you can find deals online offering packages including a few accessories that can come in handy. At first, $300 seems like a big investment but since the Empire Mini GS can last you for a long time, you don’t have to buy a new gun after your first few years.

This is expected from a gun that uses aluminum for its body. However, what the Empire Mini GS does differently is that it’s very steady even when the weather isn’t good. It’s light, yes, but it’s also durable enough to not break even when you roll, run or do other things in the paintball arena.

The Empire Mini GS is so easy to use. You don’t’ have to prep it and you don’t need a lot of tools when you have to open it. This is a great advantage of the Empire Mini GS because you can easily open it in half even when you’re in the middle of a game.

Do you have slippery fingers or just a shaky hand? If you don’t know how to keep your hands in place, then the grip will help you with that. Empire Mini GS uses a rubber-covered grip so you don’t have to worry about the gun falling off.  This doesn’t mean that it will give you accurate shots if your hands aren’t steady.

To make things a lot easier for its players, this paintball gun has an on/off ASA feature. Even if it’s a small addition to the Mini GS, it’s very useful especially when you’re changing air tanks. You just flip the switch and you can remove or attach the tank.

Have you ever heard of chopping? If you have, then you know that it’s so annoying to have broken paintballs mid-game. With the Mini GS, this will hardly be a problem.

Unfortunately, the Empire Mini GS is not perfect. Some players complain that there are parts that break after a few games and that the FPS often doesn’t reach the one rate that is marketed by Empire. Whether it’s your first time having a marker or not, these defects can be very annoying especially when you have to send the paintball gun back to Empire.

There are reports that some units of the Empire Mini GS have gas leaks. This is a little surprising because this is a very elementary mistake for Empire guns. Empire is known to be high-quality, but for their gas tanks, it seems that they did not inspect all their units properly.

It’s so ironic that the Empire Mini GS, who is known for being a comfortable gun to use, is so small for those with large fingers. This doesn’t talk about the shortness of the barrel, but more about the small trigger area and the short grip.

The grip is a little too short for those who have chubby fingers. Sure, it fits all four fingers, but you won’t have enough room to hold the gun comfortably. The only silver lining here is that the grip is covered with rubber so the gun doesn’t slip through your fingers.

How Does the Empire Mini GS Compare with Other Paintball Markers? 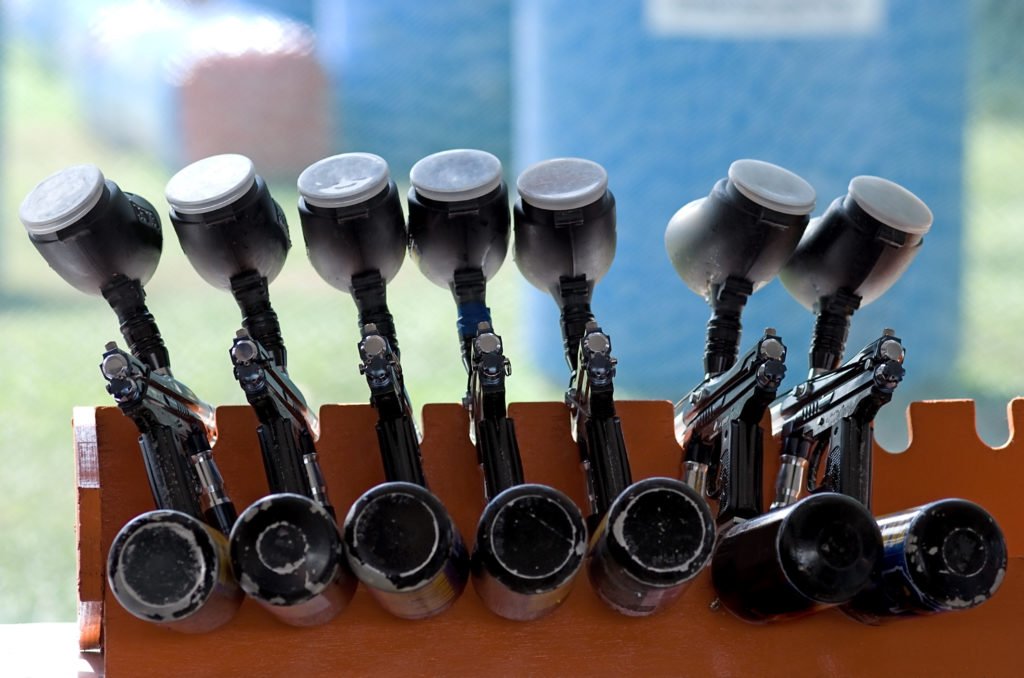 There’s a lot to be said between the old Mini GS and the new one. The new Mini GS has an improved grip making it a lot easier to hold. The problem is that even when the new Mini GS was made, the trigger space and the grip size wasn’t improved, so both Mini GS models are hard to hold if you have large fingers.

In terms of efficiency and ease of use, the new model exceeds the older one. Features like the ASA regulator, ASA switch, and the higher FPS all improve the new GS’ performance. It’s now a better marker that even intermediate players can use in their tournaments.

When compared with other mid-range markers, the Empire Mini GS proves to be a more reliable and affordable paintball gun. There are a lot of mid-range markers priced higher than $300 that are not as good and as well-made. Some were even made by unknown brands that don’t have the experience the Empire company has when it comes to designing paintball guns. 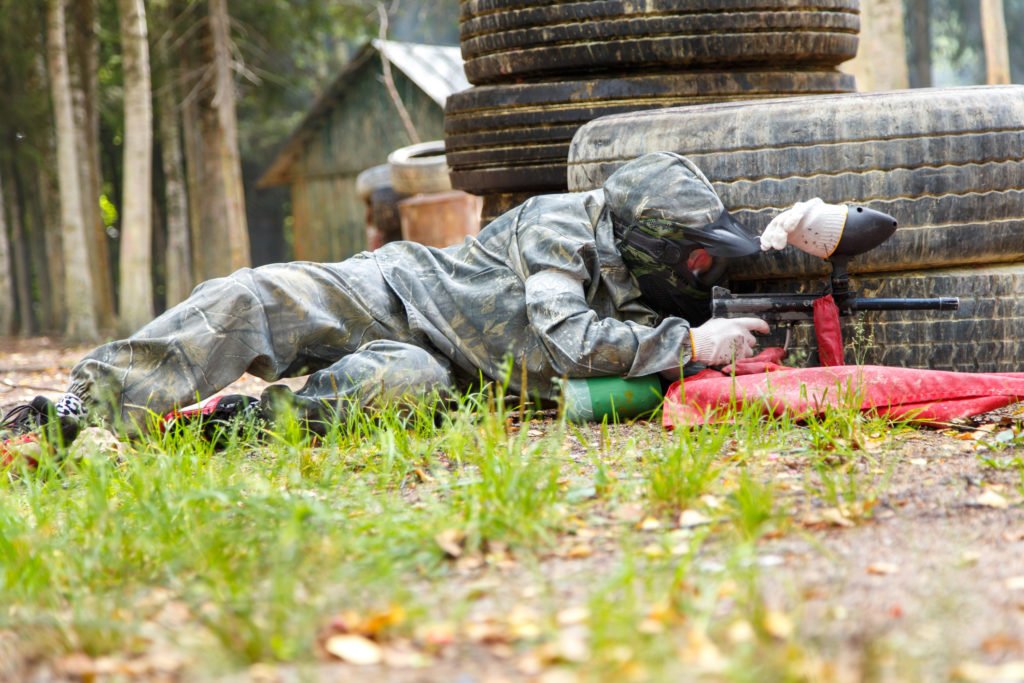 In the end, the Empire Mini GS is one of the easiest paintball guns to use. As a beginner, you’d think that it’s a little more expensive than the others. But if you’re planning to use it all the time, you just made the right investment. This marker is very durable and it can last you for so many years, not to mention that it’s also efficient in using air for every shot.

Overall, you’ll have a great time with the Empire Mini GS, from use to maintenance. There’s little to maintain and when you do, you just remove two bolts to access the internal components. The only downside to this gun is that some units are defective. Hopefully, you don’t get yourself a flawed Empire Mini GS.