Hydro Testing Paintball Tanks: What Is It, And Where To Get It Done 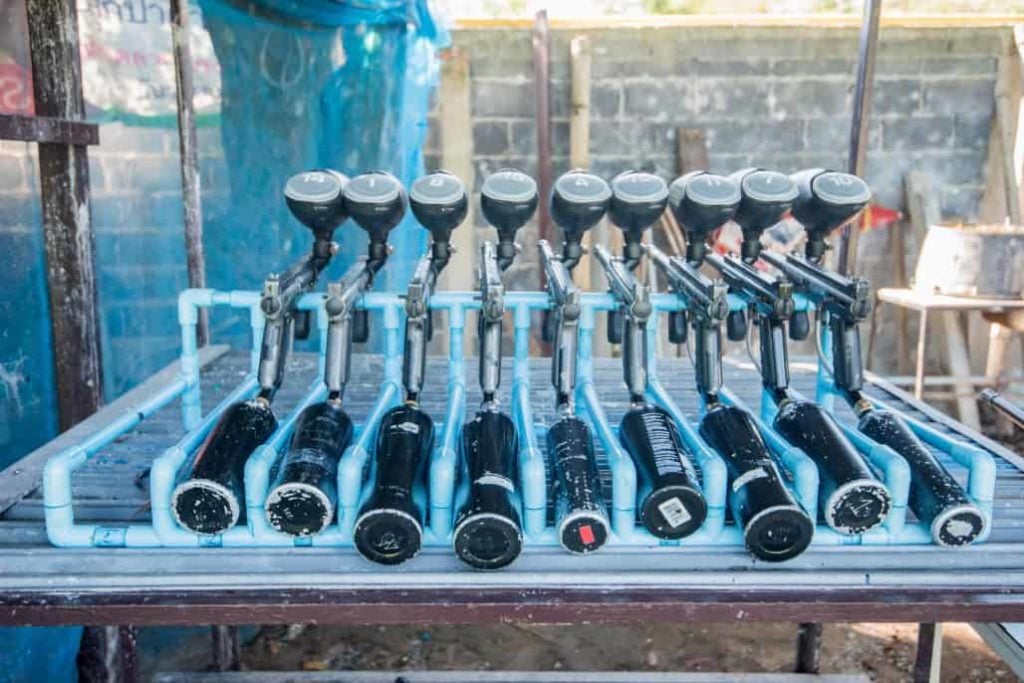 What’s hydro testing? Is it required for every paintball player? Why is it so important? If this is the first time you’re hearing this, then know that it’s something every paintball player should know. You may have been thoroughly equipped with all the knowledge through our ultimate paint balling guide but may not have to do a hydro test until now. But in the next few years, you might have to – who knows! So what is a hydro test and why do you need to do it?

Hydro Testing - What Is It? 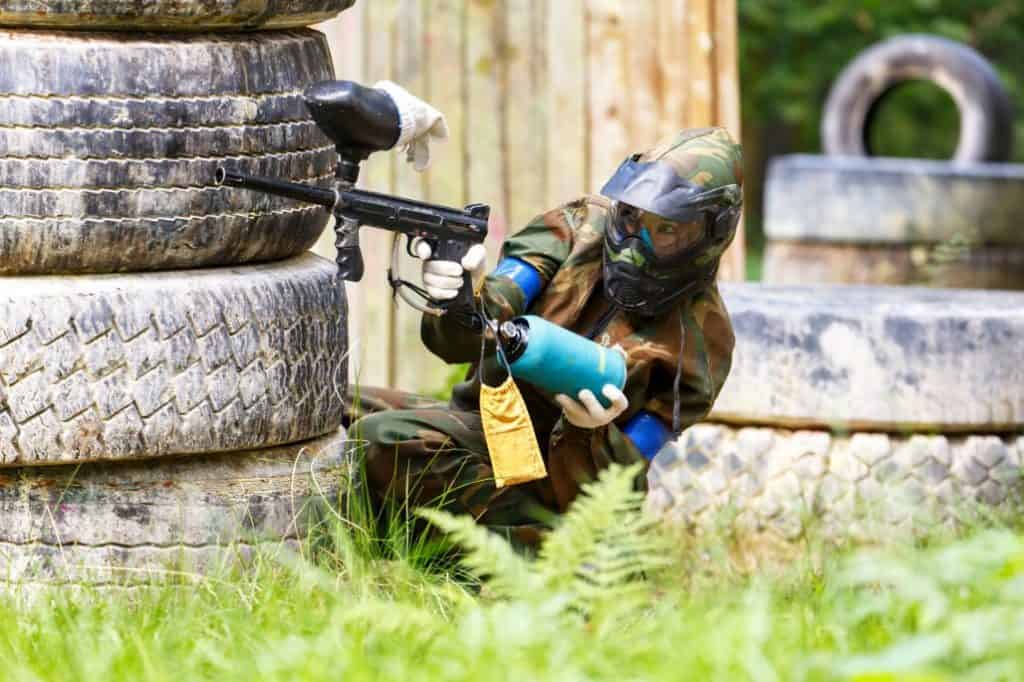 A hydro test or a hydrostatic test is the process of testing a tank, vessel, or pipeline for any leaks and defects. You don’t have to do a hydro test the moment you buy a paintball gun, but in the next few years, you might have to.

When you do a hydro test, the tank will be filled with liquid. The amount of liquid will always be slightly more than what the vessel can contain. Why? This is because tanks, vessels, and pipelines always have a buffer in terms of the pressure they can handle. This is mainly for added protection in cases where the pressure in the vessel goes slightly beyond the recommended pressure stated.

Did you know that the liquid used is often colored or dyed? This is to easily identify if there are leaks in the vessel. Moreover, you’ll be able to find where the leaks are coming from because it will be very obvious.

When Should You Get a Hydro Test? 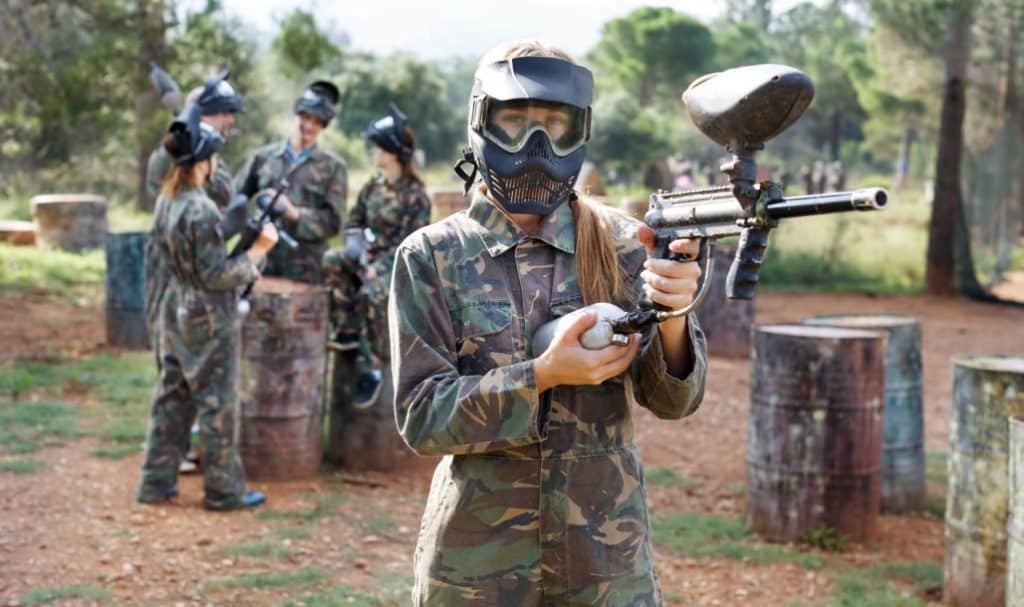 Each tank will have information about its validity, schedule for getting hydro tested, and the manufacturing date. These three are very important in determining when to do your first hydro test. First, go look at the manufacturing date. It’s often on each side of the “TUV1” or a similar set of alphanumeric symbols. The number on the left signifies the month it was manufactured while the number on the right is the year it was made. That’s going to be the basis of your count.

Next, look for the statement on when it should be “rehydro-ed”. If it says every five years, then count five years starting from the manufacturing date.

How is a Paintball Tank Hydro Tested? 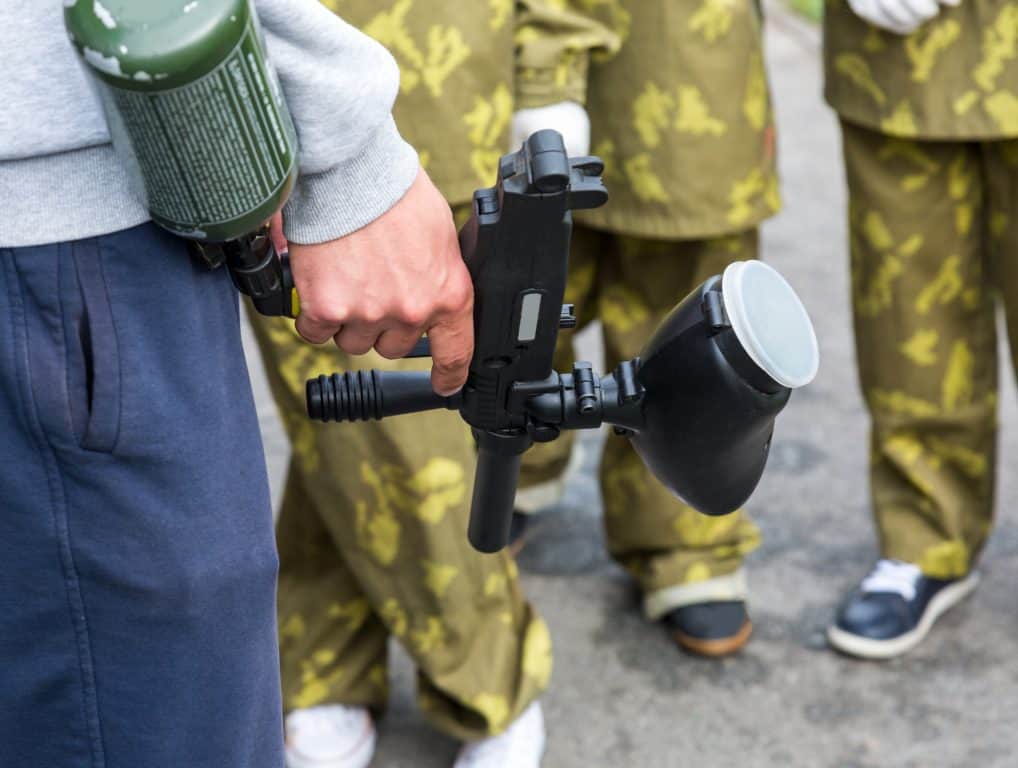 Did you know that not everyone is allowed to do a hydro test? Apart from the obvious that equipment for hydro tests is not readily available to civilians, it’s a very technical process. Do something wrong and you might damage your paintball tank. Besides, it’s a lot easier for professionals (also called hydro testers) to do it since they will also be giving a stamp of the hydro test date.

Here are the steps on how a hydro test is conducted.

Before your paintball tank gets subjected to any pressure test, the hydro tester will check for any damages on the tank and threading. If you’re wondering if you need the regulator, you don’t, because you’re not trying to regulate the air for this one. Instead, you’re checking if there is pressure that escapes from your paintball tank.

Just like the threading, the actual paintball tank will be checked. The hydro tester will be looking for any signs of damage outside the tank. This could be anywhere from dents to corrosion. Of course, if there’s corrosion or a dent, your hydro tester won’t recommend going through the pressure test.

Are there cases where a damaged tank is allowed to get a hydro test? There’s barely a chance for your paintball tank to reach the actual hydro test when it’s damaged. Besides, would you want to risk using an already-damaged paintball tank just to get through with the hydro test? You’ll learn later that it’s not worth it.

Have your threading and tank passed the preliminary inspection? If they do, then they’ll immediately be hydro tested.

After it’s been placed in the pressured vessel, it’s closed and observed. Your paintball tank will be observed if it expands or if it breaks. What if it expands? When it does, it’s not entirely bad news. Sure, it’s better if it doesn’t expand at all but as long as the change in shape is not drastic, your paintball tank will still pass the hydro test.

What’s the stamp for? Well, it’s not a stamp but more of a sticker. Remember the frequency when you should get a hydro test again? This new date will be your starting date in counting three or five years for the next hydro test. 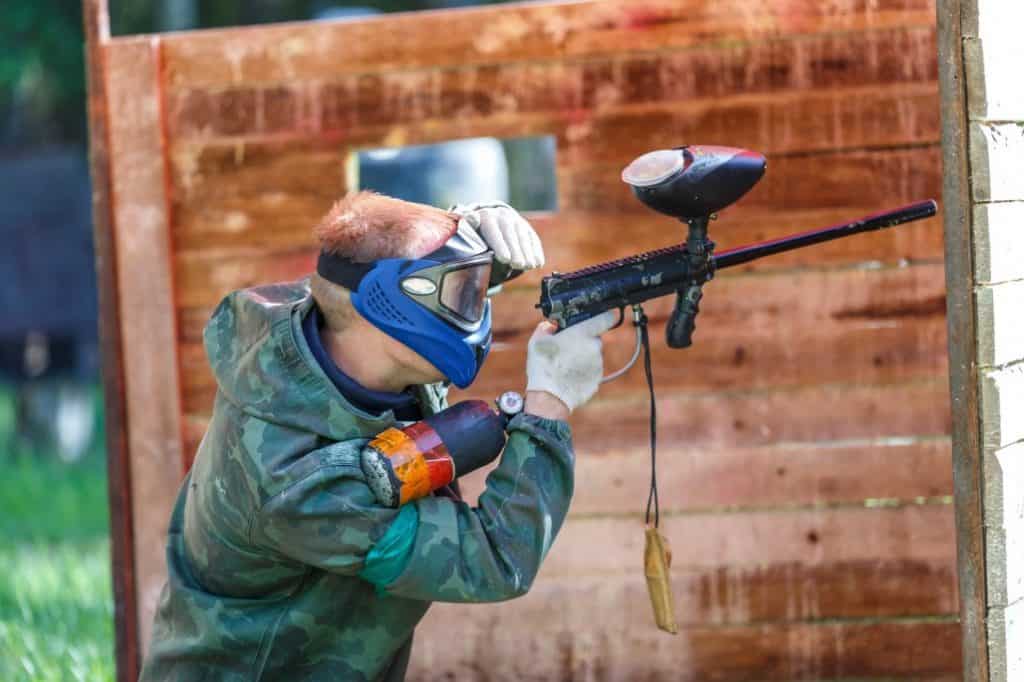 Why is a hydro test so important? Here are the reasons why.

Non-tested paintball tanks can be very dangerous. Aside from the obvious that it might explode during the actual game, it can cause injuries to you or your opponent. Just imagine an exploding paintball tank that can possibly hit someone.

To keep your game safe and hassle-free, always make sure that you check if your paintball tank needs to be hydro tested. If they’re not, then you can at least be sure that no explosions of any kind will happen during your paintball game.

Did you know that pressurized vessels are required to be tested? It’s not just paintball tanks but pipelines and other enclosed objects, too. Every state may have slightly different laws to this but the essence is the same – all pressure-bound items should be hydro tested for leaks and damages.

The consequences to not getting a paintball tank hydro tested differ from state to state. Local laws will often ask you to pay for a fine but you might have to answer to a lawsuit. In any case, don’t let yourself get into this much trouble just for a simple hydro test.

You might get kicked out of your paintball place.

Is kicking you out really necessary? Unfortunately, it is. Aside from the fact that you didn’t follow the protocol, the paintball establishment might answer to your actions which is definitely not something they want. To avoid getting into situations like this, just make sure to get a hydro test before playing paintball.

If anything happens to you and your teammates or opponents, who do you think will be liable for that incident? It’s still going to be the paintball establishment. Even if it’s not their fault, they can still be sued for negligence for not checking whether the paintball tanks were all hydro tested.

Depending on how bad the injury is, the paintball arena can be sued or asked to close down. Sure, they might have exhibited negligence, but would you want a whole establishment close because of your mistake? That’s a heavy burden to bring.

Should You Get Your Paintball Tank Hydro Tested? 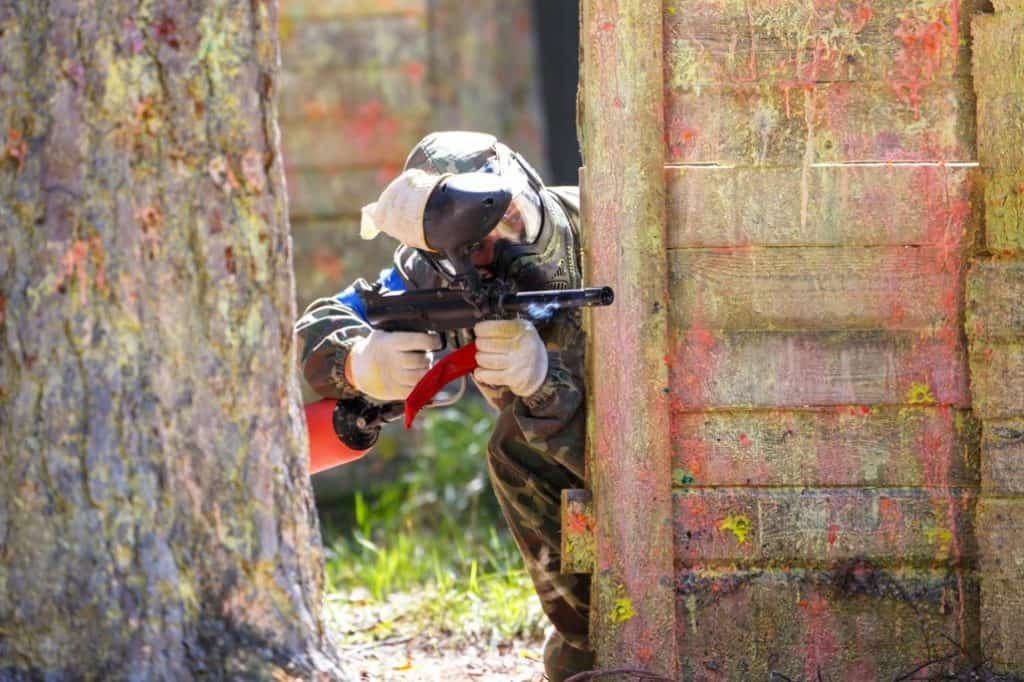 When it comes to new paintball tanks, there’s no doubt that they’re always better and they provide less risk overall. Since they’re most likely newly made tanks, you won’t need to do a hydro test after you buy it. The downside to this, though, is that you have to spend a little more on a new tank.

Another thing you should check is the material used for your paintball tank. Is it a CO2 tank or an HPA Steel tank? If it’s either of the two, then you might find it even cheaper to buy a new one simply because these kinds of tanks are not that far in pricing compared to a hydro test. They won’t be as cheap as $30 but they won’t be too far from that price either.

When should you not buy a new paintball tank? If you just want to buy a new tank for the sake of skipping a hydro test, then you have to make sure that your current tank has already deteriorated or it’s a CO2 or an HPA tank. If your tank is not, then you’ll just waste your money buying a new one especially when you don’t need it. Let’s say your tank is made of carbon fiber. These kinds of tanks are not cheap, so it’s better to just get them hydro tested.