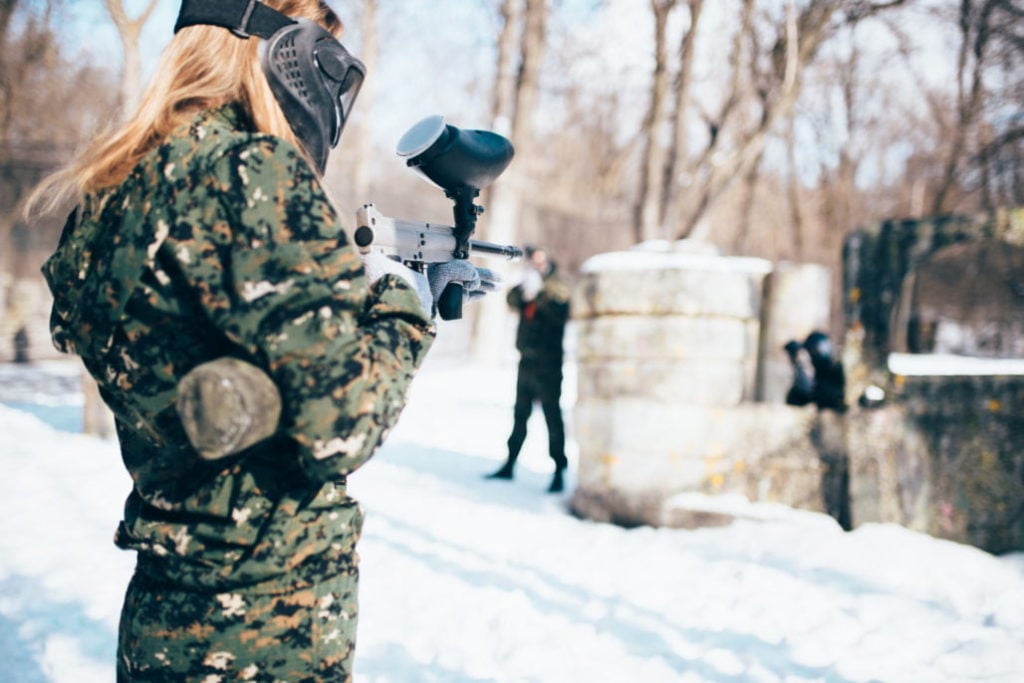 Paintball is an exciting sport and you’re only going to enjoy it to the fullest if you have a reliable paintball gun with you. Without it, what’s the point of playing? For beginners, investing in a marker is a huge leap from rental guns. Aside from the fact that you have to maintain and clean your own gun, you’re also shelling out a couple of hundred dollars.

So what’s the best entry-level marker out there? For price-sensitive players, the Planet Eclipse Emek is a good starting point. It’s pretty popular among beginners and intermediate players because it’s affordable; it’s less than $300! Apart from the price, it also uses Gamma Core technology which you’ll find later is responsible for making the gun efficient. Curious about the Emek? Here’s a full review of the marker.

Planet Eclipse is one of the more popular paintball marker brands in the industry. They’re like Tippmann and Empire. And like these companies, Planet Eclipse creates a wide range of products and accessories to fit every paintball player.

The company was built in 1991 but contrary to popular belief, it wasn’t a marker maker back then. Instead, it was a manufacturer of parts for famous paintball guns. It was only in 2002 that it diversified and made its very first marker. Their first gun was the Ego 05 which immediately became a hit in the paintball industry. And the rest is history.

Today, as a lot of players know it, Planet Eclipse is a reliable brand. They have a lot of lightweight, entry-level guns that will fit any budget. They’re known for their Gamma Core technology, too which is a great innovation for their markers. You’ll find later that it’s easily one of the best things Planet Eclipse has made for their products.

A Quick View of the Planet Eclipse Emek

There are a lot of entry-level markers out there, but why the Emek? What’s so different about it? In all honesty, if you’re a beginner, you’ll encounter a lot of markers telling you that they’re durable, efficient, and lightweight. Those aren’t new anyway.

What’s unique with the Emek is that it has its proprietary technology for making the gun efficient. Just imagine, every shot you take uses so little gas that your gas tank doesn’t get emptied even after a few days. Not only that, when you combine it with its easy maintenance system, you have a gun that is so easy to use without you needing to know all the technicalities of a paintball gun.

The Planet Eclipse Emek is easily a reliable marker. Anyone who has a Planet Eclipse gun can attest to its quality and performance. Couple that with the thought that it retails for less than $300 and you definitely have a steal here. Not all entry-level markers come with a good price and high-quality materials and mechanisms.

Features of the Planet Eclipse Emek 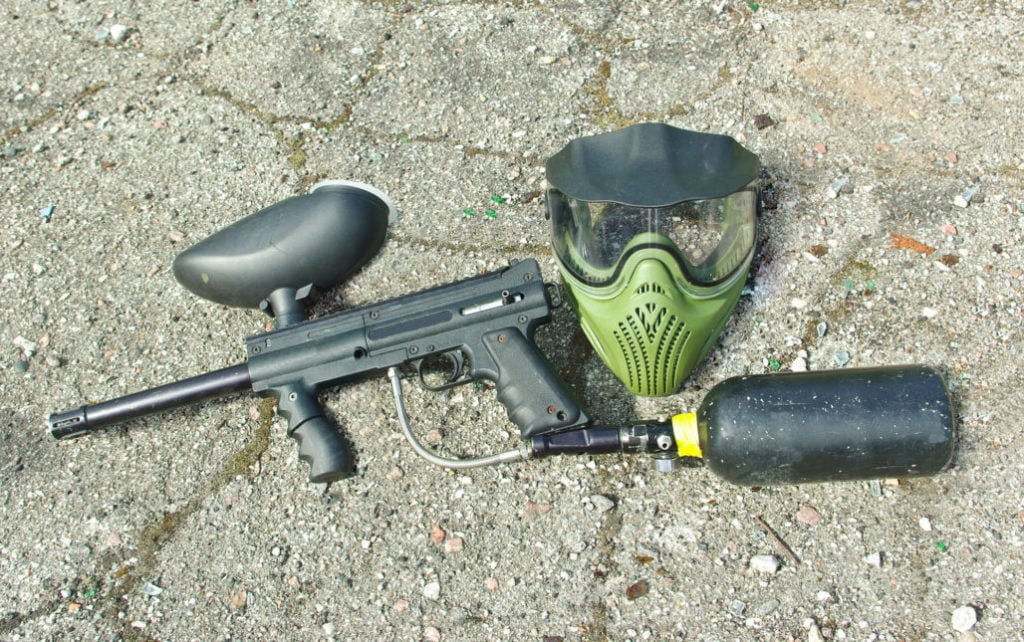 You’ve heard the Gamma Core being mentioned several times here already. But what is it exactly? How does it make this gun efficient?

The first thing you need to know is that the Gamma Core drivetrain technology is Planet Eclipse’s innovation for a more efficient and accurate shot. This tech makes use of minimal air. In effect, you buy fewer gas tanks in the future and you have a less noticeable recoil and kickback.

The Gamma Core technology isn’t just for efficiency either. It reduces the maintenance needed on your Emek. Even if you haven’t lubricated your marker for the past weeks, it’s almost guaranteed that your marker will work as good as new.

There are two primary materials used on the Planet Eclipse Emek. The outer shell of the gun is made using glass-reinforced nylon. Most guns have hard aluminum as their outer shell but both materials are known to be durable and sturdy even when they’re used in very high or low temperatures.

The second material is aluminum. The Emek uses aircraft-grade aluminum. You’ll find this material in the bottom-line adapter and covering the inner body core. The reason why Planet Eclipse uses two materials is to have additional strength on its other parts.

Planet Eclipse made sure that their gun is easy to use and you will notice that when you try the Emek’s trigger. This single trigger pulls very smoothly so it’s easy to use when you have to fire consecutive shots. On average, you can fire around 8 paintballs per second. However, some claim that they can shoot around 10 paintballs.

Take note, however, that the Planet Eclipse Emek’s trigger is smooth but not soft. With that said, don’t expect the trigger to be that soft to pull. Instead, it gives a more satisfactory feeling whenever you pull it. This allows you to focus on your shots and to feel every shot made.

The Planet Eclipse Emek doesn’t require any tools for it to be opened. You just press a button and you can easily access the internal components of the gun. As a beginner, you’ll find this design feature to be very helpful. Aside from making maintenance a lot more convenient, you can also access the inside of the gun during the game quickly.

As a final addition to the compact design of this paintball gun, Planet Eclipse has done away with its external hose connecting the gas tank and the grip. Thus, the Emek has a hoseless air transfer system that will make you feel a lot more at ease when using the gun.

Pros and Cons of the Planet Eclipse Emek 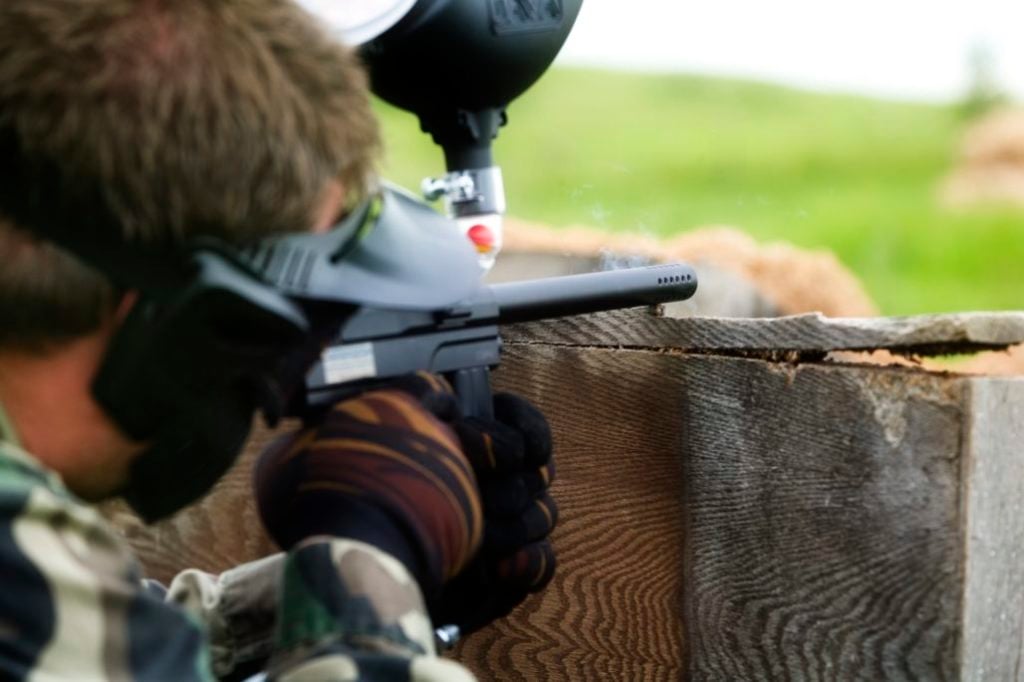 There’s so much praise about the Emek that you will eventually wonder, are there even disadvantages to owning this gun? Of course, there are. Here’s a list of its pros and cons.

Without a doubt, the price is the most impressive feature of the Emek. With all its features mentioned above, all the money you’re spending here is worth it. As a beginner, buying this gun is a wise investment especially if you’re unsure if you want to play paintball in the long run.

The gun’s weight is around 1.87 pounds. This is as light as it’s going to get and to tell you the truth, this is just carrying a few things in a small bag. You won’t have a hard time swinging and carrying this marker around even during your first game. Besides, the design is compact enough. Unless you put accessories on it, you won’t have difficulty running with the Emek.

One of the things you’ll love about the Emek is its ease of use. It doesn’t have a lot of buttons and switches that will confuse you. It’s low-maintenance too. Apart from cleaning it after each game, there’s not much you should do with your gun. That’s the beauty of it.

Planet Eclipse really thought about durability when they designed the Emek. The use of both nylon and aluminum was able to improve a lot on how long the gun will last. Sure, the gun looks like it’s going to break because it’s so compact, but it’s far from breaking. Those who have bought the Emek are still using their guns a few years later.

As if there are not enough things that are good with the Emek, you’ll be surprised to know that the gun is very consistent. It doesn’t matter if you’re new to paintball or you’re already rusty from not playing. This paintball marker doesn’t need a break-in period for it to work well. You can thank the Gamma Core technology for making this gun consistent even without a lot of maintenance.

For an entry-level marker, the Planet Eclipse Emek is very impressive. Most of the guns that have efficient systems often cost a lot more. Most people even expect beginner guns to have low efficiencies. You don’t have that problem with the Emek. It shoots the way any mid-range gun should and it doesn’t chop paintballs.

Both grips of the Emek are covered with rubber material to make it easy for you to hold the gun. The back grip is slightly angled and curved to fit your hand perfectly. It’s very comfortable to hold even when you carry it around for a few hours. It may not have grooves to perfectly place your fingers on, but it’s not necessary with the Emek.

Lastly, this gun has a very smooth trigger. It’s so smooth that you forget that you’ll run out of paintballs if you aren’t able to stop yourself from pulling the trigger all the time. Because of this, you can end up going for continuous and more consistent shots.

Despite having a comfortable grip, the trigger area is just too small to easily move in. For people who have large fingers, the space is too small for you to be comfortable in. Unfortunately, you can’t do anything about it. Your only silver lining here is that the trigger is smooth.

The Emek is many things but it’s not suited for speedball. Since it’s a mechanical gun, you need an electronic gun to fully enjoyed (or be allowed) to play speedball. For now, just stick to games that allow you to use a mechanical marker.

The barrel that comes with the Planet Eclipse Emek is 10 inches long. This is a few inches short of what is ideal for your shots to be accurate. To improve your accuracy, it’s best to buy a barrel that’s at least 12 inches, and since this gun has a short barrel, you might have to buy another one.

Replacing the stock barrel isn’t a must, but most players notice that their shots are more accurate when they replace the barrel with a longer one.

How Does the Planet Eclipse Emek Compare with Other Paintball Markers? 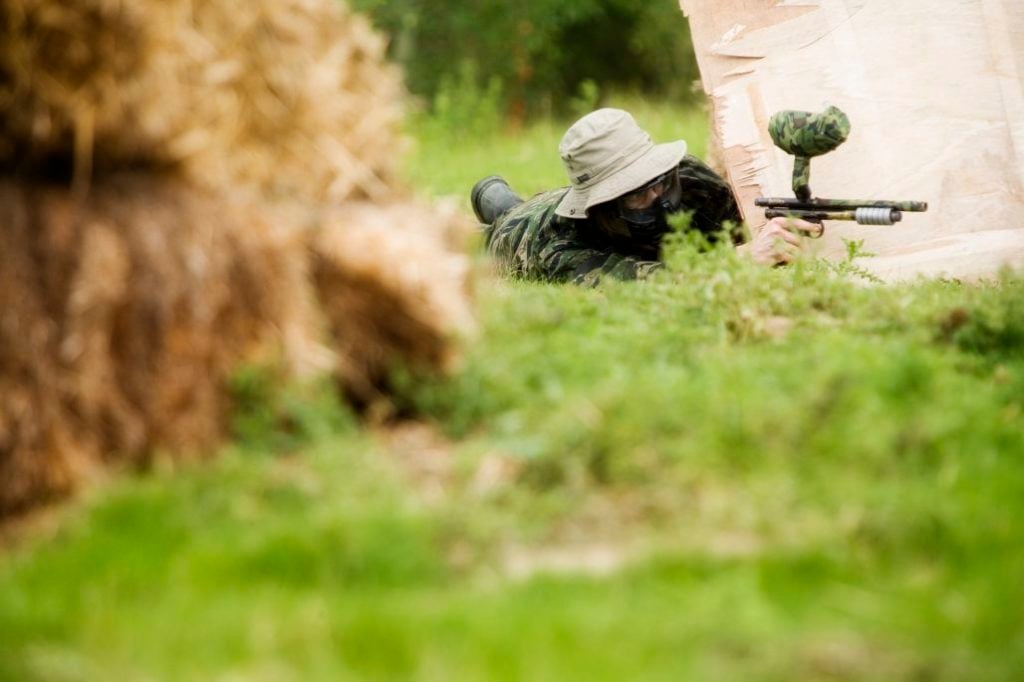 Feature-wise, the Planet Eclipse Emek is packed with all the things you need in an entry-level marker. It has its own tech that ensures that gas is used efficiently. The Gamma Core technology is a top feature which not a lot of markers have. In other words, if it’s the efficiency you’re going for, you won’t regret buying the Emek.

When it comes to price, there are definitely some markers that are a lot cheaper than $300. There are some that retail for less than $250 but this is not a guarantee that their parts and mechanism are high-performing. You’ll be surprised at how a lot of affordable markers don’t have what it takes to survive a few years of use.

Speaking of longevity, the Emek is not just for beginners. Planet Eclipse’s markers last for years especially when well taken care of. Most entry-level markers are just that – entry-level. Some break, some are not suited for intermediate players, and some aren’t equipped to be customized. With the Emek, you can still use it even when you’re in for more professional games.

Some would compare the Emek with the Tippmann Cronus simply because they almost have the same features. However, in terms of efficiency and accuracy, the former is a lot better than the latter. The Emek is even considered an “upgrade” from the Cronus. 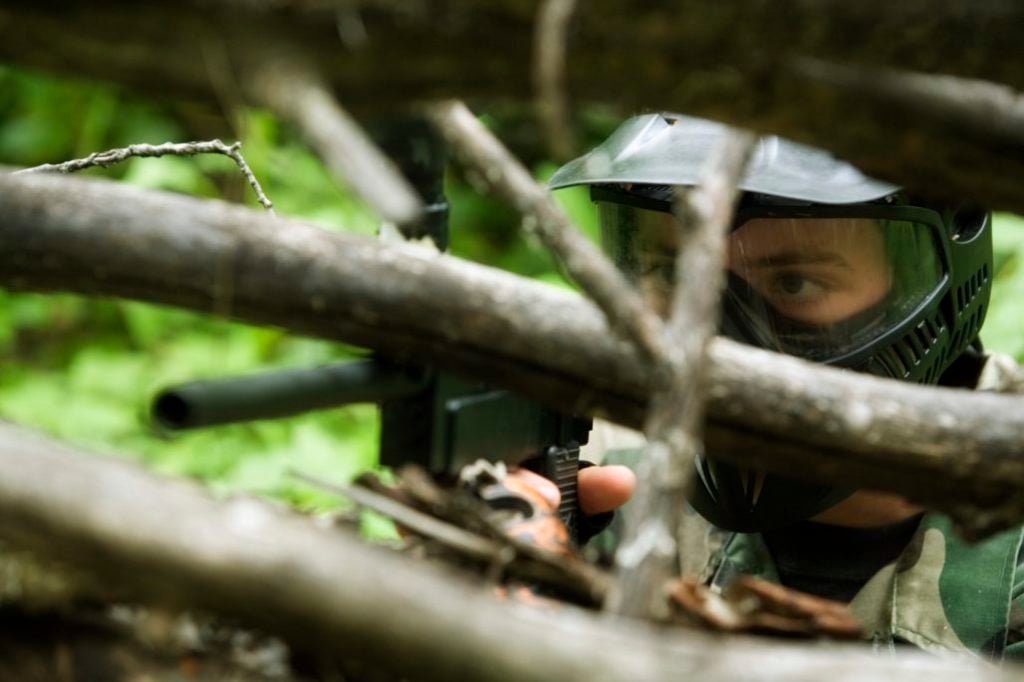 In the end, the Emek is more than just a newbie’s gun. It has the features of some of Planet Eclipse’s mid-range markers so you’re not missing out on the fun here. Even when you’re already an intermediate player, you won’t find the Emek lacking in anything except for a few modifications that you can easily do.

Overall, the Planet Eclipse Emek is a great gun to invest in. You’ll have lots of fun using and it and the best part is that you’re not subjected to hours of maintaining it. If you modify it in the future, it will only improve on the already superb performance of this marker.