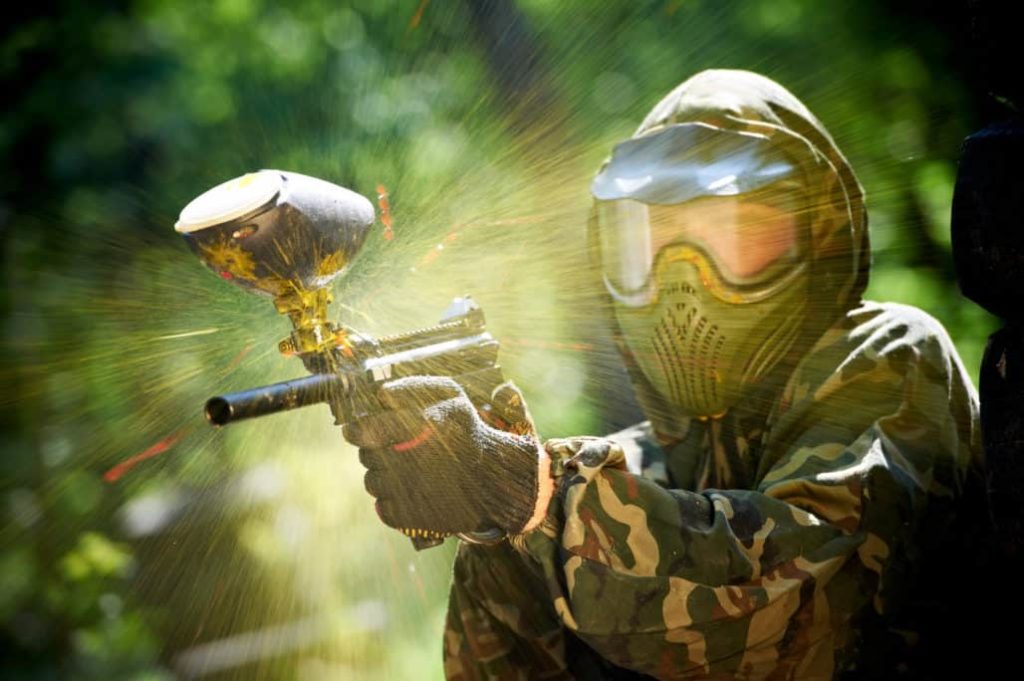 The Spyder Fenix is one of the most affordable beginner-to-intermediate markers that you’ll find in the market. It’s known to be a durable and versatile marker that can last for many years. What’s amazing is that all the amazing features are packed in a marker that’s barely $300! If you’re looking for an affordable marker, you’ll definitely want to know more about the Spyder Fenix.

Kingman is the manufacturer of the Spyder Fenix as well as other Spyder versions of the marker. The Spyder Fenix is an improvement over the Spyder Pilot and Spyder Electra. While the Kingman company no longer exists today, its markers live on with a new company, GI Sports.

Kingman joined the paintball marker business way back in 1992. It’s known for making high-quality markers that are affordable and durable. This is why a lot of beginners have Kingman-made markers. Until today, Kingman is still popular among veteran players because its markers have withstood the test of time. In other words, the markers can still compete in today’s paintball games.

However, the downside with the buying of Kingman by another company is that the Spyder models has ceased production. The Spyder Fenix did not get any improvements. The same goes for the other Kingman markers. Nonetheless, Kingman’s legacy lives on because their markers are still working today.

A Quick View of the Spyder Fenix

Features of the Spyder Fenix 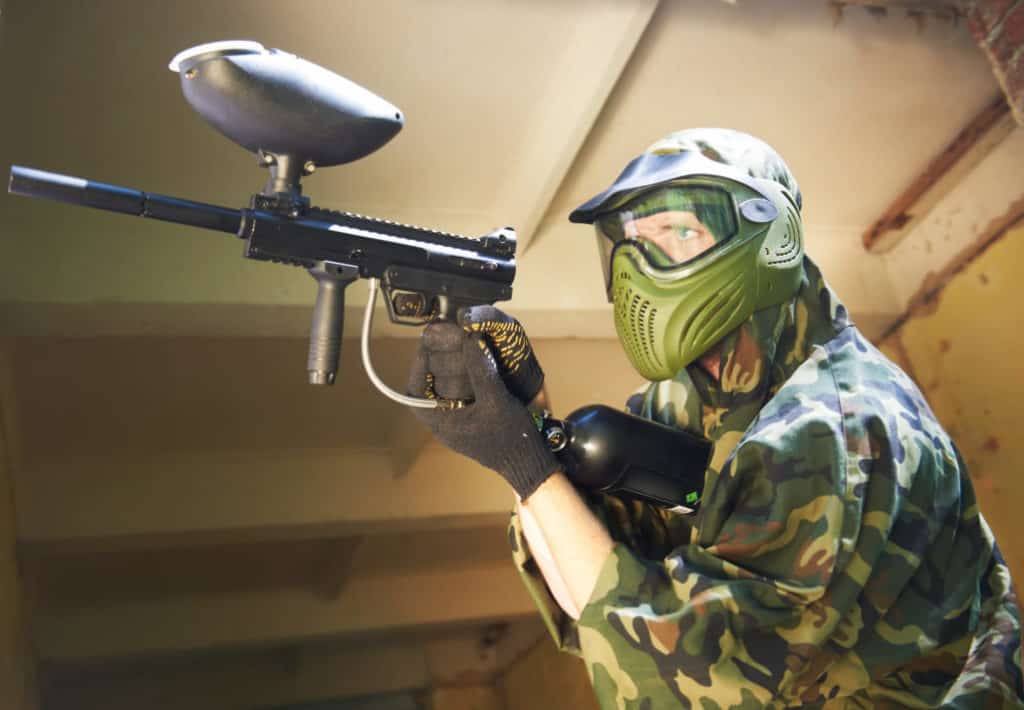 The Spyder Fenix may be old but it has a lot to be proud of. Here are some of the features that you will love and find useful when you play your games.

If there is one feature that the Spyder Fenix is famous for, it’s the EKO Valve System. Currently being patented, the EKO Valve System is the technology that makes sure air is used efficiently and consistently across 1600 shots. Yes, with just one can of 20-oz CO2, you can already shoot 1,600 shots without any paintball breaking or falling apart once it’s fired.

For this to happen, the EKO Valve technology uses synergy engineering wherein there is another low-pressure air source system that can complement the main source of the air which is the tank. Compared to other markers, the Spyder Fenix definitely wins in terms of the maximum number of paintballs fired in one tank.

If you’ve ever held a Spyder Fenix in your hands, you know that it’s very lightweight. It’s just 1 pound to be exact. The lightness of the marker is very impressive considering that it is made from hard aluminum and the whole design includes a thick handle and a sturdy rear.

As a whole, the design of this marker is compact and easy on the eyes. Because it doesn’t come with a lot of accessories (you’ll barely need them for this marker anyway), beginners can start using it without having to adjust a lot of things or add so many accessories. In other words, the compact and minimalist design of the Spyder Fenix makes it the perfect marker for beginners.

When you compare the Spyder Fenix to its predecessors – the Electra and the Pilot – you will notice that it is 25% lighter and 15% shorter. The Spyder Fenix definitely has improved a lot from its older Spyder models

The Spyder Fenix has an electronic trigger frame that allows you to switch between different firing modes. This paintball gun has three firing modes, namely, single shots, double shots, and rapid-fire. The rapid-fire setting is best if you want to have continuous shots at your opponents.

Fortunately, the trigger area is spacious enough to allow you to use up to two fingers. Though the trigger itself is not as smooth, it becomes easier to press when you use a two-finger technique on the trigger.

What’s great about these firing modes is that regardless of the firing mode you choose, the accuracy and the consistency of the shots remain almost the same. This is mainly because of the EKO Valve System that uses compressed air efficiently.

Did you know that the Spyder Fenix is an electronic marker? For some people, this can be a red flag since it doesn’t have a switch to a manual operation. However, Kingman assures its users that the Spyder Fenix’s batteries can last for a game. Although, this doesn’t prevent you from bringing extra batteries.

The Spyder Fenix uses 9V premium alkaline batteries. These aren’t included in the package but they are readily available in stores. This marker is also compatible with the 9.6V rechargeable batteries; both batteries are fast-charging.

The main reason why the Spyder Fenix is lightweight is because of its material. Made from hard aluminum, the whole marker is both light and durable. Even when you play with it during harsh weather conditions, it won’t bulge and break.

The difference between the Spyder Fenix from other lightweight models is that this particular marker uses hard aluminum – not just any aluminum. Hence, the material itself lasts long and doesn’t become brittle after a few years. Moreover, the build is sturdy enough that you can add a few more accessories without it affecting the balance of the marker.

Pros and Cons of the Spyder Fenix 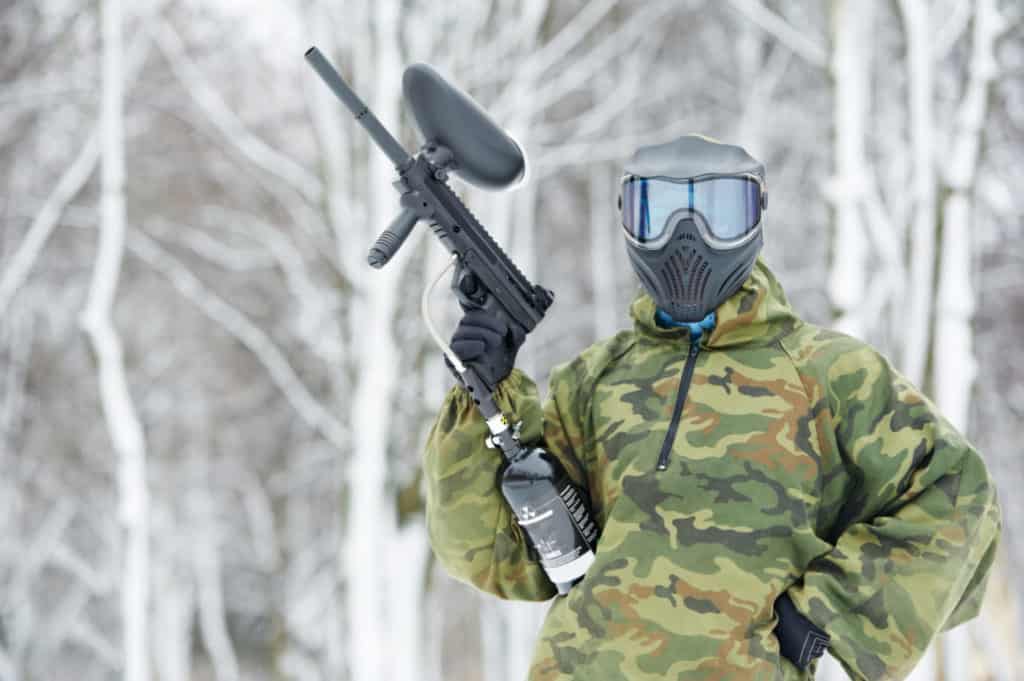 The Spyder Fenix is not perfect. Well, most markers aren’t anyway. However, that doesn’t mean that it’s a bad choice. Get to know the pros and cons of the Spyder Fenix.

When you’re out in the field, the last thing you want to experience is to become so tired of carrying your marker around. With the Spyder Fenix, you won’t have this problem. Since it only weighs one pound, you’re hardly going to feel sore after carrying and shooting for more than an hour. Another advantage that the Spyder Fenix’s lightweight body gives is that you can easily manage your marker without struggling to point it at your target.

You may not know it but the design is such an underrated factor to consider when choosing a marker. A compact design such as the Spyder Fenix will help you hide more easily and maneuver your marker to make an accurate shot. Remember, shots are not solely dependent on the utilization of the compressed air. With the Spyder Fenix’s compact design, there will be fewer accessories you’ll need, therefore reducing other distractions and added weight that can affect your game.

The Spyder Fenix has a very comfortable grip right on its handle. Whether you have small or large hands, the rubber grip makes sure that you are at ease with your marker. This way, you are able to shoot better.

By now, you already know how important efficiency is when it comes to paintball markers. With the Spyder Fenix’s efficient use of a 20-ounce CO2 tank, you don’t have to worry about losing any power or momentum when you are firing a set of paintballs. At most, you can fire around 1600 shots with just one tank.

Even if the Spyder Fenix depends on batteries for it to work, it made sure that the batteries are fast-charging. It uses a fast-charge adjustable inline regulator that allows for a fast charge even when the batteries are drained. You can also use a non-rechargeable battery but the rechargeable ones are recommended so that you don’t have to worry about losing battery mid-game.

Not a lot of people have the patience nor the time to maintain markers. Over time, it can also be annoying if your marker is high maintenance. The Spyder Fenix takes pride in being a very low-maintenance marker. You don’t need to do a lot of cleaning, tweaking, and preparing before and after your game. At most, it only takes a few minutes to assemble or clean. Hence, this is perfect for beginners or those who just don’t want to maintain a marker.

Probably the best advantage you’ll get out of the Spyder Fenix is its price. It’s one of the most affordable markers in the market and even if it’s what people might call cheap, it doesn’t feel like it is. It’s affordable, sure, but it made sure that the quality and performance was not compromised. As far as affordability goes, the Spyder Fenix has nailed the balance between performance and cost-efficiency.

Ever since the Kingman company was passed on to two new owners, the improvements on the Spyder Fenix also ceased. There hasn’t been any new improvement since 2012. Although the current model can still compete with new models today, not everyone is convinced that the Spyder Fenix can continue to be consistent and accurate compared to others with better technology.

The problem with the Spyder Fenix is that there aren’t a lot of brands that are compatible with it. For example, if you want to change the barrel, you have to find another one that is spider-threaded. If it isn’t, then it won’t fit perfectly on the Spyder Fenix. There are also some struggles when it comes to the clamp and the hopper.

Trigger feel is very important when it comes to paintball markers. You want to have a trigger that is very responsive, but not too soft that it can easily be pressed with a light touch. However, the Spyder Fenix doesn’t have that kind of trigger because it can be too hard to press at times. It still lacks that seamless trigger response that will make it easier for you to continuously press it.

How Does the Spyder Fenix Compare with Other Paintball Markers? 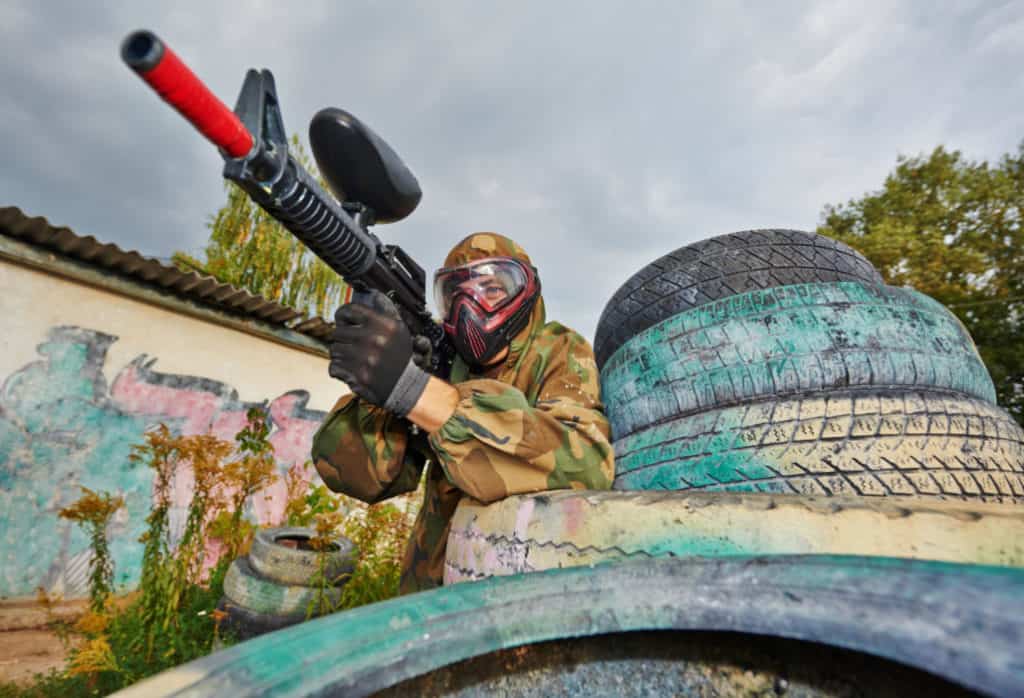 The Spyder Fenix may be an older marker but it can still compete with the newer and more expensive markers of today. Its ability to shoot around 25 paintballs in a second is still unrivaled. This alone will tell you that the Spyder Fenix was made to stand the test of time.

There’s no doubt that the Spyder Fenix is one of the most efficient paintball markers. Its efficient use of CO2 is what makes it a great marker even when you’re already an intermediate player. In fact, even seasoned paintball players have a lot of respect for the Spyder Fenix because of its efficiency, consistency, and durability. And don’t forget, you get these traits for only less than $300. You won’t find that good of a bargain anywhere!

When it comes to customizability, however, the Spyder Fenix falls short. Unfortunately, this marker can be “picky” as to the kinds of accessories and brands that can be added to it. To add to that, most of its parts are already fixed to the foundations of the marker, so it is also difficult to add many accessories to it. 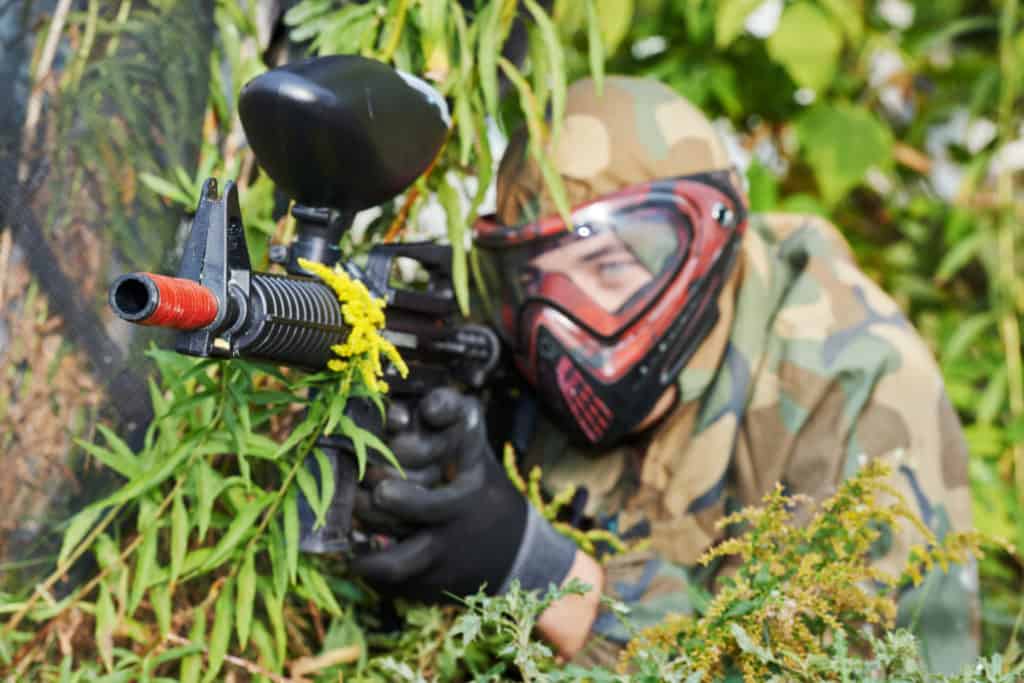 If you can still find a brand-new model of the Spyder Fenix, then it’s still something to consider. This marker has been tried and tested by veterans and intermediate players alike. Even if the last improvement to it was made back in 2012, all of its features remain high-performing until today.