Spyder MR100 Review – Is This A Classic Marker? 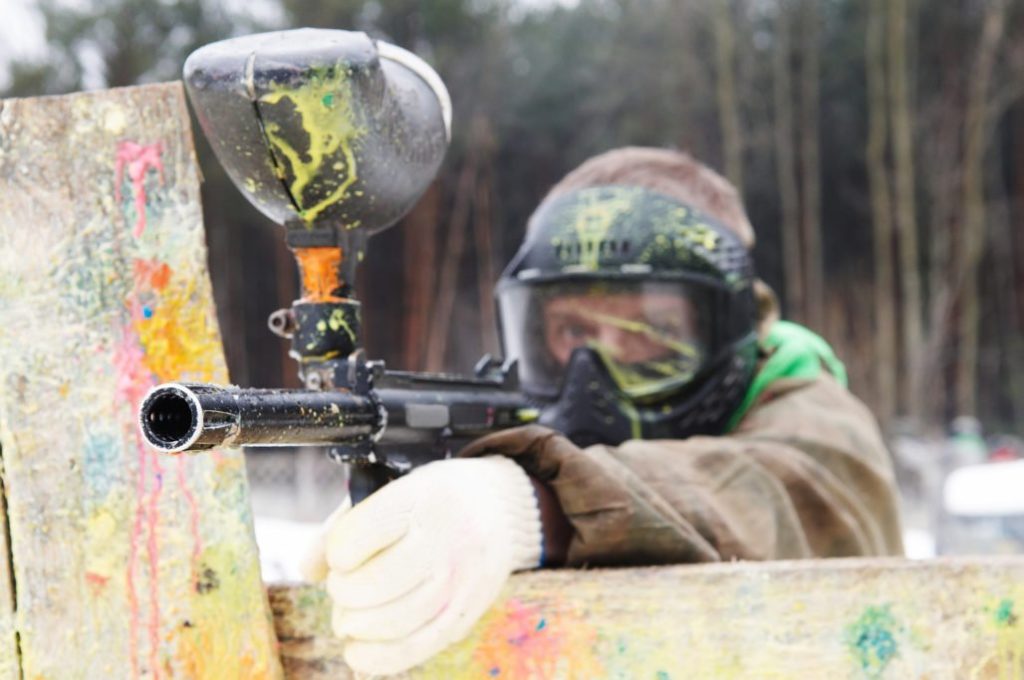 Is it possible to have a beginner-friendly paintball gun that can also last until you become an intermediate player? While there’s a lot of markers that are only good for an entry-level player, the Spyder MR100 isn’t. It’s perfect for any player level and it can definitely last more than a few years.

The Spyder MR100 is an entry-level paintball gun, but it has all the functions you would find in a professional marker. No wonder people love this. It has a military-style design that is both compact and durable. And the best part is that this package comes with an affordable price tag. Want to know more about the Spyder MR100? Read on for the full review.

The Kingman Group has long been a manufacturer of high-performing markers. They’re known in the paintball industry for being one of the most reliable paintball gun makers because of their commitment to efficiency, design, and ease of use. You’ll barely find a Kingman gun that is complicated.

If there is one product line that the Kingman Group is known for, it’s the Spyder series from which the MR100 is from. The Spyder series consists of electronic markers that are designed with a military-style. They were designed as such so that they can cater to a wide range of players – from beginners to pro paintball players.

Not only that – the Spyder series was meant to be both affordable and durable. It’s affordable because there were fewer parts used that enabled maximum efficiency and it’s durable because it uses hard aluminum. At first, it seems too good to be true to have a manufacturer that makes affordable paintball guns, but the Kingman Group has definitely delivered a lot of high-quality markers.

A Quick View of the Spyder MR100

The Spyder MR100 is a semi-automatic paintball gun that uses a 20-oz can of air efficiently. This is its main selling point which has definitely captured the whole paintball market. With just a 20-oz can of air, you can shoot approximately 1,500 shots. All of these will be shot with a lot of consistency, too.

Not only is it efficient, but it’s also durable. The Spyder MR100 is made to be your best marker from the time you start playing paintball to when you become a professional paintball player. Of course, not everyone wishes to be that, but the point is the Spyder MR100 can last a long time. It also has enough rails to allow you to customize your paintball gun.

In short, the Spyder MR100 is an impressive entry-level marker. As a beginner, you won’t regret having this gun as your first choice during your first paintball game.

Features of the Spyder MR100 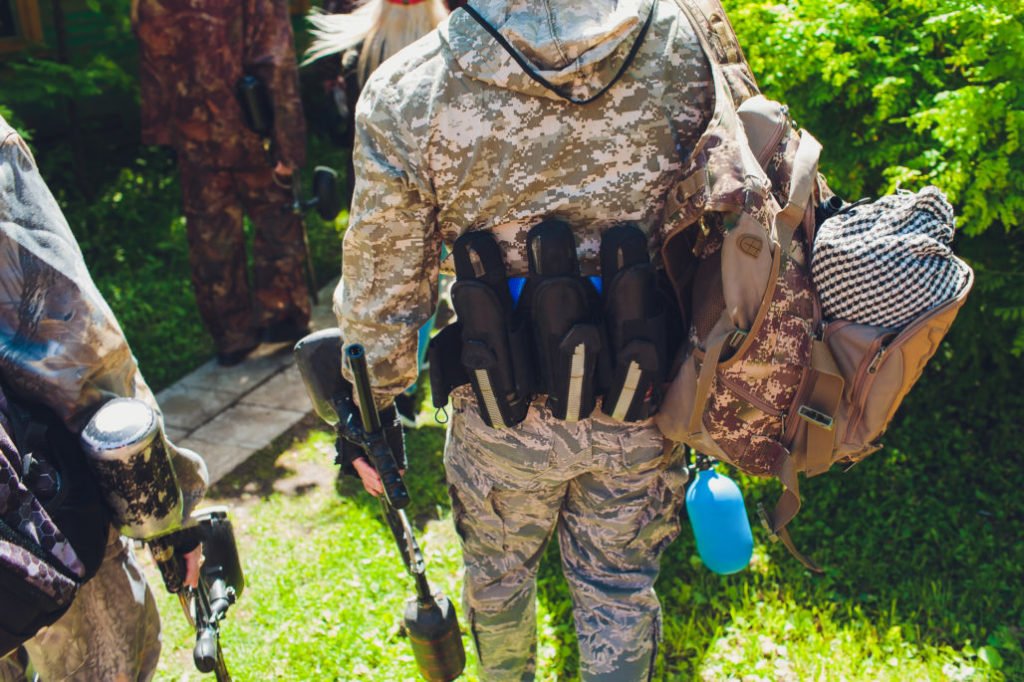 What makes the Spyder MR100 so great? Here are all the features that make it one of the most impressive paintball guns out there.

What makes a military-style design better? As a beginner, you want a marker that doesn’t scream “beginner”. You also want to have a timeless design because new markers can be expensive and it’s a lot more economical to have one marker for all seasons.

With the Spyder MR100’s military-style design, it won’t look like you just started playing paintball. It looks serious and compact so there’s enough room for you to add accessories in the future. The design also makes it easy to bring around because it’s not bulky.

If there’s one feature that everyone loves about the Spyder MR100 it’s the EKO valve mechanism. This feature is responsible for being able to shoot at least 1,500 paintballs with almost the same consistency. How does this work?

The EKO valve mechanism efficiently uses the air in a 20-oz tank. This way, the 1,500 paintballs are given almost the same pressure. In turn, they have consistent speed and velocity. This mechanism also reduces problems with paintballs breaking inside the barrel.

To even make things easier for you, Kingman has increased the trigger space. This gives you enough room for your fingers to relax in. Plus, it’s perfect for those with larger fingers and hands.

The Spyder MR100’s single-bolt system makes it easy to maintain. When you have to maintain your gun (which is also rare), you can simply remove the screw which opens the marker in half. There’s no need to waste so much time trying to figure out how to open the marker up.

Did you know that the Spyder MR100 has a velocity adjuster? A velocity adjuster is a simple screw at the side of the gun. It adjusts the air that pushes the ball out. This allows the player to play with the right velocity until they are satisfied with the speed of their paintballs. You can adjust how fast and strong the paintballs are shot.

Pros and Cons of the Spyder MR100 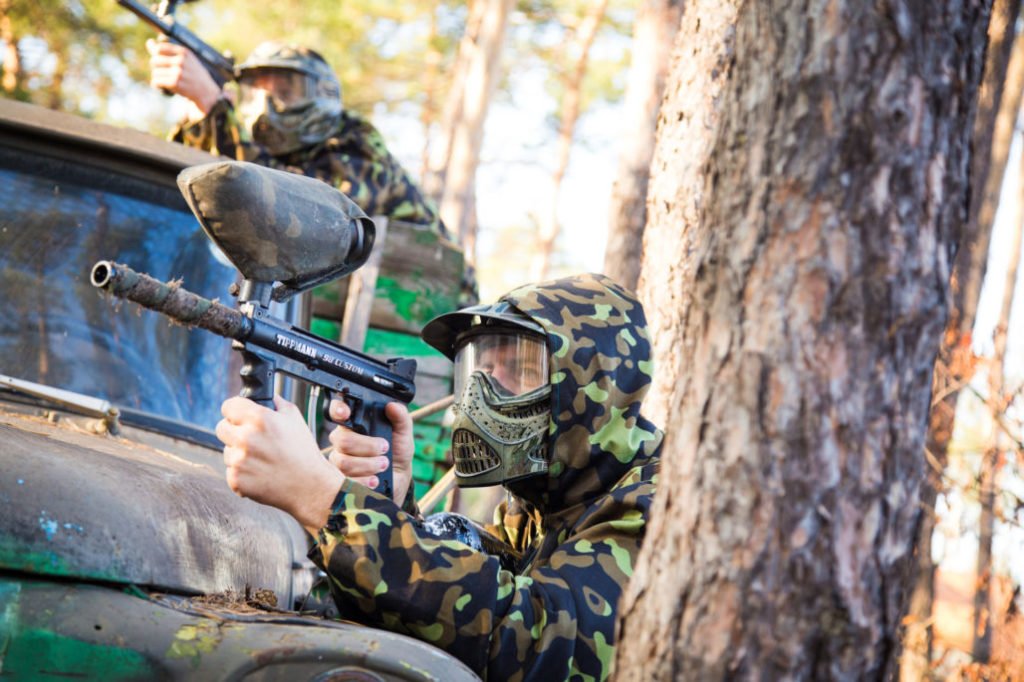 The Spyder MR100 has a lot of great features for an entry-level marker but are they enough to impress intermediate players? Whatever your level in paintball is, this pros and cons list will help you determine if the Spyder MR100 is best for you.

Thanks to the hard aluminum material of the paintball gun, this marker is so easy to carry around. It’s light and compact so you won’t have a hard time carrying it for hours in a game. Even teenagers will find this easy to carry. Apart from that, what contributed to the lightness of the Spyder MR100 is the design itself. Despite being a military-style gun that has arguably more design parts, it doesn’t look bulky at all.

Again, you have to thank the aluminum material for this. With this material, you don’t have to hesitate if your gun can make it through a rainy paintball game. The whole build is strong enough to withstand harsh weather, though it’s best not to attempt to use it when the weather is bad since the wind can affect your game anyway. Nonetheless, you can trust the Spyder MR100 to last for several years even when you use it regularly.

Who doesn’t love a paintball gun that needs little maintenance? You have to admit – low-maintenance markers are perfect especially when you don’t want to waste time cleaning and cracking the marker open so that you can oil the other parts. With the Spyder MR100, you won’t have this problem. Maintenance just takes a few minutes!

The Spyder MR100 consists of high-quality Picatinny rails that allow for a lot of customization. These rails make it easy for you to change some parts or add accessories that will make the MR100 the perfect paintball gun for you. As a beginner, you might not need this feature, but over time it’s going to be advantageous to have built-in rails that are ready for any accessory you want to add.

Accuracy and consistency are two of the important traits of every paintball marker. You can’t have one without the other. With the Spyder MR100, you have both thanks to the efficient use of compressed air. This makes a big difference because your shots will have almost the same velocity so the chances of landing a shot on your target are higher.

The best advantage of the Spyder MR100? It’s affordable! You don’t have to use up a big part of your savings just to get a great paintball gun. The Spyder MR100 is affordable and you can use this for several years. Plus, you no longer have to change your marker when you become an intermediate player because this gun can suit even seasoned paintball players.

Of course, the Spyder MR100 is very easy to maintain. It’s not a hassle to do especially if you have no idea what you should be doing. Some people consider the Spyder MR100 to be so simple that even beginners who aren’t familiar with the parts of the marker will be able to figure it out with just the help of the manual.

Unfortunately, the Spyder MR100’s accessories aren’t as perfect as the marker itself. The free accessories that come in the package are not as high-quality as the marker. If you plan on using those accessories, you’ll realize that they can be a disappointment when you compare them to the actual paintball gun. In the end, you will just buy new accessories which are additional costs.

While this is not a common occurrence, there are still cases when some units of the Spyder MR100 break even when they’re new. Not only is this an inconvenience but it’s also a huge disappointment. For a well-known high-quality marker manufacturer, there shouldn’t be units of Kingman guns that break even before they are used.

Stock barrels are hardly the best feature of any paintball gun; however, the Spyder MR100 doesn’t prove that its barrel can be different. The 12-inch barrel can be a little short for beginners since they’re just mastering how to accurately shoot paintballs. It would be better if the barrel were longer for two more inches.

For new players, a strong kickback can be uncomfortable. A kickback can make your arm feel weak after a long time in the paintball field. Don’t worry, you’ll be used to it over time. However, a weaker kickback can be a great improvement for the Spyder MR100. You just have to practice with your gun regularly.

How Does the Spyder MR100 Compare with Other Paintball Markers? 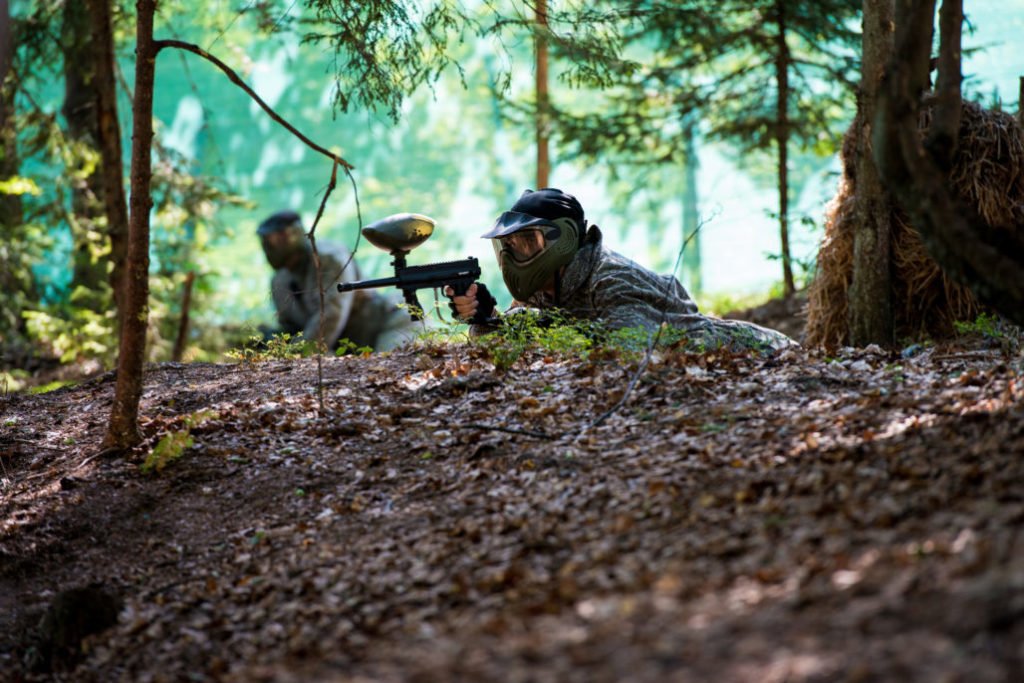 There are two markers that you can compare with the Spyder MR100, namely, the Spyder MR1 and the Tippmann Cronus. These markers are said to be great entry-level paintball guns that are reliable and durable. They’re all lightweight and easy to maintain. But the question is, which marker performs best?

The MR1 is the most basic Spyder marker. It’s also the first marker produced in the Spyder series. For obvious reasons, this is not as advanced as the MR100 given that the technology on the latter was improved. The MR1 series, however, is not a military-style gun. Hence, it doesn’t look as fancy as the MR100. Most people would prefer the MR100 for both design and quality of paintball shots.

On the other hand, it’s a tie between the Tippmann Cronus and the Spyder MR100. These two markers are relatively the same in terms of performance and quality. When you pick between these two, it’s going to go down to preference and your bias towards the manufacturer. Tippmann is very good at creating a loyal customer base, so you can expect some Tippmann fans to choose the Cronus over the MR100.

The verdict for the Spyder MR100 is that it’s a great gun that can last for a lifetime. While lifetime is an exaggeration, the point is that the Spyder MR100 can be your one and only marker throughout your whole paintball career. This is perfect for price-sensitive players because that means they don’t have to buy new markers every time they improve in their game.

Moreover, the Spyder MR100 is durable and reliable. As a Kingman paintball gun, it’s meant to work well with little maintenance. Even beginners will find this very easy to use. Couple that with efficient use of compressed air, and you’re ready to start taking great shots at the field.