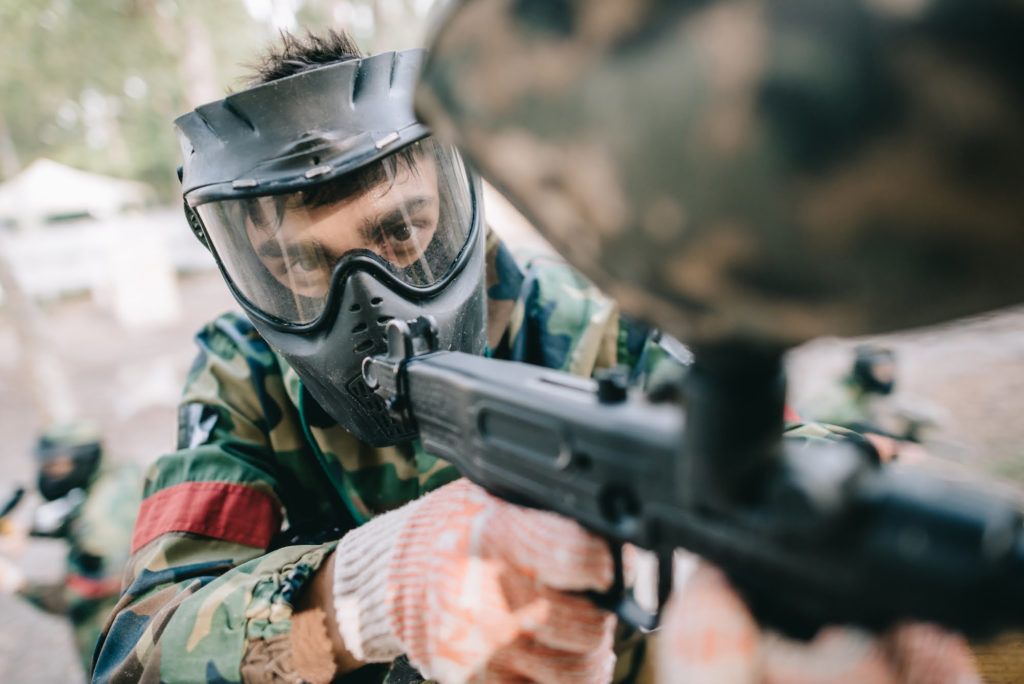 What’s all the rage about the Tippmann 98 Custom? If you tried your hand at paintball or if you’ve asked around about the best entry-level gun, then someone must have recommended the Tippmann 98 Custom. This marker is popular among beginner and intermediate players alike because of its high-performing features and anti-chop measures.

But is the Tippmann 98 Custom as amazing as what people say it is? What makes a great paintball gun anyway? To know more about this famous marker, read on for a full review of its features.

Tippmann is one of the most sought-after paintball brands in the industry. Almost everyone who played paintball wanted one Tippmann model. This isn’t mainly because it was affordable, though one can argue that their price is very attractive, Tippmann was known for creating high-quality and high-performing paintball guns.

Back in the 1980s, Tippmann wasn’t selling paintball guns yet. Rather, they were selling replicas of machine guns. It was only at the latter half of the ‘80s that Dennis Tippmann Senior decided that it was time to move to the paintball industry. This decision turned out to be a great move as the company discovered its skill in making affordable and efficient guns.

Fast forward to the 2020s, the world is still buying Tippmann guns. One of their more famous models, the Cronus, comes in two versions to fit any kind of paintball player. As expected, Tippmann continues to improve on their older models with the latest technology in consistency and accuracy.

A Quick View of the Tippmann 98 Custom

The Tippmann 98 Custom is a favorite among the Tippmann markers. It was first launched in 1998 and it has undergone several changes ever since. Nonetheless, the most basic version of this marker is still a reliable paintball gun for players who are just starting to love paintball.

So what’s the deal with the Tippmann 98 Custom? First, this marker is affordable. It’s priced reasonably that even beginners will be able to buy this marker without feeling guilty of making such a huge investment at the start of playing paintball. Second, the Tippmann 98 Custom is easily customizable. As the most basic version of the 98 Custom, you have enough room to tweak with the other parts and add some modifications to the design.

You might easily dismiss the Tippmann 98 Custom as an entry-level marker. Sure, it is marketed as such but even seasoned players are impressed with the performance of this gun. You won’t find a gun that is reasonably priced and yet not too shabby for tournaments.

Features of the Tippmann 98 Custom 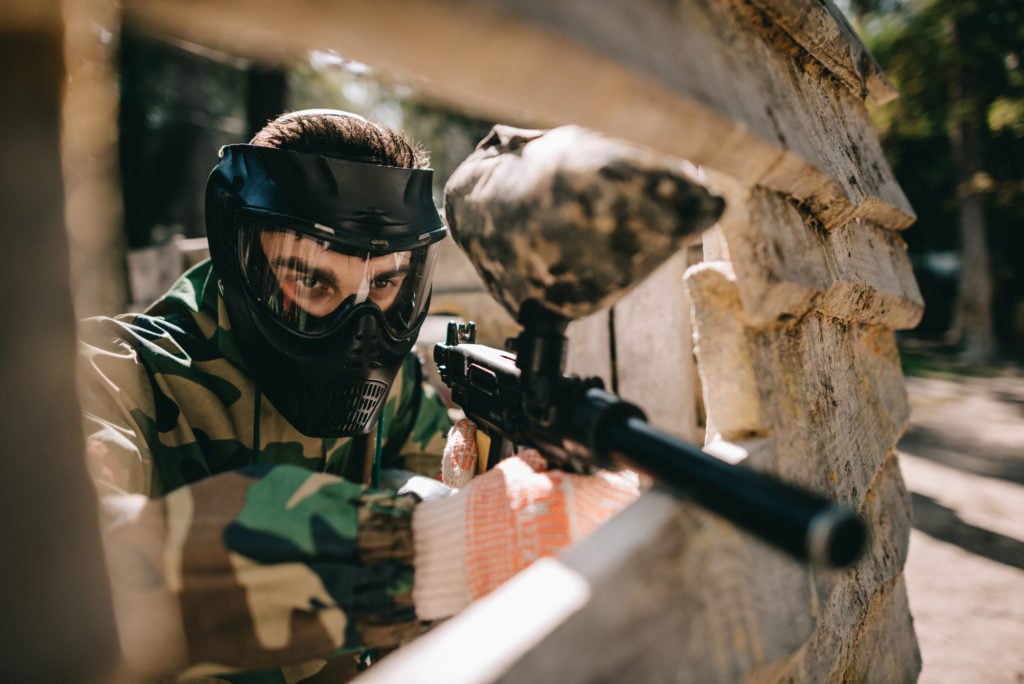 The Tippmann 98 Custom is designed with a hinged elbow which makes it easy to disassemble when you want to improve or maintain it. This complements the whole customizable feature of the 98 Custom. Even beginners will find it easy to gain access to the internal mechanics of this paintball gun.

The hinged elbow design also allows you to easily disassemble your marker within seconds. If there’s a problem with it during a game, this feature will make it simple to disassemble. The same can be said when you try to put the marker back to its original setup.

Tippmann is committed to reducing the number of paintballs that get chopped during a game. Chopping is when a paintball gets “split” in half even before it is fired. With the anti-chop system, you don’t have to worry about a paintball breaking because of the pressure. This feature has dramatically reduced the problems with paintballs. Of course, this isn’t an excuse to use low-quality paintballs.

The inline bolt system cuts down the use of CO2 and compressed air making your tank last long for a couple of games. To add to that, it reduces the chances of using too much pressure on the paintballs, causing them to chop. This innovation by Tippmann was made to ensure that their markers produce less waste both for paintballs and air.

In reality, the Tippmann 98 Custom was made to be customized. From barrel to trigger, you can change a lot of its parts to adjust to your playing style. Tippmann made this so that the 98 Custom can be used even by intermediate players. You can choose from Tippmann’s own line of accessories or from other brands’ products. Either way, there are so many things you can do to the Tippmann 98 Custom which makes it ideal for paintball players who love modifying their guns.

Pros and Cons of the Tippmann 98 Custom 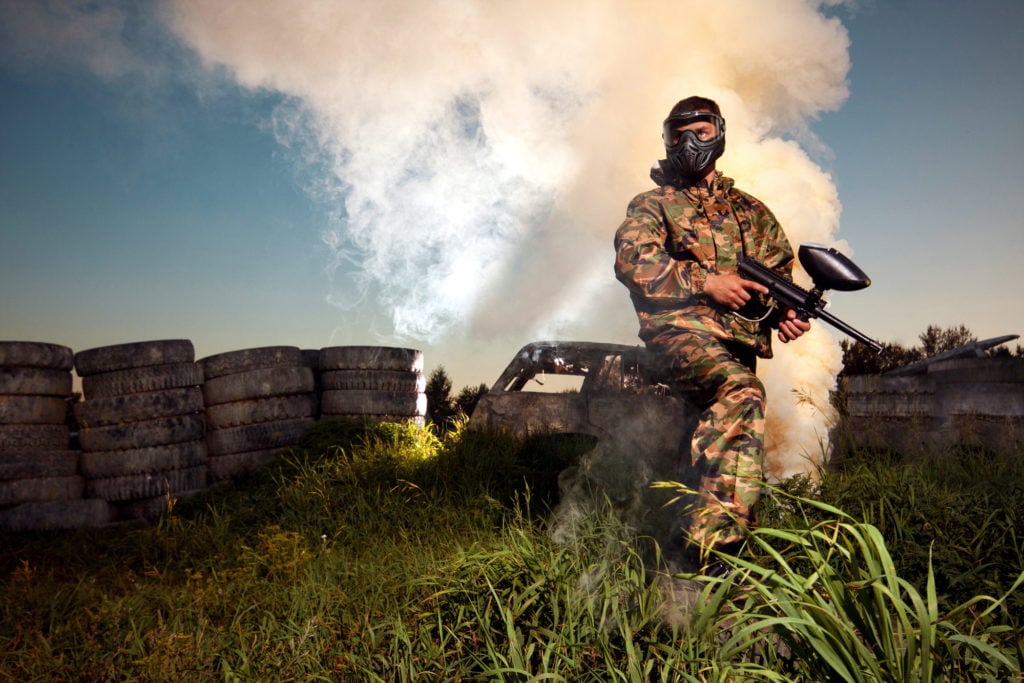 Is there anything that the Tippmann 98 Custom can’t do? Despite having a lot of high-tech features under its belt, this popular marker also has its faults. Here are some of the best and the worst parts of owning a Tippmann 98 Custom.

One of the best things about the Tippmann 98 Custom is its price. Price-sensitive paintball players (even those who are already used to playing paintball) will love the bargain they will get with this paintball gun. To make this deal even sweeter, the Tippmann 98 Custom often comes with discounted packages. These packages include a few accessories and cases that can help make your life as a paintball player a lot easier.

The body of the Tippmann 98 Custom is made of metal. Hence, it’s tough enough to survive hits and falls. Why do you think it’s always present in paintball arenas? The added weight of a full metal body is just a small compromise to the longevity of this paintball gun. With its strength, you can keep using it for more than three years.

There are two advantages to having the Tippmann 98 Custom – it’s low-maintenance and it’s easy to maintain. First, the marker itself doesn’t need a lot of maintenance. This is even an understatement because you can go on for a few years with just cleaning the marker once or twice. Most owners barely clean their Tippmann 98 Custom and they claim that the marker works just like brand new.

Second, it’s easy to maintain. Thanks to the hinged elbow design of the Tippmann 98 Custom, you can easily spit the marker into two. This gives you access to the internal components of the gun.

Speaking of customization, one of the good things about the Tippmann 98 Custom is that you can use it for a very long time. It’s more than being durable. What the Tippmann 98 Custom has done right is that it is a balance of an easily customizable marker that is made for long-term use. This means that when you advance to an intermediate player, you will still be able to use the Tippmann 98 Custom. That’s less money spent in the long run! Players who don’t want to buy a new marker will love this feature of the 98 Custom.

Another benefit you get with owning a Tippmann 98 Custom is that it’s so comfortable to hold. Thanks to the rubber grip that is formed to make it ergonomic, your hands won’t be slipping from your marker anytime soon. To add to that, the gun itself is beginner-friendly, so you’ll learn how to hold and handle it in no time.

To top it all off, the Tippmann 98 Custom comes with a 2-year warranty. All Tippmann markers have 2-year warranties. You won’t find this deal anywhere. Even known brands in the paintball industry don’t offer warranties this long. So whenever you notice a problem with your marker after a year of use, you can always get it checked or repaired with Tippmann.

Even if you’re a beginner, you will notice the recoil that comes after every shot. While recoil is expected even in paintball guns, there are a lot of markers that have little to no recoil that is felt. Unfortunately, the Tippmann 98 Custom isn’t one of those guns.

The drawback with recoil is unless you’re used to consistently shooting paintballs, your next shot will be affected. You can expect to shoot fewer paintballs, even less than the 8-shot benchmark. The silver lining here is that a noticeable recoil isn’t a make-or-break factor for most players.

Another disadvantage of the Tippmann 98 Custom is the sound it makes for every shot. You’ll notice this when you start playing paintball with this gun. The Tippmann 98 Custom is not a silent marker at all. It’s too loud for your to hide it, so it’s not the best marker if you’re planning to play a sniper or a role that requires you to stay silent while shooting.

How Does the Tippmann 98 Custom Compare with Other Paintball Markers? 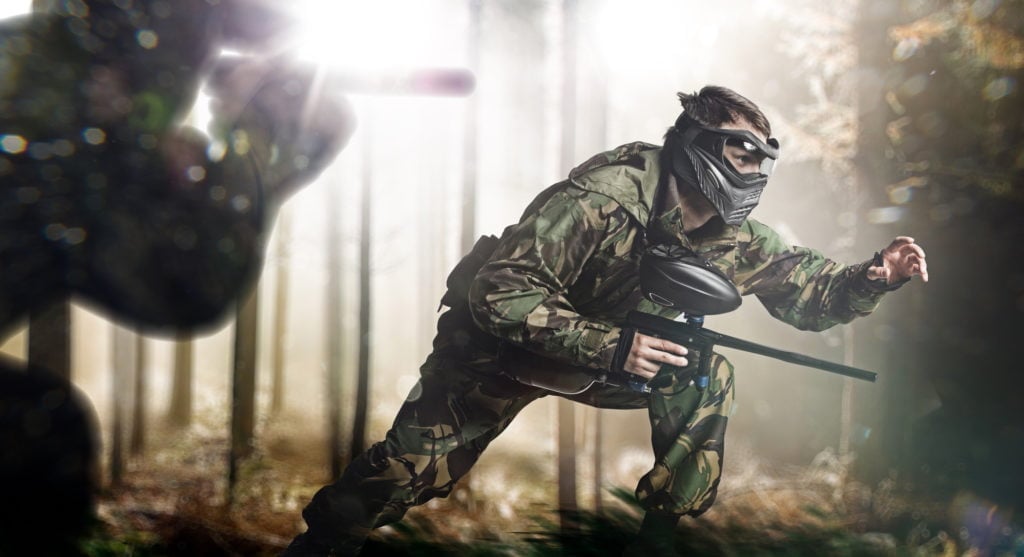 When you compare the Tippmann 98 Custom to the 98 Custom Platinum, the latter will always be better. It will have the technological advancement that wasn’t available back in 1998. However, this doesn’t mean that the Tippmann 98 Custom is no good. For some, having the original 98 Custom allows them the flexibility they prefer in modifying their marker. Since there are a lot of things to improve on, paintball enthusiasts take the opportunity to discover the best way to improve their marker. 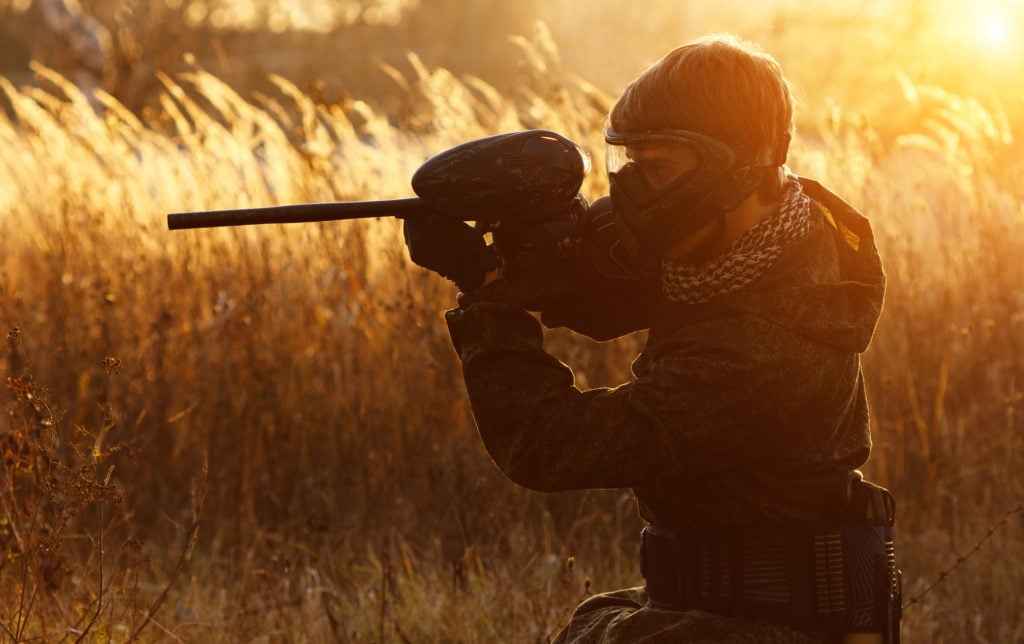 When all is said and done, the most important question is, is the Tippmann 98 Custom worth it? The answer is yes. It’s not popular for nothing. For an entry-level marker, it has all the features you would want to make it easy to play a game of paintball. It’s compact, light, and reliable. It’s even durable enough to withstand all the rolling and hitting you’ll get during your game as a first-timer. Nonetheless, you can always count on the Tippmann 98 Custom to be the best marker to start your love for paintball.