Wondering How You Can Get a Black Background in Your Photo’s? Check This Out!’ 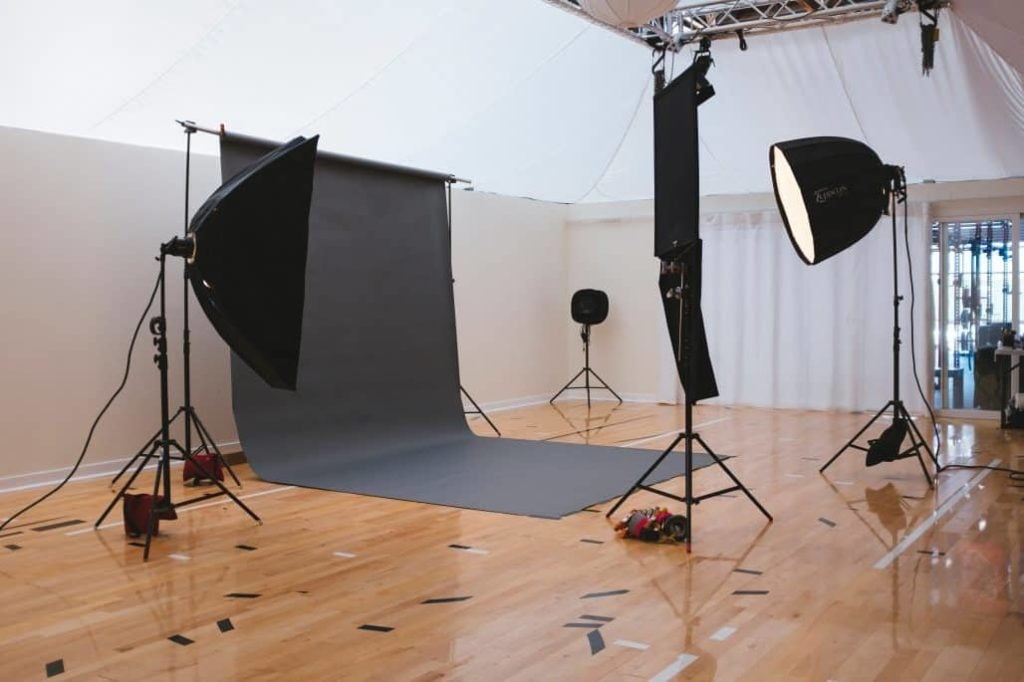 Black background photographs are usually more creatively and fantastically appealing and in consequence, admired by most people.

Using a black background in your photos is a powerful technique as you can precisely focus the attention of the viewer on a particular subject. Photographs with black backgrounds eliminate potential distraction from the subject.

When it comes to the creation of black background photographs, you can rely on the use of different techniques.  Below are some of these techniques:

What Affects a Black Background? 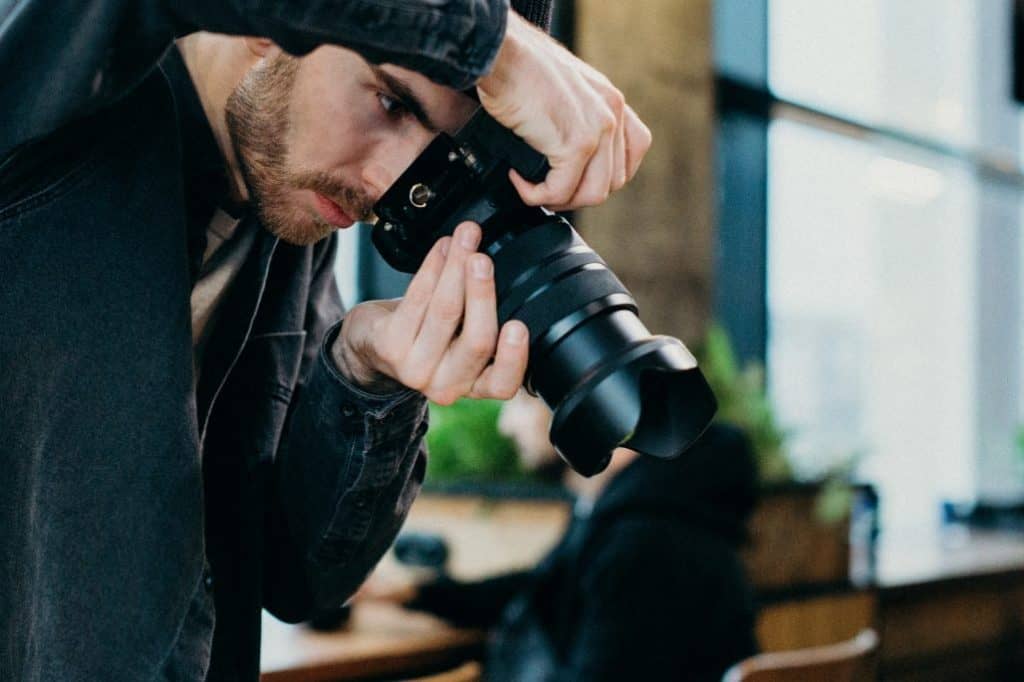 Some of the common factors that can determine the darkness level of your background are:

If your subject is exposed to more light, it makes it possible for getting a very dark photo background. In situation, your background and your subject are both exposed to almost similar light quality, and quantity, post-processing of the photo becomes a necessity.

Setting Up Black Background For Your Photos 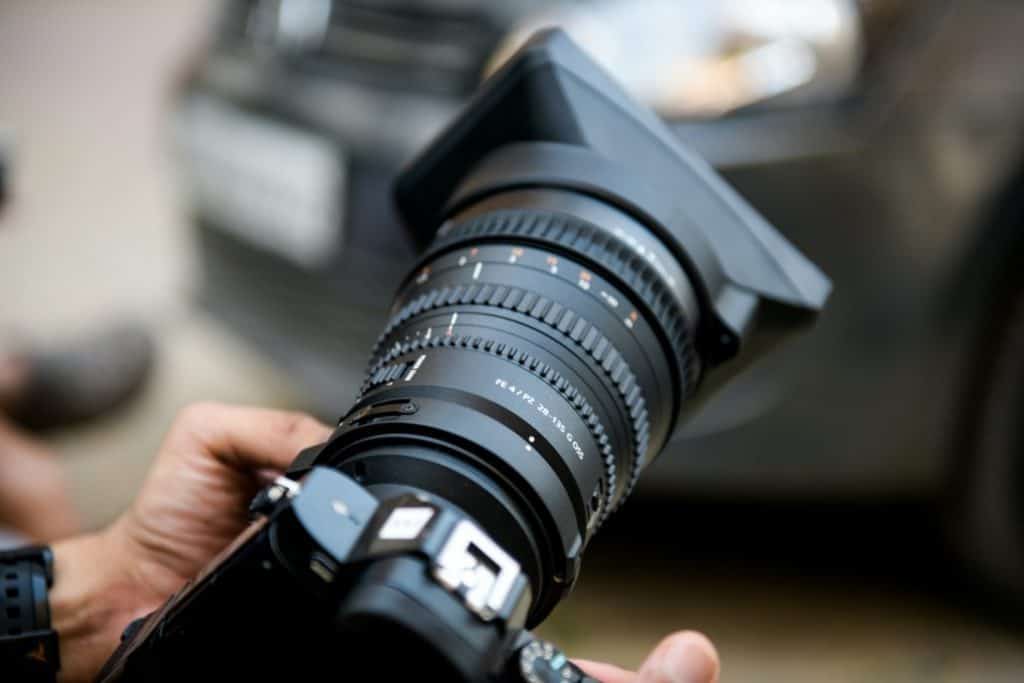 It is much more comfortable creating a black background for an image if you are responsible for the light setup. Proper setting up of lighting guarantees that during post-processing, there is only making of the slightest changes.

Apart from using a dark background and not using shiny surfaces because of their ability to reflect light, do not use fabric prone to wrinkling. Dark fabric, which is not heavy, is susceptible to wrinkling, causing light reflection.

Overseeing that there is a reasonable separation between your background and your object aids in your object amassing more light, which is perfect for your photos. 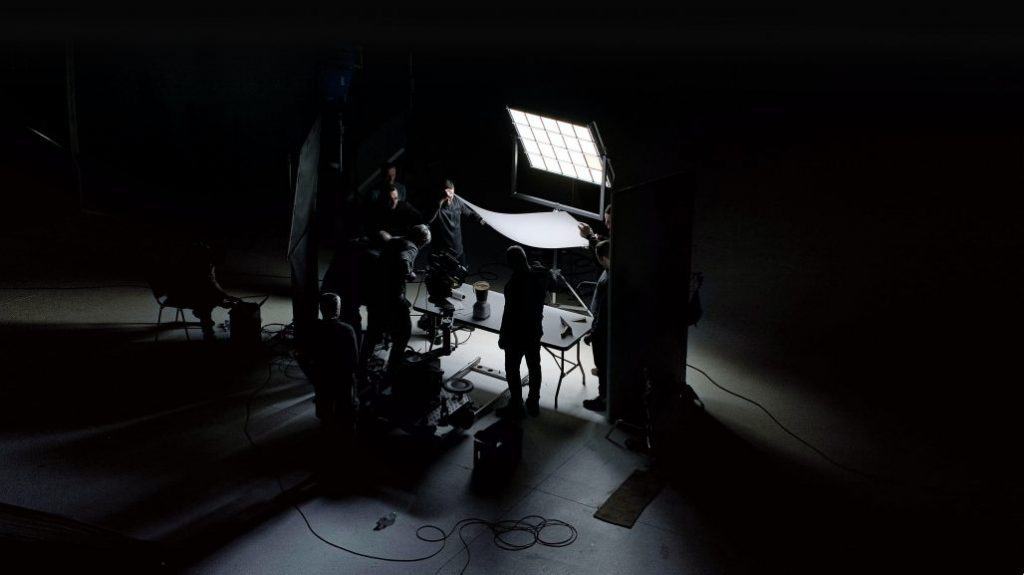 The essence of photography is light, determines the darkness, brightness, mood, tone, and atmosphere of your image. The quality and quality of light is fundamental in establishing how your photographs appear.

By way of example, if the light is soft, subdued, it means there will be the creation of low contrast photos.

On the other hand, if the light is intense, hard, it results in you capturing high contrast photographs. For this, you have to figure out the right light for your pictures.

Dynamic range refers to the measurement of the item an object, such as your camera or your eye, can see from the darkest (black) to the lightest (white) image tones. For cameras, the dynamic range differs from one to another.

Understand that the way cameras record and the way you see things is very different. Your eyes are capable of viewing/seeing a tonal range which is broader than a camera can capture and record.

When under high contrast lighting, a camera can only capture and record less detail, than the humans see. For instance, your camera may only manage to create an image having blocked up shadows and or stamped out highlights. Yet, for you, it is possible to see more details of a scene like a dog sitting in a darker shadow.

Setting your camera lights in automatic can only guarantee one thing that your photo results will be unsatisfactory. That is why, ideally, you have to be in control of the element of light and exposure.

When it comes to capturing portrait photography, the face of the subject must be well exposed.

Besides, be sure that the balance of light is appropriate, between your subject and the scenery background. That means you have to utilize the use of a very dark or black background.

You will see that separating light-haired or light-skinned objects from your dark background is very easy. Meanwhile, when it comes to subjects that are dark-skinned or have dark hair, then you will require more light. The addition of a little backlight can assist with avoiding darker objects from being eaten or concealed by a black background. 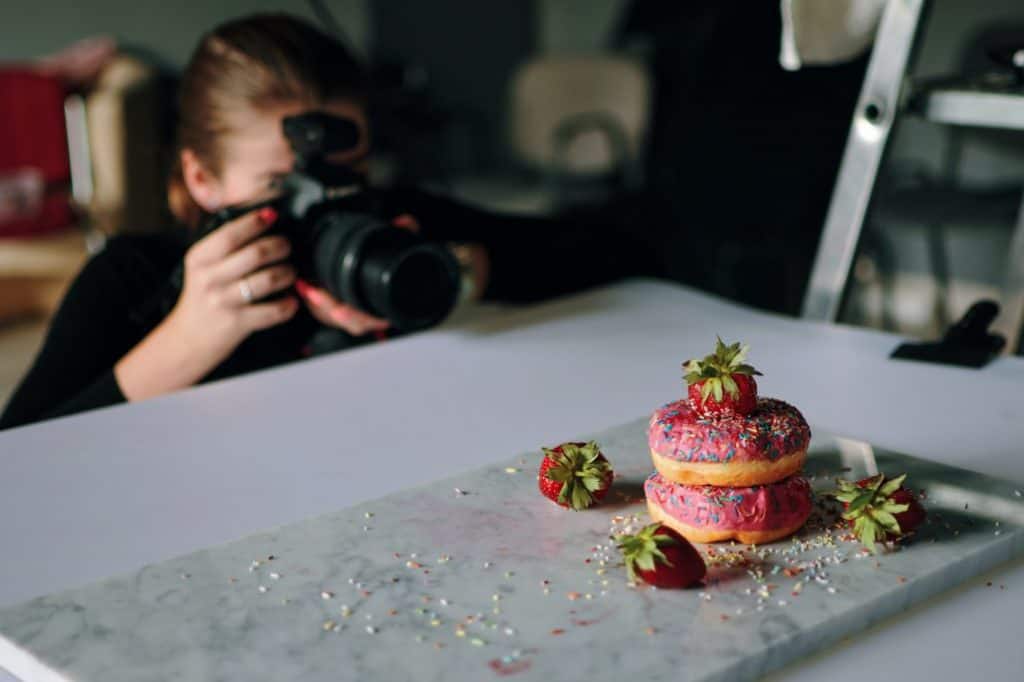 It is an open secret that most, if not all, photographers desire to own a properly working studio. One of the benefits of using a studio is that you can set a black fabric in the background and simply then take photos.

However, if you find yourself in a position not able to own or access a photography studio, still, you can create pictures with high-quality studio look. And that is made possible without having to use a visible black background.

Basically, the photography technique involves commanding or directing your camera only to capture the flash light you introduce and not any other light. You may introduce light, for instance, using a Speedlight flash.  When you inhibit the camera from picking up any natural light, the result is the formation of a prompt black background.

Worth adding here is that the invisible black backdrop photography technique can only be performed using certain cameras. The camera must be capable of triggering the camera flash off and allowing Manual Mode operation. Meaning, the pocket cameras (like Canon G range) and Single-lens reflex cameras can do the job perfectly.

For you to achieve the invisible black backdrop for your photos below are the general process that the technique involves.

Make sure that you have changed your camera setting to manual mode. If a camera is in manual mode, it means you are in control of the ISO, Aperture, Shutter Speed, etc. When in manual mode, you dictate to the camera what you want, rather than the camera having to make the decision and capture the image it thinks you want.

Another crucial point to note here is that if the ISO is higher, it means there is more introduction of grain or noise into your photos. That happens, especially in locations with shadows.

For our situation, because you are not concerned with the sensitivity of a camera to light, it is advised that the ISO number should be set as low as possible. If you use a Nikon D3 camera model, you may have seen that it is not that light-sensitive. The ISO of the camera can be kept as low as 100.

A camera that is not light sensitive is a common preference for executing the black background technique since there is minimal noise or grain interference, and thus the production of beautiful and clean output.

Your camera must be set to the maximum possible sync speed, which is the maximum speed in the working together between your flash and the camera. If the speed is any faster, it means the shutter of your camera is opening and closing pretty fast and hence, only a limited amount of flash light is allowed to fill the sensor of the camera.

While typical sync speeds are between 1/200th – 1/250th of a second, there are also incredibly faster-shut speeds such as 1/8000th second. While high sync speeds produce an utterly black scene, however, it becomes impossible for the flash light to reach the camera sensor. For that reason, choose to use the maximum sync speed to make the working together of your flashes and camera.

This is also another crucial setting of your camera, deserving your attention. Once you have done this technique a few times, you will accustom to the best ‘f’ number to choose. For now, you can start with a number like f/5.6 and proceed from there.

At this stage, you can take and see the results to see to it that only a black screen is shown.  When the natural is still finding its way into your photo, then set another aperture number going forward, like f/8. Increase the aperture progressively until there is minimal or no interference of ambient or natural light.

Once you have set your camera accordingly to produce an entirely black screen, finally, you have also to bring and position your flash. The modifier for your use depends on the photo results you desire to achieve.

Many find the 60″ reflective umbrella great for the job, as it can create adequate light and you can close it down as per how much and where you want the light directed. Again, here, knowing the flash light you need is vital, and as they like to say, experience is the best teacher.

You can take shots using flash power increments to achieve the best result. If you want lots of light, you increase, and if you want less light, you decrease flash power. The general rule is that Shutter Speed controls automatically natural or ambient light while for flash power, it is controlled by aperture.

Nonetheless, for this photography technique, since you are handling camera control manually, the only thing you need to control is power. You can either choose to adjust or control the flash power by yourself or use an assistant.

When it comes to triggering the flash, remember this technique involves using an ‘off-camera’ flash. Thus, you have to have a way of triggering your flash.

Since you are using the black background photo technique highlighted above in the indoor setting/environment, be aware of flash use. When the indoor environment has coloured walls, it may cause the bouncing off or spill of the flash light.

The result is the lighting up of your room, which thwarts your desire for the formation of a black background. Accordingly, you can try and correct the issue using a modifier like ‘close down’ reflective umbrella or Lastolite EzyBox.

The use of modifier assists in restricting the place your flash light falls.

What is more, never forget that when shooting indoors, you have to deal with making sure there is no addition of unnecessary elements like tables and wallpapers. 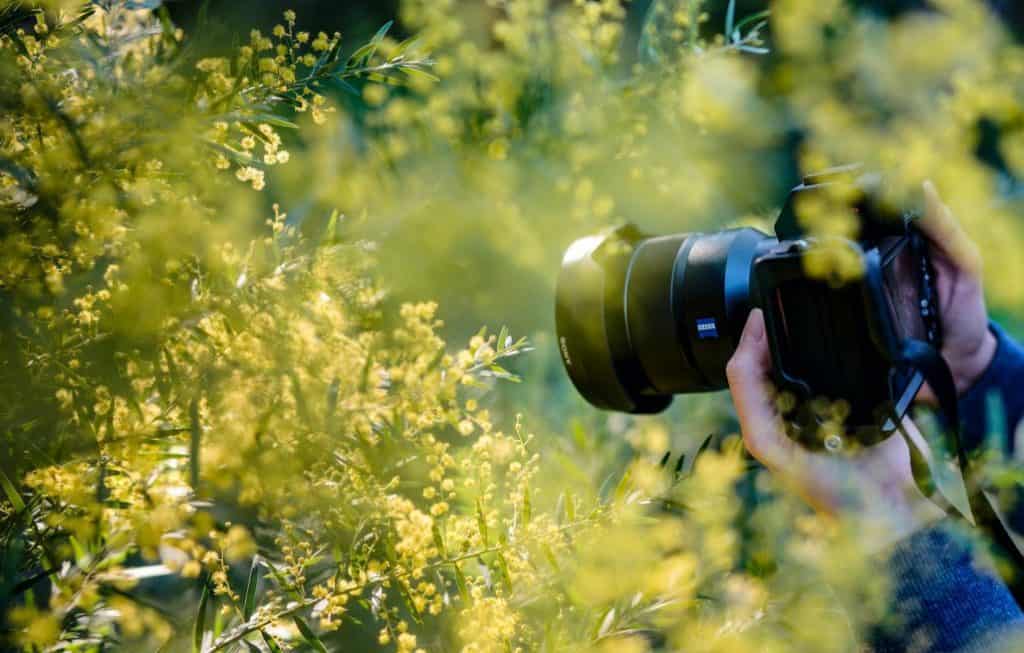 The technique discussed above, in the section of black background technique outdoor, can also be performed outdoor. Nonetheless, using the technique outdoor may pose a problem, particularly, if there is a lot of daylight brightness and you are using Nikon Speedlights.

Such a situation warrants setting the camera’s aperture (‘f’ number) so closed down, resulting in the speedlights not being adequately powerful for the sensor lighting. The good news though is that there is a solution to this problem.

The solution may involve waiting for the brightness of the sun to be conducive for executing the technique or finding and using a shady or covered location.

Obtaining a Black Background with Lightroom and Photoshop 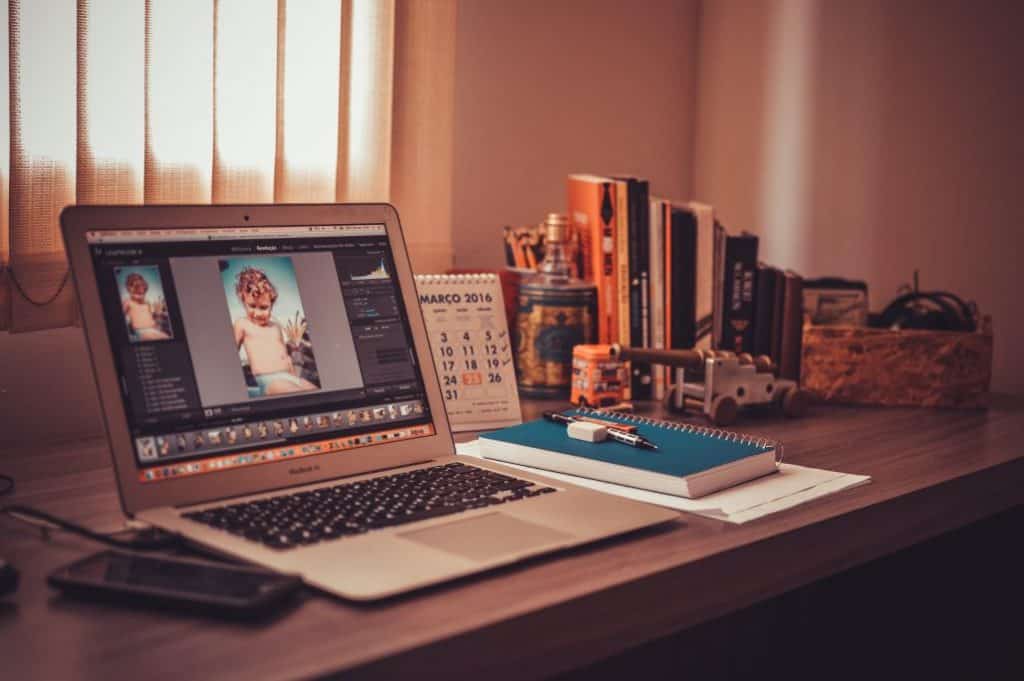 In some situations, there is no sizable difference between the light value exposed to your subject and the background. In such a case, there is a need for you to execute background manipulation to make the background of your pictures darker.

For background darkening of your photos during post-processing, you should remember one vital issue. That the levels of post-processing your photos have to undergo depends on the sensor of your camera. A camera sensor with a WDR (Wider Dynamic Range) produces photos requiring more editing.

To emphasize enough, lighting is the most vital component when it comes to photography. Even executing black background photography technique is no exception. Hence, see to it that your subject has more exposure to light than the background.