Are you often confused about the various stick-holding positions of lacrosse players? If you’re interested in this sport, then chances are you’ve watched a game or two in order to get some insight into the different techniques of players. One thing you’ll definitely notice is how the lacrosse stick is held – and how it changes position from time to time.

Why is that? Well, the way you hold the stick depends on how you intend to use it. There’s cradling, there’s catching, there’s passing, and then there’s shooting. How are you supposed to handle the stick each time? Here are the top 10 tips pro-lacrosse players would want you to know:

10 Tips for Holding a Lacrosse Stick Like a Pro 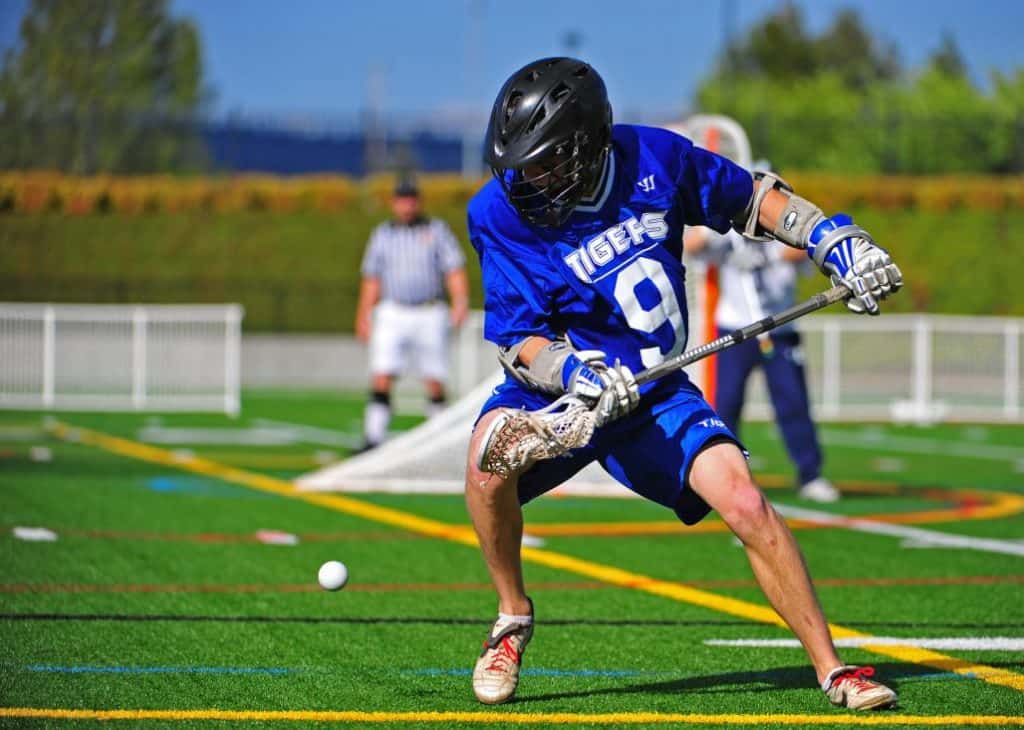 Tip 1: Find the Right Length and Size for You

Choosing a lacrosse stick is a lot like choosing a magic wand – you need to find the right length and size for your hands and arms. The actual length of the stick would obviously be limited by the regulations, but this is often given in a range – allowing you to choose among several possible lengths. This means you can try out different sizes – choosing one that best feels like it is the extension of your own hand.

What about your position? Well, your role in the game also plays a part. For example, defensive players prefer shorter sticks while offensive players prefer longer ones because it lets them execute their shots best. The circumference also matters here – it should be big enough that you can grasp it completely in your hand with zero danger of slipping.

See also
Lacrosse For Kids : Is Lacrosse The Best Sport For Your Kid?

This seems obvious but unfortunately, many beginners have a hard time perfecting this simple task. Not really surprising since you need a certain level of awareness to make sure that the open end of your head is always facing outwards. Imagine this, you’re ready to catch a ball. The head is positioned perfectly and as the ball moves in seemingly slow motion towards you – it just bounces off the head.

What? Why? Well, you’re holding the stick wrong. The head is flipped so that the ball actually hit the back of the pocket. Frustrating right? You have to always make sure that you’re holding the stick with the head in the right direction. This might seem like a small thing but in the midst of the game, it’s easy to lose track of what side is facing up. As you get better, you’ll get this natural instinct for when the stick is facing the wrong direction.

Tip 4: Divide It Into Four

Okay – now I want you to take a good look at your stick. You’ll notice that there’s the head and then the stick itself which is technically called the “shaft”. One good tip you’ll get from coaches is that you have to divide that stick into four. Imagine four lines: the first one is just below the head, the second is a quarter down, the third is at the halfway point of the stick, and the last one is found at the butt of the stick. Hey, if you have to draw that on the stick – it won’t be a problem!

What do these lines have to do with stick handling? Well, the position of your hand would change depending on the move you’re trying to make and they will change according to those lines. Each line is like your “marker” for where your hand is supposed to be.

One thing though – when we say “hand” – were’ really just talking about the dominant one. However, there are instances when the non-dominant hand will also change positions.

So the head of the stick would practically be on the same level as your head. This is what professional players call “the box”. It’s actually an imaginary line starting from the tip of your forehead, extending about a foot outwards, going back down, hitting the elbow of the dominant hand, and then back to the forehead. The head of the stick sits smack in the middle of that imaginary box.

What is this for though? This is deemed the prime catching position for lacrosse. Basically, when you’re on the field and playing, holding your stick in the box position gives your team mate a perfect aiming space so that there’s a very high chance of actually catching the ball.

You know what else this position is great for? Holding the stick this way lets you easily “give in” when catching a ball. There’s a lot of control around the head area so that you can easily do a little recoil when catching the ball so that it doesn’t just bounce off the mesh.

See also
What Is A Lacrosse Ball Made Of? This Material!

Tip 6: Two is for Cradle

Cradling is the term used for holding the ball in the pocket during the game and making sure it doesn’t fall off until you’re ready to pass or shoot. It’s actually a skill that’s perfected with practice – but it has to start with the right hand position.

Tip 7: Three is for Passing

Okay – so you now know how to hold the ball during the game, but you can’t hold that ball forever! The next step is to pass it to someone else – or maybe shoot it to a target? In either case – your hand positioning would now be different. For a pass, the dominant hand makes another move – this time to the third notch of the stick. The non-dominant hand remains on the fourth notch so this is actually a much smoother and quicker motion.

Why the sudden change of hand positioning? Well, moving the dominant hand lower actually gives you more power as you pass. There’s a better chance for the ball to travel greater distances – and you can also better control the accuracy of the ball.

See also
How Much Do Pro Lacrosse Players Make? (This Much!)

Tip 8: Cradling with One Hand

You should also learn how to properly hold a stick for a one-hand cradle. This is important if you’re a defensive player in the team. One hand cradling usually requires that your hand would be a few inches below the head. This is a matter of personal taste so notching doesn’t always work here. To cradle, gently move your wrist and shoulder in a rocking motion, the goal being to keep the ball moving in a crescent shape in the head. This will prevent it from falling off.

One good exercise for stick handling is to throw it sideways and let the other hand catch it, all without moving your head. The goal is for you to instinctively catch the stick from one hand to the next without having to look.

Once you’re comfortable with the grip, it’s now time to practice with the ball. A common exercise would be flipping. Place a lacrosse ball in the net and just start throwing it low and then catching it back again. Repeat this exercise, making sure that you’re not moving from your spot. Got it already? Now, let’s make things more interesting with high flips. This time, you need to throw the ball high up in the sky and then catch it again without moving your feet. This not only helps your accuracy but lets you become more familiar with stick handling.

Holding your lacrosse stick seems like such a simple thing but it actually requires tons of practice. Once you’re comfortable with a stick however, you’ll find that these position switches all come naturally.