Skateboard vs Scooter – Which Is Better? 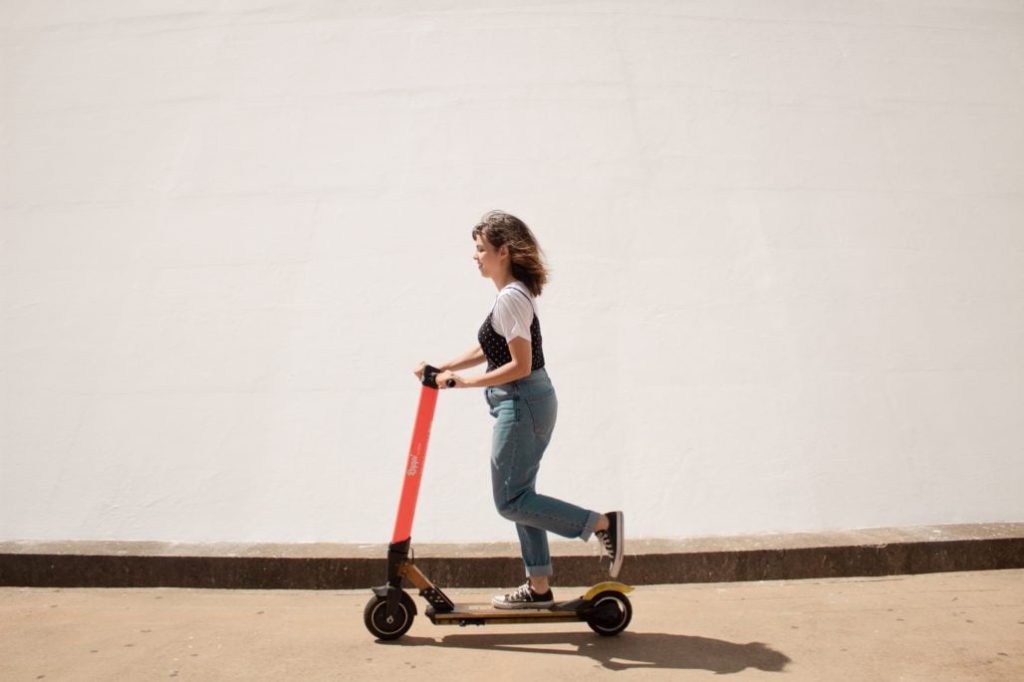 Do people cruising the streets on a scooter fascinate you? How about the skateboard aficionados doing tricks in the park? Do they make you feel envious? If your heart is torn between two equally fun wheel toys, worry no more because the answers are here, just waiting for you to discover.

At first glance, a skateboard and a scooter differ in appearance. Perhaps it is the riding experience that will give more bases for comparison.

Briefly speaking, a scooter gives you the ability to maneuver using its handle. As for a skateboard, it is more of footwork that keeps you on your desired path. Between them, one is not superior over the other. It is your preferences that we need to dissect. However, at this point, it is still premature to determine which fits your needs. And so without further ado, let’s dig into the similarities as well the differences, and see where this road will lead you.

Things in Common: Skateboard vs Scooter 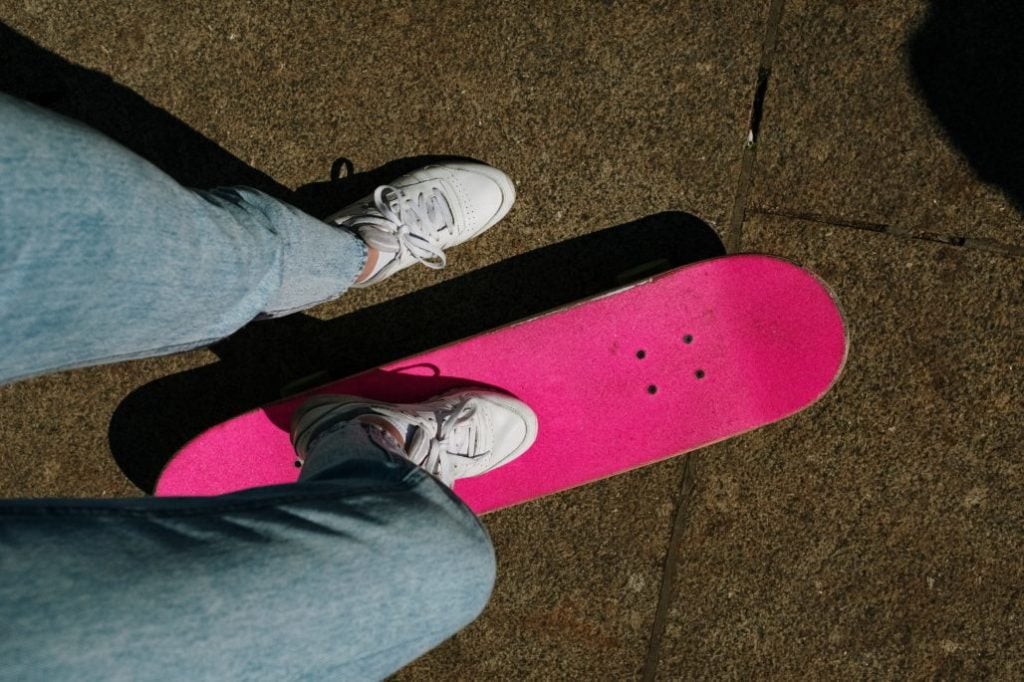 Yes, both scooter and skateboard can steer but with different approaches. It’s easier to steer in a scooter with the handlebar. On the other hand, you use your feet to steer a skateboard.

Both rides move by kick pushing and the harder you kick the more speed you gain. Kick-pushing the scooter is easier as you have a handlebar to hold onto. Meanwhile, you need to have good balance on a skateboard as you have nothing to hang on to when you kick push.

A skateboard and a scooter are capable of tight maneuvers. However, having two wheels and a handlebar makes it easier to make tight turns on a scooter. Making precise movements is also possible on a skateboard, though it would require more rider skills due to the four-wheel design.

Obviously, both the skateboard and scooter roll whether you’re riding leisurely or going fast. Again, it’s easier to roll on a scooter with its handlebar. If you’re a newbie rider, rolling can be difficult on a skateboard as you constantly need to maintain your balance on the deck.

Both scooter and a skateboard have their own ways of stopping. Some scooters have a foot brake located at the end tail of the board. All you need to do is to step on the fender-like part and it will gradually stop while it rubs against the hind wheel.

Some scooters may have a hand-brake installed on the handlebar. You just have to press it like you would when riding a bicycle. If the scooter has no brakes, using the other foot to stop while balancing onto the handlebar is the only way to make a halt.

Stopping a skateboard might be more difficult, especially for newbie riders. Foot braking can be applied but you need to practice a good balance and technique. For advanced riders, simply stop the skateboard using the sliding technique.

Scooters and skateboards are both portable and easy to carry. However, scooters are quite bulky with the handlebar. Although modern advancement allowed newer scooters to be foldable.

Skateboards are handy as well since you only have to pick them up and you’re ready to go. But skateboards win the portability department as you don’t need to fold them up.

So, there you have it. Despite the differences, a scooter and a skateboard still have many things in common. Now, which do you think wins in the ease of riding department? You decide. But obviously, for most newbie riders, the scooter wins hands down.

Now you know the similarities, let’s have a real faceoff between the two rides. Let’s begin the battle between the scooter and skateboard. Are you ready? 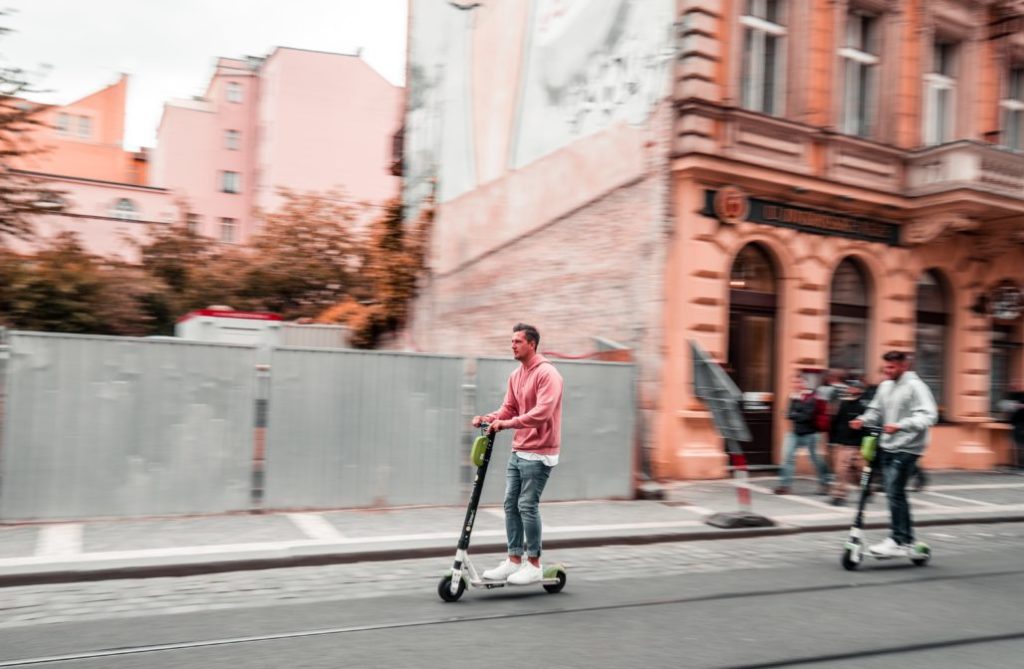 Scooters and skateboards are great for commuting short distances. It can be anywhere like rolling from home down to the campus or the grocery store. But which do you think is easier to carry around the campus or inside a store?

A scooter may be foldable but still not as convenient to carry around. A skateboard easily slides under a desk or a table, while a scooter may take up more space. Therefore, when you talk about convenience and stowage, skateboard wins.

Round 2: The Learning Curve

Again, without a handlebar, foot-braking a skateboard is another skill to learn, which would take some time as well. A newbie rider would have to be careful not to go too fast or falling off the skateboard would be inevitable while foot-braking. And what more if you are learning about the sliding technique for braking? It requires a more advanced skill as well.

How about learning how to steer? Without the handlebar, a great balancing skill is vital as you need some footwork to steer a skateboard.

Even a first-time rider will easily learn to ride a scooter. You could even learn the bunnyhop trick easily on a scooter because of the handlebar.

Therefore, for round 2 the scooter wins in the learning curve. Now, they’re even.

After learning about the basics of riding a scooter and skateboard, mastering advanced tricks is the next step. Advancing your skills in both scooters and skateboards requires a lot of dedication and hard work. You can’t become a pro rider overnight. And believe it or not, bruises and some scratches would not be unusual during practice. So, make sure you have the right gear for safety.

The battle of mastery could be difficult to score, but let’s start and see who wins this round.

Of course, it’s not as easy as doing it on a skateboard. But for some other tricks, like the 180 on a skateboard, 360 on a scooter, etc., the scooter and skateboard could be just equal when it comes to mastery round.

Therefore, for this round, let’s give both the scooter and skateboard equal scores.

The safety round is a much more obvious round to score. Do you think this round is biased? Well, let’s see.

If you’re a parent and would like to give a gift to your child, which would you prefer, a scooter or a skateboard? Of course, when you think of safety, it’s easier to decide on picking the scooter.

Why? It’s because of the handlebar.

But looking more closely at some other reasons would justify the safety of a scooter.

Lastly, when going for speed, a skateboard is more prone to wobble due to its four-wheel design. Without a handlebar to hang onto, losing balance during a wobble can lead to a crash.

On the other hand, scooters are more stable even at high speeds. The two-wheel design and tighter axles make the scooter more stable and never wobbles at speed. Therefore, the scooter wins the round for safety.

Before starting the battle in popularity, why don’t you have a bit of background of when was the first professional skateboarding competition held? It was in 1963 when the first skateboarding championship was held in Hermosa, California, and after that, the rest is history. Skateboarding gained popularity from then on.

The year 2005 can be considered the year of scooters. It was then the first competitions were organized. Today, more and more kids, teenagers, and adults were choosing scooters.

Despite the increase in popularity of scooters, you can still safely say that skateboarding is still more popular than scootering. But who knows? Maybe in a few years, scooters will dominate the scene in board riding.

For the popularity round, the skateboard wins.

Now let’s wrap up the battle.

And the battle ends in a draw!

That battle was a tough fight to score but since it’s a draw, the final verdict is still for you to decide.

However, this article’s next topic is about a short buying guide. It could help you decide which one is best for you – the scooter or the skateboard?

Buying Guide for Scooters and Skateboards 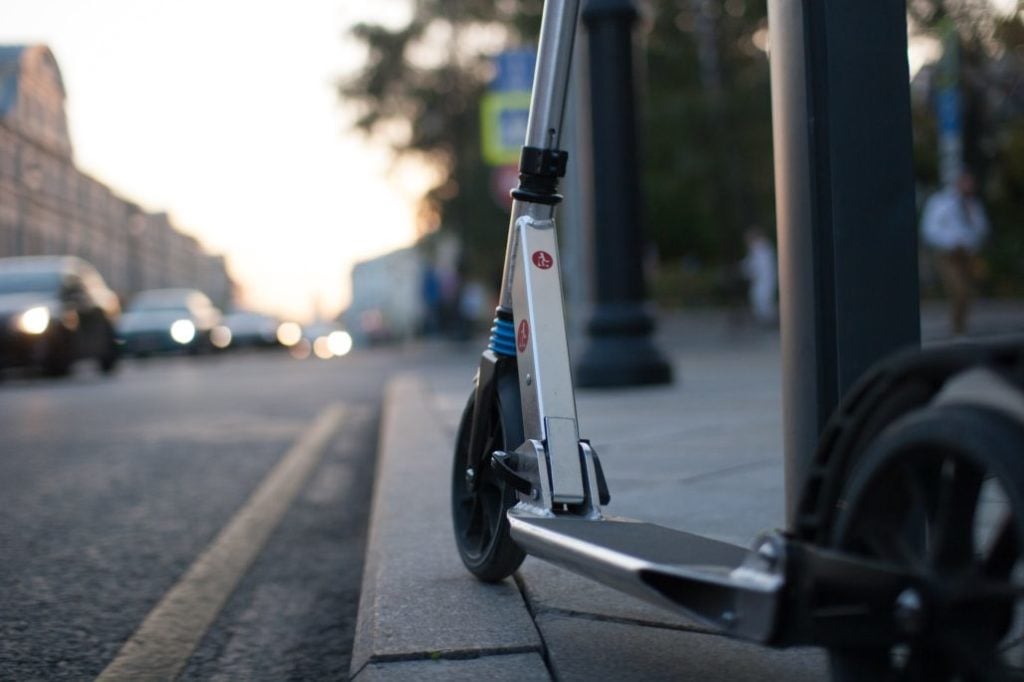 The initial decision on which ride to buy is the hardest. You’ve already learned some important things about both the scooters and the skateboards from the beginning of this article.

So, you’re back into that question again. Which do you prefer, a scooter or a skateboard?

The following questions could help you in your decision.

What is your purpose in buying a scooter or a skateboard?

Typically, you’re buying something because of the purpose. The two most common reasons for buying a scooter or a skateboard are commuting and fun.

There are a few factors to consider when you use either a scooter or a skateboard when commuting. You already know that a skateboard is a winner in the convenience department. It is also easier to stow as it only takes a small space and can easily fit under a desk.

If you think a scooter would be too bulky to carry around stores, or at the campus, a skateboard is a better pick. However, if carrying around a bulkier scooter is fine with you, and you’re more concerned about safety, then you may go for the scooter.

You might also want to consider the traffic in your area. A skateboard is more convenient to use in crowded spaces while a scooter may be more of a hassle because of its size and built.

If you often want to go fast but are still worrying about safety, a scooter provides more stability during a speed roll. The two-wheel design is less likely to wobble, unlike the skateboard’s four-wheel design.

Again the handlebar of the scooter provides additional safety features as you can balance easier than riding on a skateboard.

Now, let’s move on to the next reason, which is “fun”.

You can go for a skateboard if you want to do that good old ollie, kickflips, heelflip, wallride, etc. However, if you’re more inclined to do the bunny hop, fakie, 360, nose pivot down, etc., you may go for the scooter. After all the comparisons made, there’s really no reason why you can’t decide which one’s better. Because it doesn’t really matter whether you get a skateboard or a scooter.

What matters most is that you enjoy what you do. In the end, there’s really no competition between skateboards and scooters as both of them were made for simple reasons. One is to give people the convenience of commuting, and the other is to bring fun to enthusiasts. In the end, it’s all a matter of preference.

SkateBoarding For Beginners – Everything You Want To Know!

Ultimate Review of The Best Surfboard Roof Racks in 2022

Ultimate Review of The Best Sunscreen for Surfing in 2022

Best Surfers of All Time Our View!