Wakesurfing vs Wakeskating – What’s the Difference? 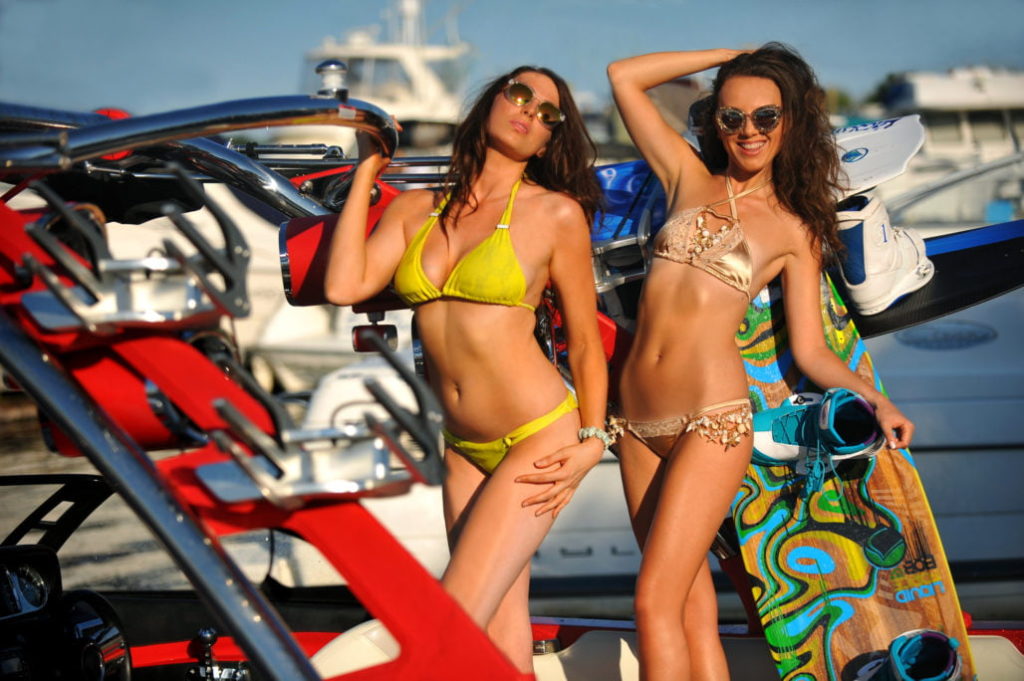 Is there any difference between wake surf and wakeskating? Both sound similar but are they really different? Let’s find out. Wakeboarding as we know it today was formerly called skurfing by the first practitioners of the sport and is now regulated by the World Wakeboard Association.

What you need to know about Wake surf 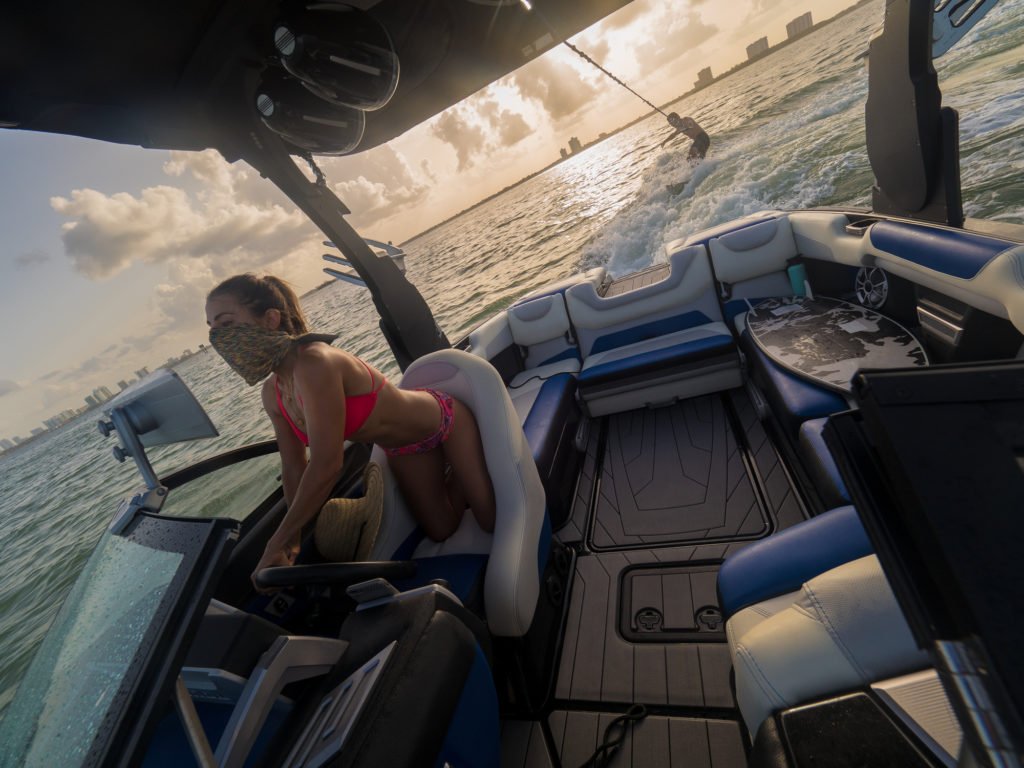 Wakeboarding is a combination of skateboarding and water skiing.  So is it harder than water skiing? It depends on who you’re asking. Riders have the option to make the sport as simple or complicated as they wish. If you have enough experience, you will be able to utilize any wave that comes your way.

You also need to determine which foot to place on the front and back of your wakesurf board. Novice wakeboarders may find it hard to get up on their board, and using a shorter rope for towing can help you to balance yourself upright on your board.

Getting on your wakeboard can be tricky but in the long run, will become easier to do. The forward foot should be placed close to the boards’ tip and the tips should be the one nearer the boat. When you successfully launch,  the sitting-on-a-chair stance can help to maintain your balance as the boat picks up speed. Make sure you maintain proper posture as well.

Wakeboarders need a personal watercraft to tow them and displace the generous amount of water to make big waves.  Any type of boat can tow a wakeboarder but if you need to purchase a boat that will be used for this watersport; the in-board boats are the best options for wakeboarding as they have no outdrives and have a set of fins for tracking.

In terms of safety, wakeboarding has a lower risk of riders crashing on the water since they are board bound and hold on to the towing rope that offers them protection. With board bindings, however, riders will have limited foot movement to do stunts. 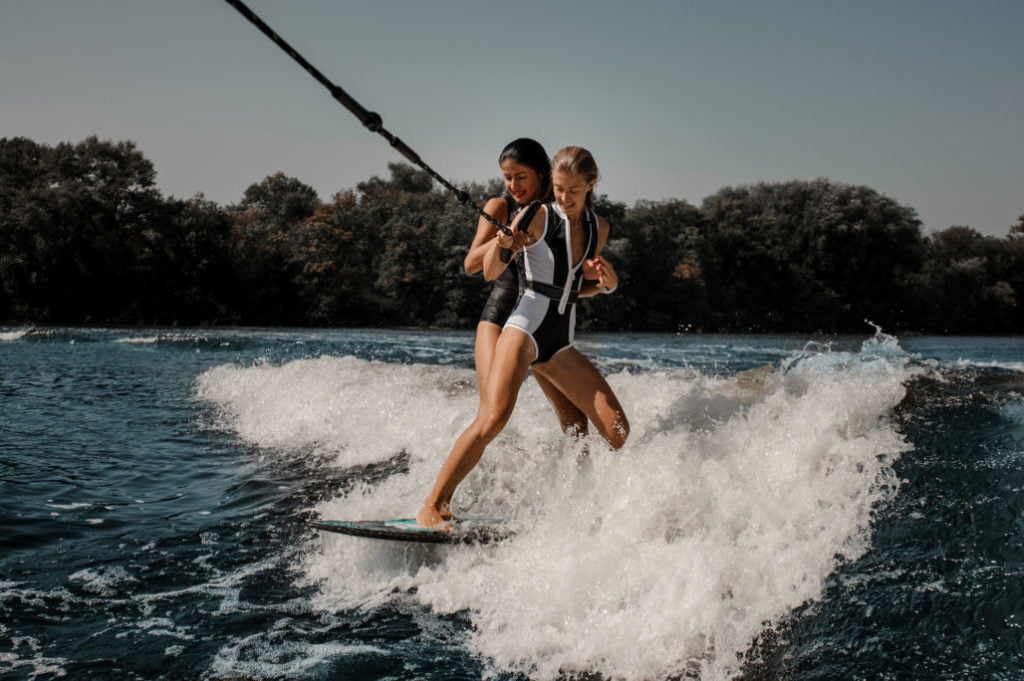 Jeff Darby was the first person to make the skurf board model. After that, he worked with legendary surfer Tony Finn and the two created the original skurf board. The original surfer board became popular and wakeskating enthusiasts began to further increase.

In 1983, we can say that wakeboarding began to use stunts including back-flips while on foot bindings ever since Howard Jacobs performed on the Jacksonville River.

Meanwhile, another well-known surfer, Paul Fraser coined the term wakeboarding. His first patented wakeboard was sold to HO Sports shortly after the sport began. Since the ’70s, wakeskating has been taking its rightful place in the watersport. Long surfboards were used by riders to travel behind boats. The longer surfboards were soon replaced by shorter ones and the rope secures every ride aside from swift driving by boat drivers.

The sport started with pioneers including Jerry Price who is known to have begun modern wakesurfing. During this time, the rider trails using multiple fin sizes including smaller fins or a large back fin. The younger American crowd soon took up the sport as they think it is more fun. The United States became the country of origin for wakeskating and soon spread the influence worldwide. Also, wakeskating began making rounds when it was televised on ESPN in the 1990s.

Are shoes essential when you wakeskate? 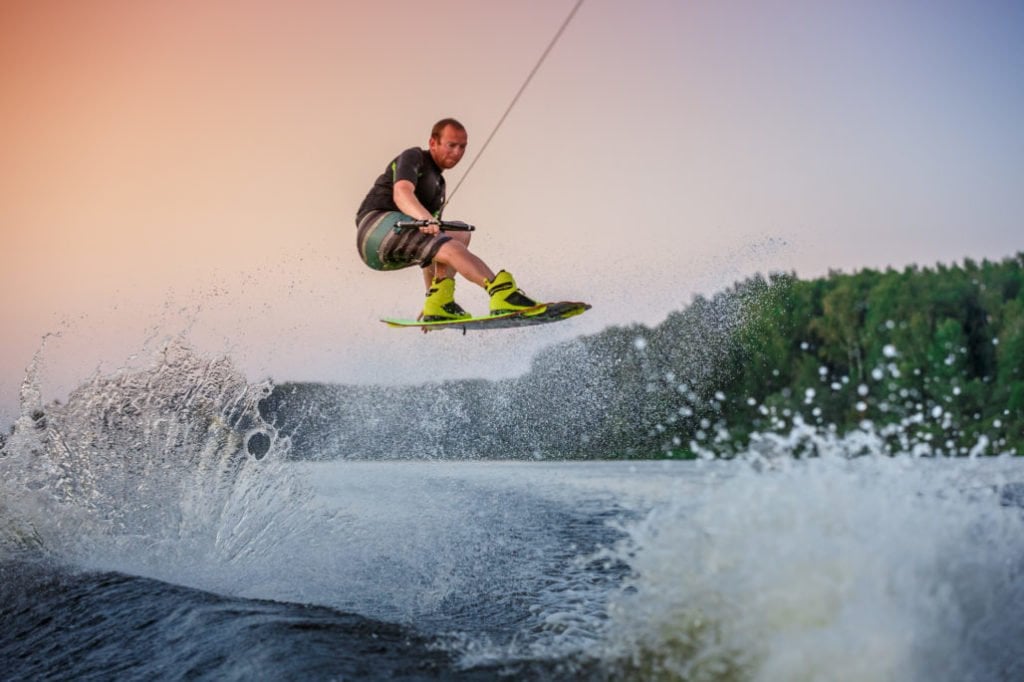 How does a pair of athletic shoes impact wakeskating? Let’s find out. The significant component in wakeskating is actually when one wears shoes and foot straps while on board. Any pair of wakeskate shoes will do and it can help you stand on your grip tape wakeskate board.

Learning to stand on your wakeskate is the skill you need to learn first. Get those foot straps working and have your foot in front bend more than your back foot. In this way, you can float on the water and stand on your wakeskate while being towed by a boat. Wakeskaters can be pulled by any type of boat and do not need as much throttle as water skiers do.

Here’s a tip: When it comes to wakeskating, Liquid Force is a good brand to get your board from. It is well known in the industry for its quality boards aside from making you a continuous rocker.

Can you do some wakeskating stunts? 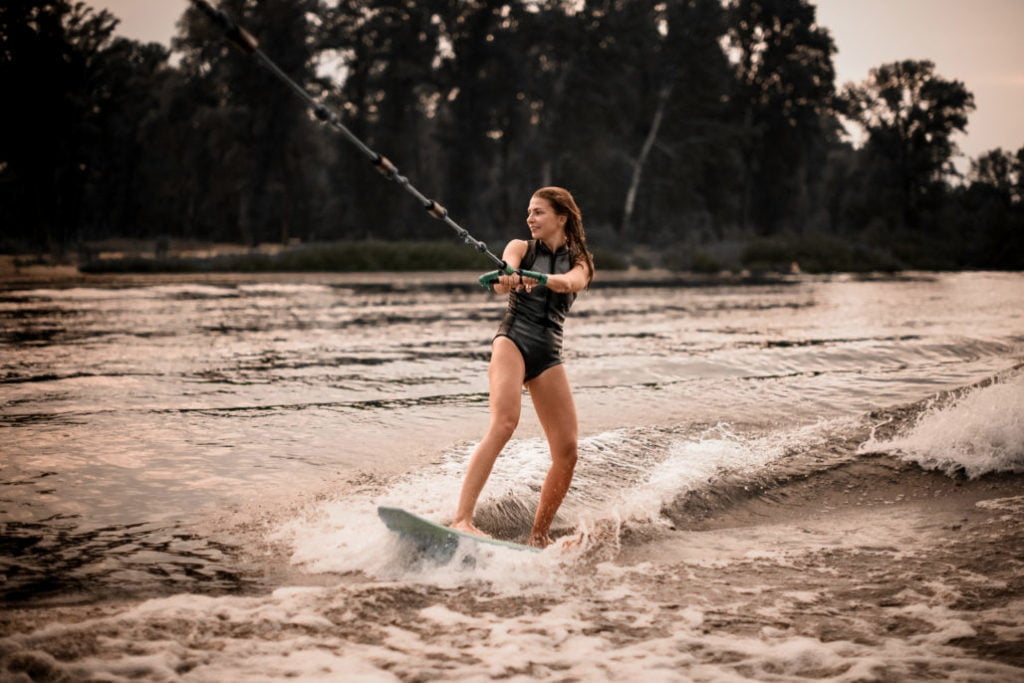 Are you a daredevil? Are you excited about performing stunts? In wakeskating,  you will be able to do stunts since you are not bound to your board. If you happen to be a great skater or skateboarder, you can basically apply your skateboard stunts the same way, but this time in the water while riding a board.

Although there’s a drawback of falling from your board while wakeskating, wearing running shoes will help you maintain your balance and secure your feet on the boards’ grip tape while making you board bound. 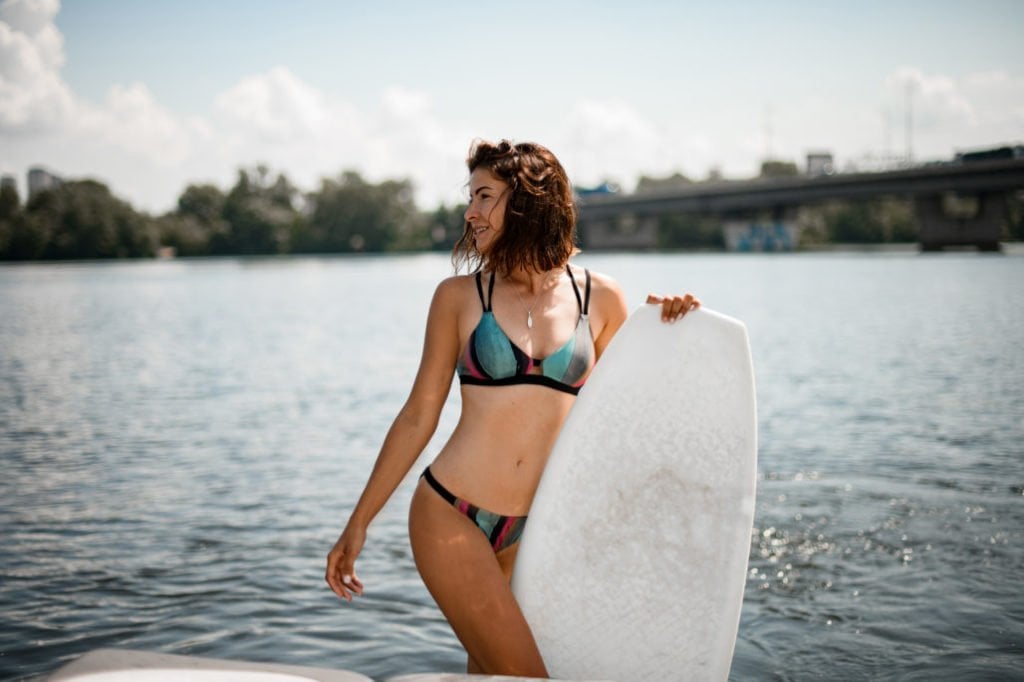 Did you know that wakesurfing is another water sport that is carved from wakeboarding? As wakeboarding involves the boat’s wake being over surface areas of water, a boat driver can have the motorboat tow the rider while balancing on a board or a launching pad. Boat drivers usually drive between 30 and 40 mph to be able to do so. The water sport also involves closed-course cable systems and a personal watercraft, which in this case is your board. Aside from that, alternative towing methods are also used.

Following the boat and riding on the boat’s wake make up the quintessential wakesurfing experience. This can give you an adrenaline rush as wakeboarding and wakeskating and can let you do advanced tricks. If you happen to be an avid surfer, this sport can be a good activity when the calm ocean does not produce waves for you to surf on. For beginners, it is advised to use a short rope as this is easier to grip to maintain proper posture and balance.

One of the reasons this sport has become popular among many riders is that even being towed by a boat for a while, letting go of the rope gives them the power to hold and maintain the board power until the end of the ride. As long as the boat consistently produces waves and the riders can sustain the proper riding stance behind boats, they can make the ride last as long as they can.

Differences between Wakeboarding, Wakeskating, and Wakesurfing 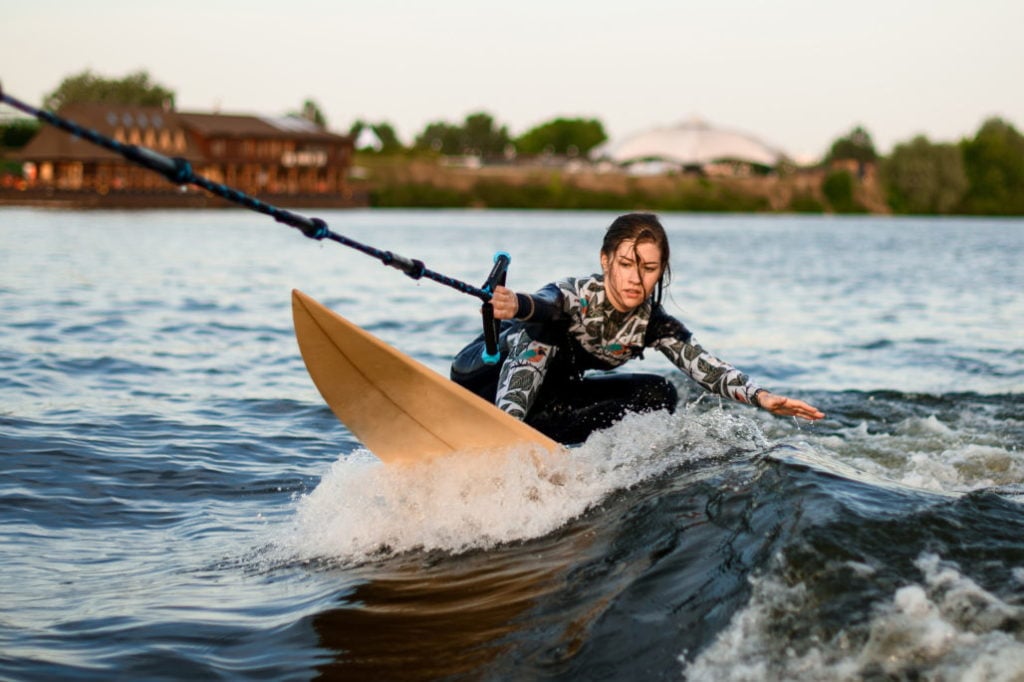 These terms might sound alike but do you know that wakeboarding, wakeskating, and wakesurfing are actually three different things? Here’s how they differ from each other. Wakeboarders are bound to their boards while a boat tows them. They also have foot bindings on which means they can do fewer tricks while on water.

On the other hand, wakeskating riders are not bound to their boards while being towed by a boat. They are strongly advised to wear shoes while wakeskating. Grip tapes help to anchor the onboard and if experienced skateboarders try this sport, they will find it easy to do kickflips, heelflips, and hard flips while on water.

Meanwhile, wakesurfing requires longer decks much like in surfing, and riders are not bound to anything, neither by the boat towing them or their board. Upon reaching sufficient speed, riders can let go of the rope as soon as they felt ready to surf behind the boats’ wake and ocean surfers can opt to do wakesurfing when the oceans’ condition does not produce waves good enough for surfing. 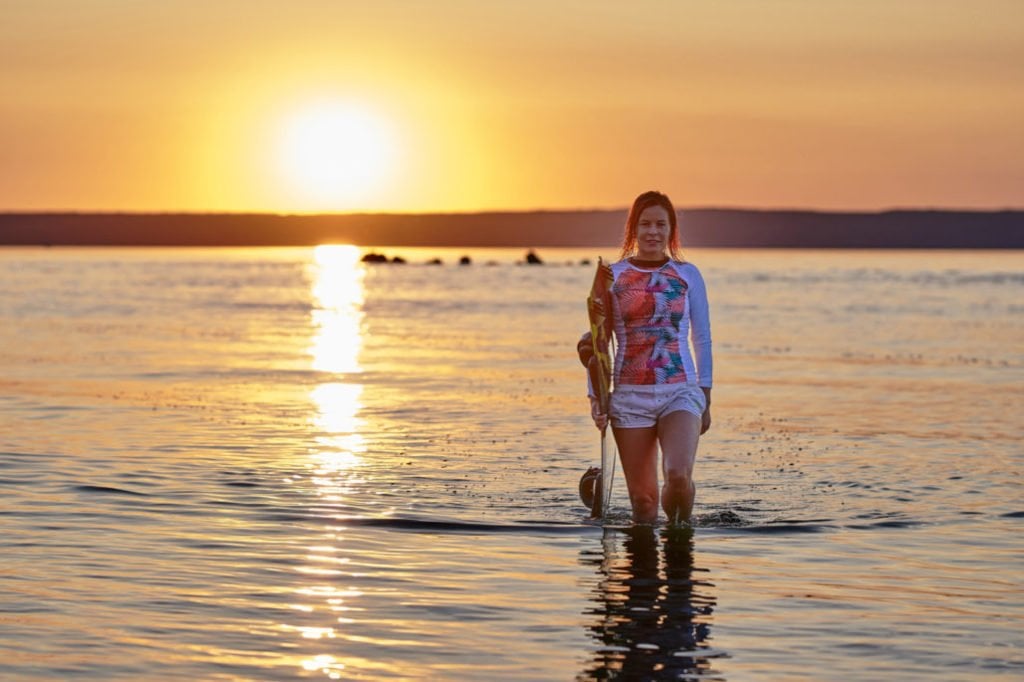 Is Wakeskating the same as Wakesurfing?

Wakeskating is an exciting watersport adapted from wakeboarding where the rider is not bound to the board while being towed and riding the waves. A soft high-traction covering the boards’ top surface lets riders navigate the waves with or without footwear.

If the rider prefers to wear shoes while wakeskating, the grip tape on the wakeskate surface will secure his feet thus avoiding the need to fit the board with accessories. Being not bound to the board, the rider can practice skills like flipping and more tricks as they become more experienced with the sport.

Crashing can be avoided when wakeskates have EVA foam that can protect the rider from slipping. It can also help the professional rider to have more traction as they ride the waves. This gives this one sport so much challenge that makes it thrilling for the riders to pursue more of this game.

When wakeskating was just starting to make its impact on watersport enthusiasts, those who got hooked were experienced skateboarders of the younger crowd. Not being bound to the board can give you the freedom to perform skateboarding tricks while on the water. Wakeskaters can be towed behind any boat and do not need much throttle to go.

Wakesurfing, on the other hand, is quite similar to ocean surfing as it also uses a wake surfboard. The rider uses a tow cord while trailing behind a boat and ride on its wake. The rider will let go of the rope as soon as enough boat waves are available for the rider to surf on. The rider needs to aim at riding closer to the boat so they can hit the wave at its highest point.

Is Wakeskating harder than Wakeboarding?

Did you know that wakeboarding is arguably easier to do than wakesurfing? Wakeboarding involves riding while having your front foot maintain the same position it needs and getting a grip on the tow rope while a motorboat tows you. The major difference is that you cannot perform stunts more as it can be challenging.

Wakeskating is like the twin brother of wakeboarding. Wearing shoes is optional but most experts recommend wearing one when wakeskating especially for beginners. It can be old athletic shoes that would be able to let you stand on the boards’ grip tape surface.

If you have a talent for skateboarding, the tricks you have can be adapted. You need to maintain your stability while on the water to enjoy longer rides. In terms of safety, although you are not board bound, the rope can offer you security while you perform your stunts. Wake-specific boards are thin and light just like in wakeboarding. It is easy to transport and store them after you start wakeboarding.

Both wakeskating and wakeboarding are water sports that tow riders behind boats for them to take advantage of the wake created. Depending on the skills of the riders, wakeboarding is easier to learn for beginners. On the other hand, if riders are experienced skateboarders, they can apply their balancing act and stunts while wakeskating.

Is Wake surfing harder than Surfing?

Using big boards can add stability to your stance while on water. In surfing, a bigger board is mostly preferable since surfers need to paddle their way to catch the waves. This requires a lot of speed and energy and can be weary for beginners. Using long surfboards, however, can make paddling faster making wave catching easier.

Since ocean waves are unpredictable, surfers need to choose the correct size surfboard to surf and ride the present surf condition including training when waters become zero degrees in winter. In wake surfing, riders get to ride their wave when the boat pulls them up to get them on their surfboard and letting go of the rope to surf on the boats’ wake.

As long as the boat moves forward and the rider can maneuver his way on the boats’ wake without falling, they can surf for as long as they can. They usually prefer to use smaller boards for this since the wave created by the boats’ wake is constant.

SkateBoarding For Beginners – Everything You Want To Know!

Ultimate Review of The Best Surfboard Roof Racks in 2022

Ultimate Review of The Best Sunscreen for Surfing in 2022

Best Surfers of All Time Our View!