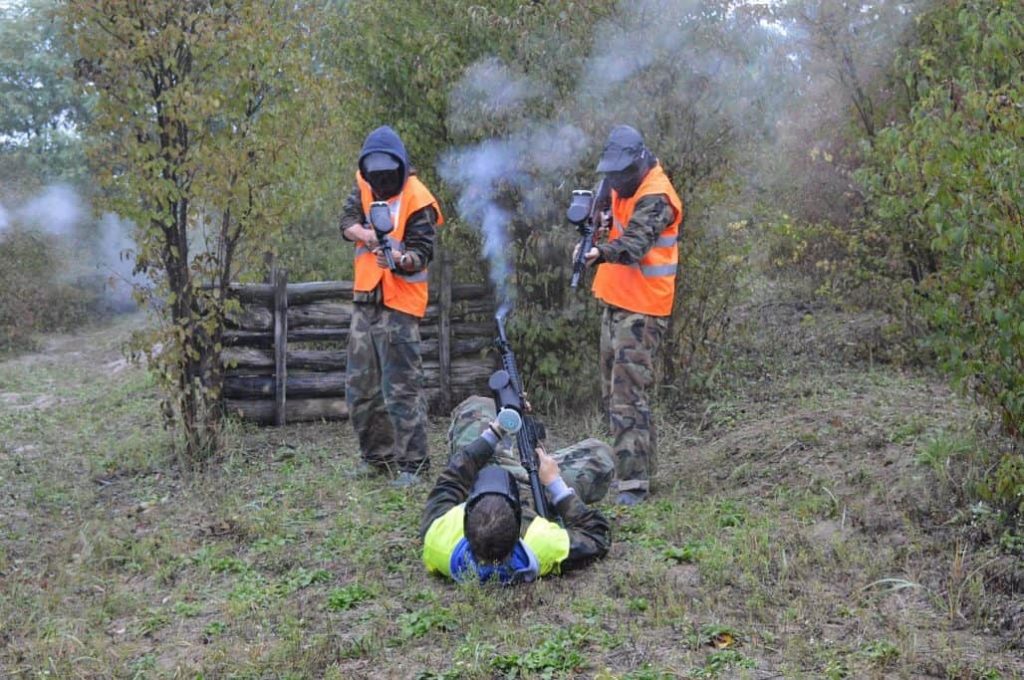 Paintball tanks contain high-pressure gasses, mainly CO2, allowing them to launch paintballs at such a long range. In some ways, they’re a lot like your fire extinguisher. But can they explode? The short and simple answer to that is yes, paintball tanks can explode.

Don’t panic though. This doesn’t mean that you’re harboring a fire hazard in your garage by keeping paintball tanks. These tanks are built to contain high pressure so they’re not going to explode randomly. If and when paintball tanks explode, you can be sure that something went wrong along the way. Hence, if you care for your tank properly, there’s really no need to worry about this happening.

Why Would a Tank Explode? 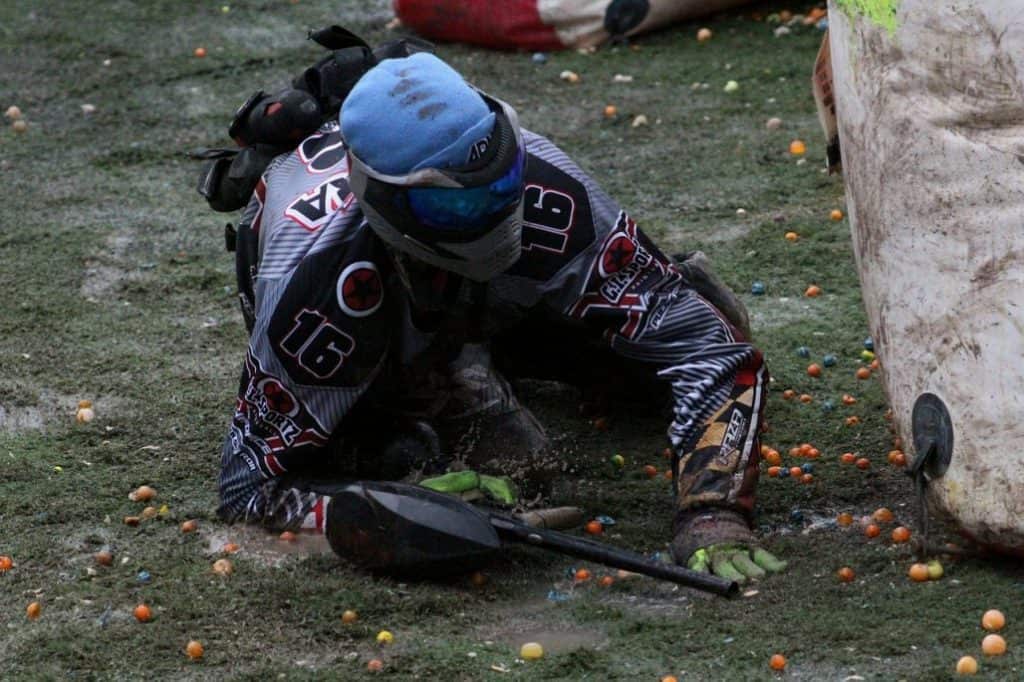 Tanks are built to last – but not forever. If you’ve had the same paintball tank for the last 15 years, then you’ve had it for too long. Chances are the inside and outside of this tank has taken enough beating that you can’t trust it anymore. A tank that’s too old needs to be replaced – even if it still looks “okay” from the outside. Note that an old tank isn’t going to just “stop working” as a way of telling you that it needs replacement. Instead, it will explode so don’t wait for that to happen.

Always make sure that you’re buying quality air tanks from trusted sources. Remember – paintball may be a game but it’s a highly competitive one using powerful gear. Using substandard parts won’t just ruin the quality of your game – it could literally backfire and cause damage to you and to other people. And we’re not just talking about the tank here.

Remember – the tank contains not your regular air but the pressurized variety. At all times, there is air inside the tank that is trying to push its way out of the container. This is why the tank has to be strong enough to withstand that constant pressure. To guarantee this ability, the tank has to pass a barrage of tests before being released in the market.

Hence, make sure you’re getting the tank from a verified seller. Try not to rely on online purchases and if you do, make sure they’re authorized sellers of the tank brand. As mentioned, a paintball tank will last for 15 years if you take care of it properly so you shouldn’t be too concerned of the cost as they’re investments.

Tanks are built to withstand pressure from the inside and also outside. There’s a thick layer of metal there so it would take some work to place a dent on its surface. It’s not invulnerable though so if you do notice dents on the tank, it might be best to just replace it with a new one. A good rule of thumb is to watch the paint. If you only notice scratches or bumps on the surface of the paint, this isn’t a big problem. If the damage goes beneath the paint however, that’s a sign that the structure has been weakened. For this reason, you’d want to handle the tank properly – especially when it is detached from the paintball gun. While attached, also make sure that it doesn’t suffer from too many bumps during active play. There are also tank covers that you can use to prevent damage.

Your tank comes with a fill nipple on top that can easily take in small amounts of oil down the hatch and into the tank. While some people don’t do it deliberately, there are those who are careless enough that it happens. Unfortunately, this is not something you can just shrug off because oil coming into the tank can be dangerous. The oil can heat up and warm the air inside the tank – eventually sparking a fire that leads to an explosion. For this reason, always make sure your fill nipple is oil free. In fact, make sure there are no liquids near the fill nipple or that no debris will push through the opening.

While overfilling a tank doesn’t automatically result to explosion, constantly doing this over a period of time can weaken the internal structure of the tank. Remember – this is pressurized air so you don’t want too much of it pushing through the walls of the tank. This is why you always have to look at two gauges when filling the tank. Watch for the gauge attached to the tank itself and the gauge of the compressor itself. Looking at both will give you a better idea of the amount of air inside. It will also prevent errors in case one of the gauges is malfunctioning.

While paintball tanks can last 15 years, they need to be tested once every five years. A hydro test basically makes sure that your tank is still capable of containing the amount of pressure it was designed to take. But doesn’t a tank have a life span of 15 years? Well, yes. However, during that time, repairs can be made on the tank. Hydro testing is a way of finding out if there’s damage and then repairing the damage if it can be done. Without hydro testing, there’s really no way of telling if your tank is safe for use. 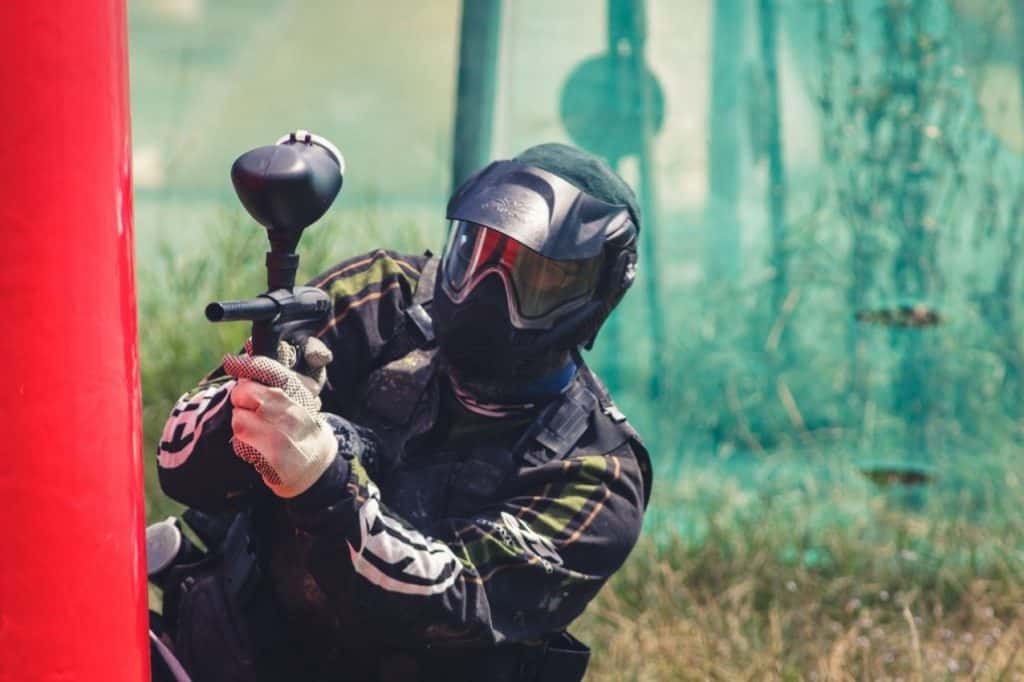 Aside from those mentioned above, proper storage of a paintball tank is also important to keep it safe and useful. For example, if the valve of the tank becomes unscrewed at some point, especially during a game, you should stop immediately and have it fixed. If you’re storing the tank for a long period of time, also make sure that the batteries are out and that you put it somewhere cool and dry. Some owners like to put electrical tape around the terminals to minimize the chances of a spark.

To wrap it up – paintball tanks are built for safety, security, and durability – but they’re not perfect. Care for them correctly and they will be as safe as houses.