5 Lacrosse Defensive Drills That Are Perfect For Sharpening Your Skills! 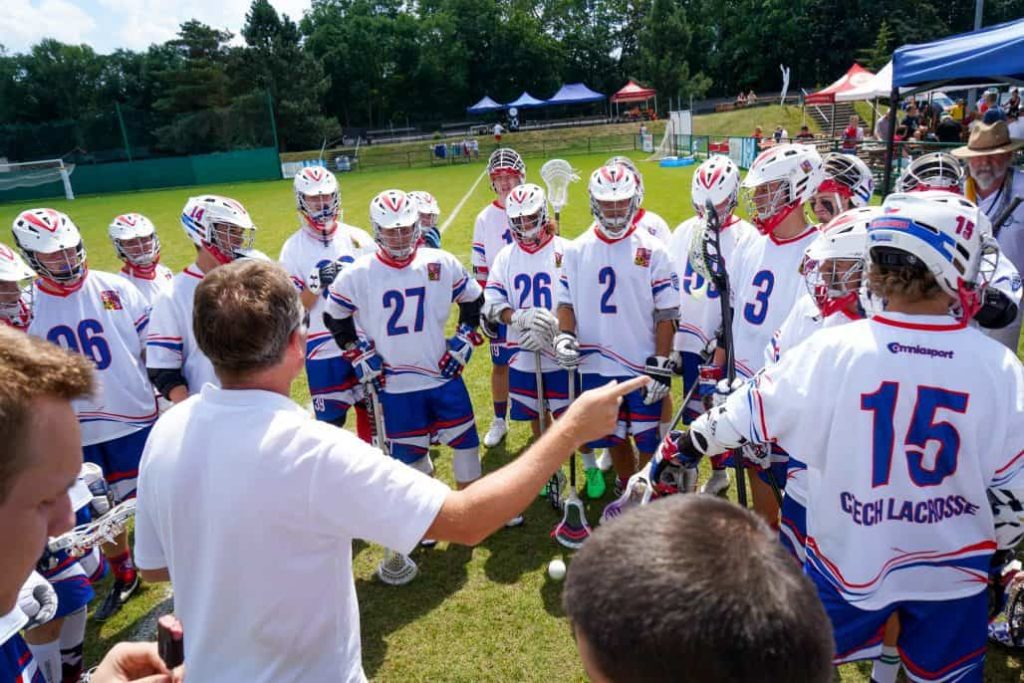 The Importance of Doing Drills 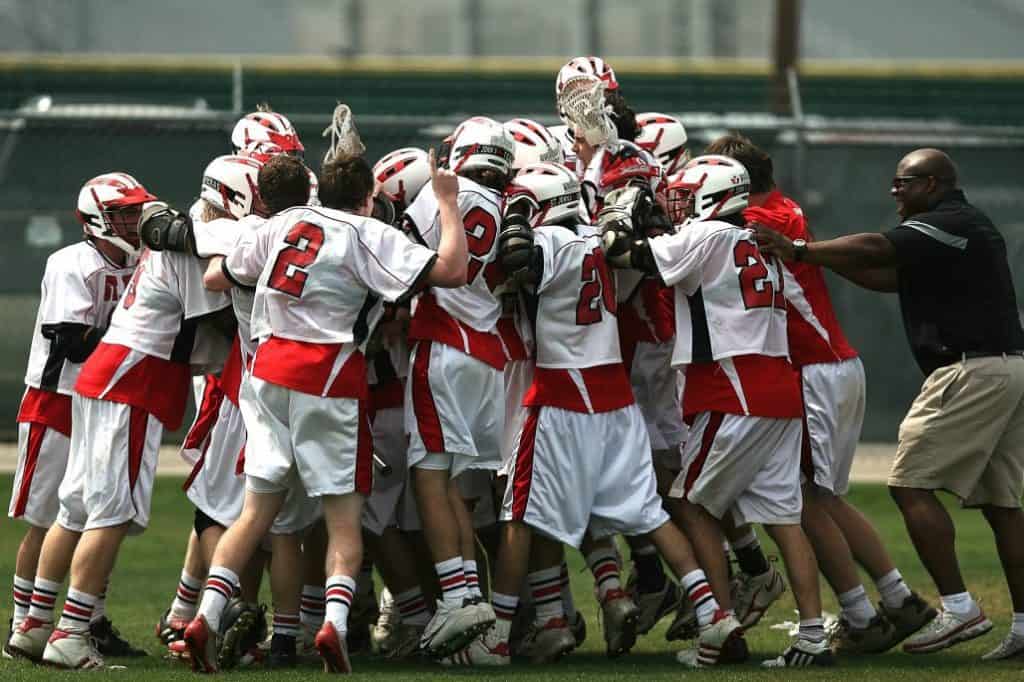 Everybody knows that practice makes perfect. In lacrosse, it’s not enough that you watch games and then practice your cradling techniques. It’s also equally important to focus on your footwork. Why footwork? Here are the reasons why it’s so important.

Agility is one of the key traits every lacrosse player should have. Without it, you would barely be able to play a great game, let alone an okay game. If you practice your footwork, you’re able to gauge how quicker you need to be to catch up with your opponent. The more you practice footwork, the more you get used to moving fast without any trouble catching up.

“Speed? That’s easy. All you have to do is run fast!” That’s what most people think. However, in lacrosse, it’s not only about being fast; it’s also about being fast when you block, catch, shoot, and cradle. Running fast is just half of the equation.

When you practice your footwork, your speed gets practiced, too. This is mostly because your coach will ask you to keep running fast while doing different steps and moves. Over time, moving quickly and easily is going to be natural to you.

You learn how to predict your opponent’s movements.

This is a skill that you don’t learn right away. It’s also not something that takes a supernatural power. So if you think learning footwork won’t help you here, you’re wrong. There’s no other way to sharpen your anticipation than with footwork exercises. If you practice with your teammates, you get a feel of how it’s like to actually defend a ball or to try to get it from the opposing team. If anticipation is your Achilles’ heel, then you’re going to need a lot of footwork practice.

See also
How Popular Is Lacrosse in the USA and Worldwide? (Very!)

You get to communicate with your team without actually talking.

How do you communicate without talking? What are the signals you need to learn when you play lacrosse? Unlike baseball and basketball where the players can give hand signals on the strategy, you can’t do that in this game. This is mainly because you’re holding the stick with both hands almost all of the time.

If you learn drills and footwork, your team will be able to know your strategy. They will also be able to read your movements and adjust accordingly. This is what footwork and practice can give you. If you just discuss your strategy, you’re most likely to fall short as a team due to a lack of communication. And in lacrosse, communication is key.

Are sidesteps the most complex steps in lacrosse? Definitely not. When you practice drills, you’ll realize that there’s more to lacrosse movements than running forward, back, and to the side. While you can always read or watch how these moves are done, there’s still no substitute for doing them on your own. When you learn these movements, you also improve your flexibility on the side! 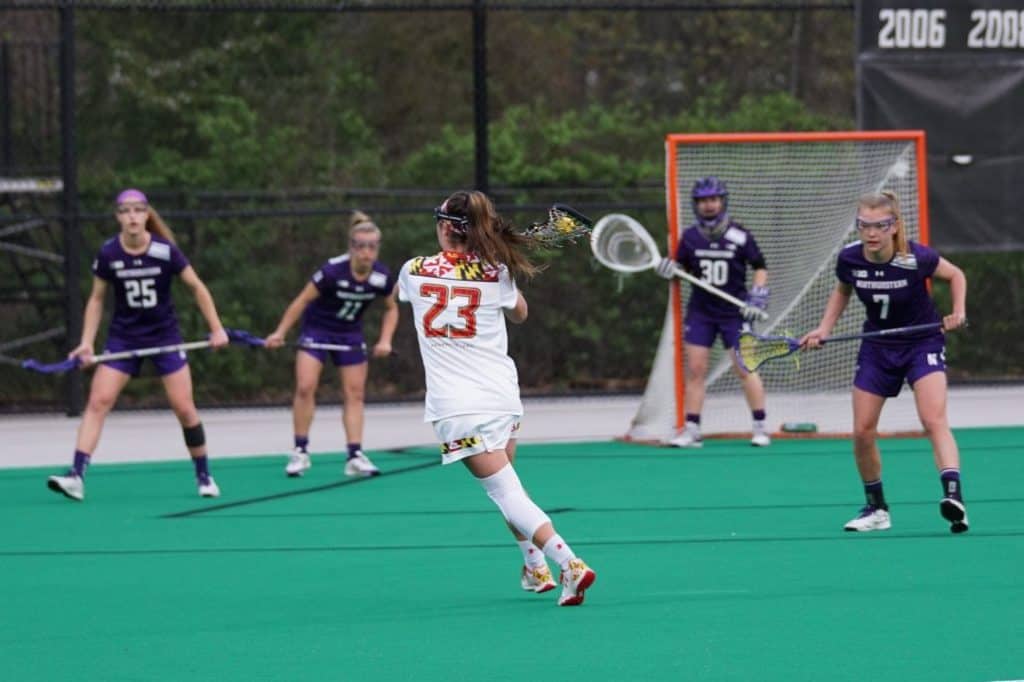 So how do you practice your defense skills? Here are 5 drills every lacrosse player has to master.

The first drill that you have to do focuses on footwork. As you already know by now, footwork is very important so you should start with this type of exercise.

See also
How Much Does A Lacrosse Ball Weigh? This Much!

One of the most basic footwork drills is the zigzag drill. The zigzag drill is easy to understand – you just do side steps from one side to the other resembling a zigzag. You can line up as many cones on each side, but you can also just use three on each side and just move forward then back.

What’s great about zigzag drills is that they’re simple. If you’ll notice, a lot of teams use this as their first set of drills because it keeps the heart pumping while you learn to slowly pick up the pace when you go from side to side.

Want some variety to your footwork drills? The hawk drill is a lot like the zigzag drill except that you move forward and backward. However, the difference here is that you don’t have to put the same number of cones on both sides. Instead, you place three cones on one side and the two cones on the other.

On the side with the least side cones, place the cones far from each other. On the other side, place the three cones close to each other but still in between the two cones on the other side. All you have to do now is run to the one end and run back (by stepping backward) to the opposite end. Do this until you reach the farthest cone on the same side.

What do you get when you do a hawk drill? You learn to be agile and fast since you will also be timed during this drill. At this point, you’ll realize that most of the drills you will be doing will require a timer so that you can gauge how many sets you can do in a certain period.

See also
How to Make A DIY Lacrosse Stick? - A Complete Guide

Cage drills aren’t what you think they are. No, you won’t be inside a cage. In fact, you’ll be outside of it – the net, rather. To make a cage drill, you’ll have to place two cones at the crease edge by the sides of the net. To maximize your training with this drill, make sure that you wear your full lacrosse gear. You’ll see the difference when you actually do the drills with it.

How do you do the cage drill? It’s simple. You start by running from one cone to another while making sure that you don’t trip over the tail of the net. You can do this by facing the net so you’ll be forming a U shape when you run or you can do this with your back against the net. The latter is more difficult but it definitely improves your balance and awareness.

A cage drill is harder than basic footwork drills because you actually have an obstacle right at the middle of the running space. So be careful with the tail.

Are there drills that involve other team players? Of course, there are. Individual drills are as important as group drills because the latter helps build cooperation and communication within the team. One of the drills you can do is called a star drill.

A star drill needs five cones placed for every corner of the star. This is also where each of the five players will stand. A sixth player will be standing behind the first player.

Doing a star drill is perfect for communication because your teammates are positioned in many different areas. Doing this drill faster will make it more confusing, but it’s close to reality. When you play a real lacrosse game, there will be more people running around in different places.

The alley drill is a classic drill that every player should get to practice at least once in their lacrosse career. What makes it so special? It teaches you how to block an opponent’s attack.

How do you do an alley drill? You need two players – one acts as offense and the other acts as defense. Obviously, the offense will have the ball and will try to move from one cone to another. The defense player will then try to get the ball from the other. That way, you’re mimicking who a real lacrosse game will go minus the other players.

The alley drill starts as a simple block-and-attack exercise but you can modify this depending on the kind of movement you want to practice. If you’re looking for a versatile drill, this is it.